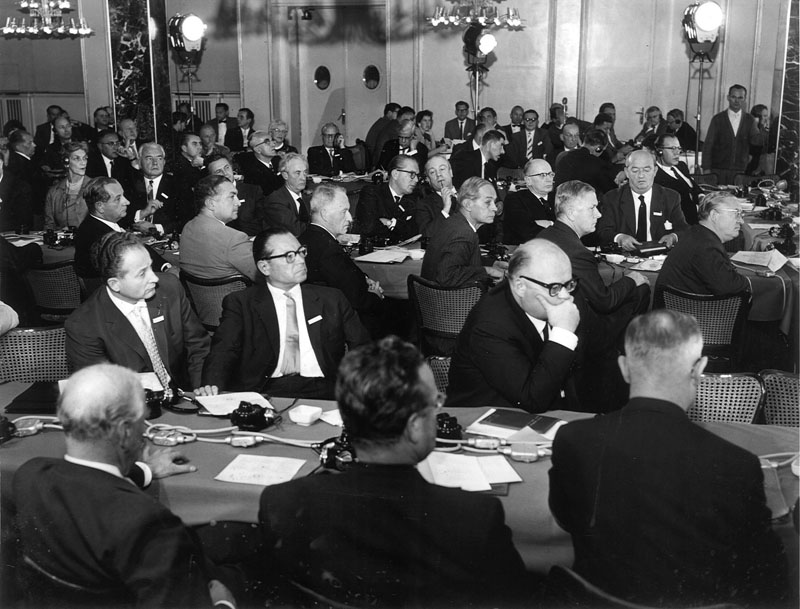 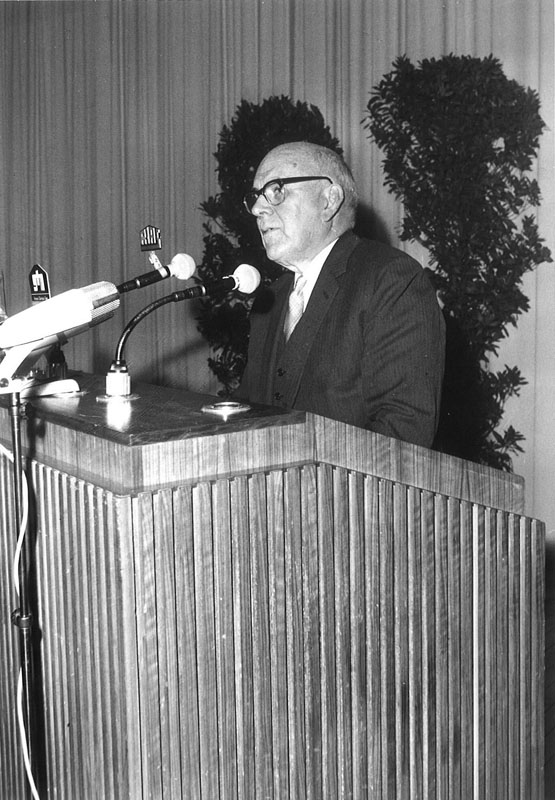 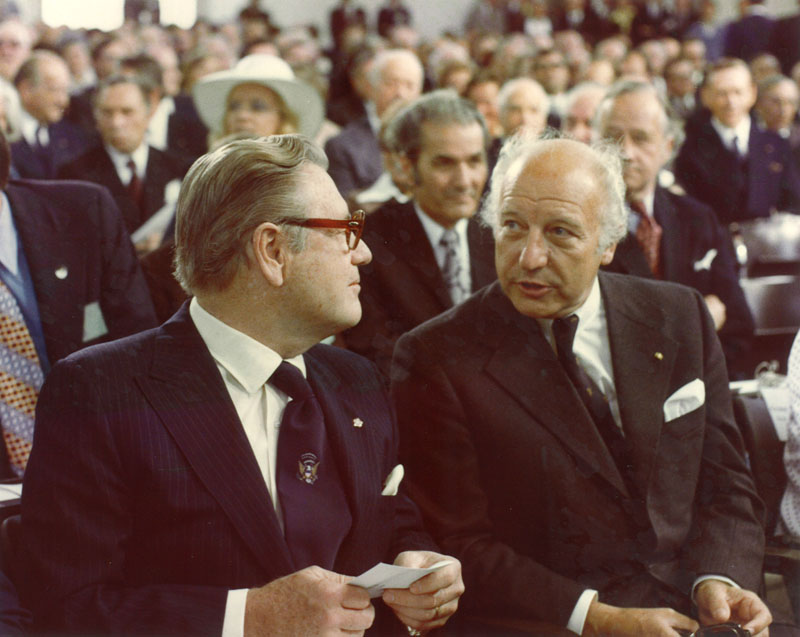 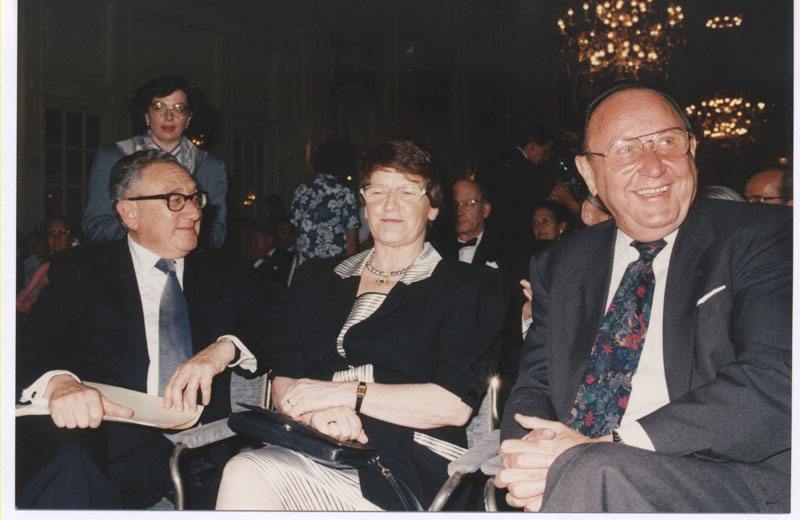 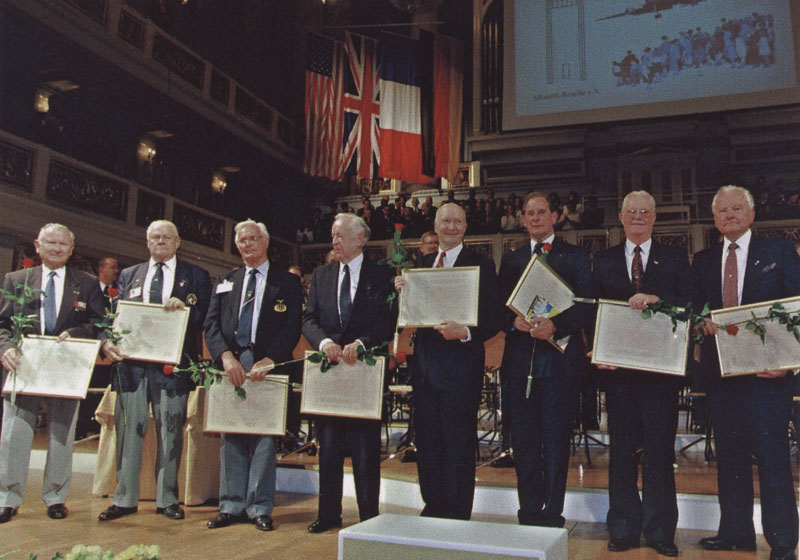 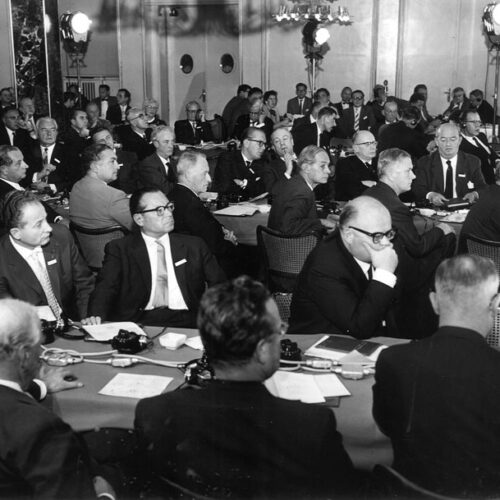 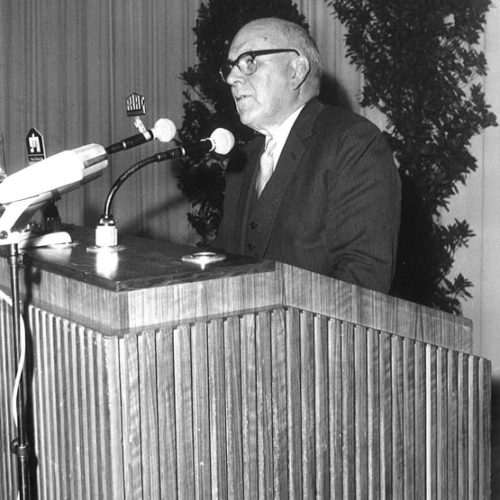 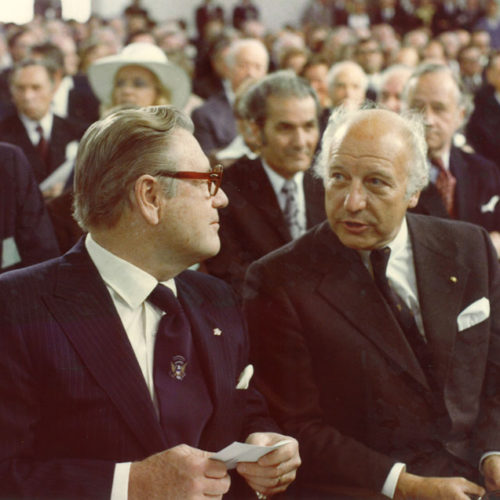 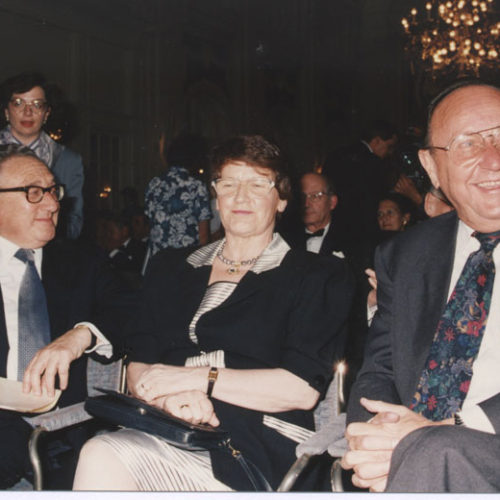 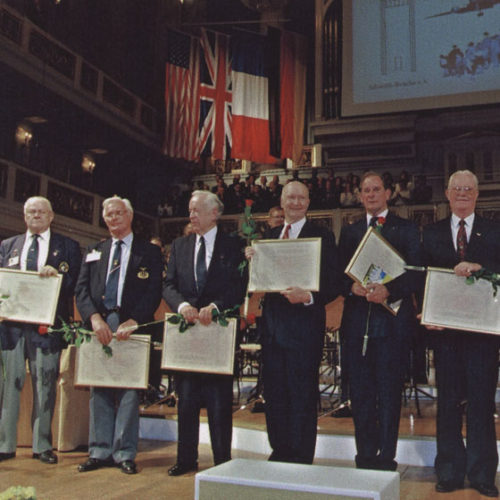 How an association supported Germany’s departure for the international community

Atlantik-Brücke was founded in 1952. The Federal Republic of Germany was young, and there was a lack of civic culture to strengthen ties with the West in the long run. The founding fathers and mothers of the non-partisan association, which bore the name Transatlantic Bridge until 1956, wanted to rebuild American confidence in the Germans. They wanted to lay a solid foundation for a good transatlantic relationship.

Atlantik-Brücke’s office was initially located in Hamburg, moved to Bonn in 1983 to seek direct contact with politics, and has been based in Berlin since 1999.

A Meeting Place for German and American Leaders

Since its inception, Atlantik-Brücke has been committed to fostering personal encounters between German and American decision makers. Atlantik-Brücke offers high ranking decision makers from business, politics and academia a platform for meeting and networking with their counterparts on both sides of the Atlantic. The number of members is limited in order to preserve the exclusivity of the association. However, the number of members has nevertheless increased from 60 to 500 over the years, reflecting the growth of the German elite since the end of the war.

At small-scale events, Atlantik-Brücke’s members and guests have always found a protected space for confidential talks on transatlantic topics. One example for these events is the German-American Conference, which was first held in 1959. Organized in close cooperation with the American Council on Germany (ACG), these conferences are hosted alternating between Germany and the US. In 1973, the Young Leaders Program was added to Atlantik-Brücke’s repertoire; with it, Atlantik-Brücke promotes interaction between young German and American professionals. In 1986, Atlantik-Brücke expanded its scope to include Canada with annual German-Canadian Conferences.

Public Diplomacy in the United States

From its very beginning, another key aspect of Atlantik-Brücke’s work has been to inform the American public about Germany and in doing so, to spur an interest in the country and its people. For example, articles and letters to the editor were published in American media to explain German points of view. Also, German seminars for American teachers were first organized in 1965, and they still continue to reach and influence – directly and indirectly – a broad audience today.

Cooperation with the American Armed Forces

Cooperation with American forces stationed in Germany has always been a great concern for Atlantik-Brücke: from 1957-1970, the association published an English-language information leaflet for American soldiers stationed in Germany. In 1963, it expanded its efforts by establishing seminars for American officers. Besides this, annual expert talks with the U.S. European Command, during which German and American Generals are joined by representatives from politics, business and the media, have taken place at Magnus-Haus since 1990.

Atlantik-Brücke after the Cold War

The transatlantic relationship fundamentally changed with the end of the Cold War. Europe and America are faced with new economic, ecologic and political challenges and are part of a close-knit global network of actors. The transatlantic dialogue deals with new tasks and will be determined by many new topics. This also affects Atlantik-Brücke’s work. Although it is true that many of the traditional program formats (such as conferences and working groups) have remained, the issues they discuss has greatly changed. Today, Atlantik-Brücke continues to focus on issues of foreign and security policy, but also looks at digitization as well as climate and energy.