Atlantik-Brücke has held annual meetings with the U.S. European Command in Berlin since 1990. The goal is to establish a confidential setting in which commanders of the American armed forces stationed in Europe (from the Army, Air Force, Navy, and Marines) and the Chief of Staff of the Bundeswehr (German Armed Forces), accompanied by his generals and admirals, can discuss current issues and questions regarding security policies with an array of experts. 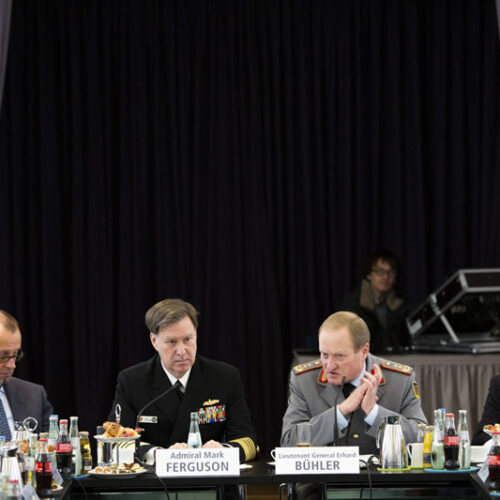