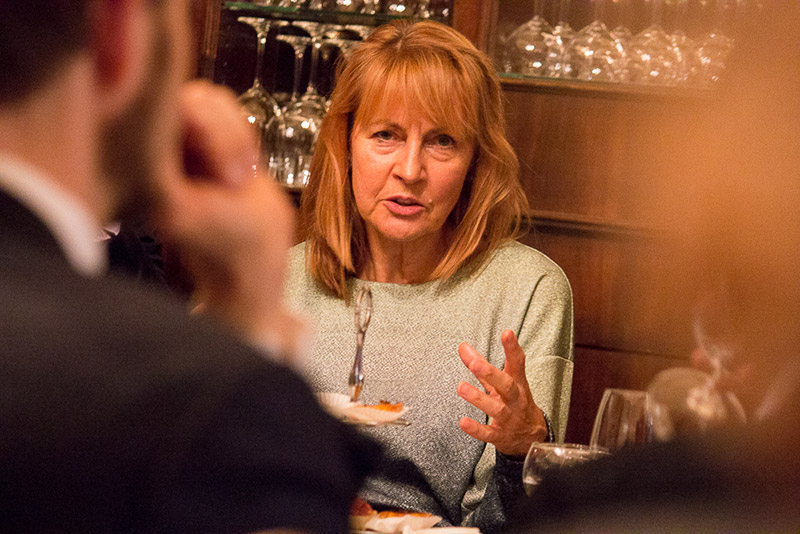 The strong election results of the AfD and the poor results of the big established parties, the Christian Democrats (CDU) and the Social Democrats (SPD), were the main topics of a discussion with Edelgard Bulmahn, Vice-President of the German Bundestag. The 25 Young Leaders alumni attending the event in Berlin on Monday were concerned about the fact that the right-wing populist AfD will enter the Bundestag, having won over 13 percent of the vote.

In addition to the question of how the established parties should deal with the new situation, the group also discussed the strong east-west divide that had become evident in the election. On average, AfD had received more than twice as many shares in the east of Germany than in the West (with some exceptions). Precisely for this reason, more emphasis must be placed on international exchange in the new Länder. In addition, a strong, content-driven debate should be initiated in the east in particular. The participants saw reasons for the success of the AfD in many Germans’ fear of the effects of large scale on society. Another reason that was discussed was the  political constellation of the grand coalition. The positions of the CDU/CSU and SPD were difficult to distinguish for the voters. The SPD’s decision to join the opposition, announced the evening before, was discussed critically. Edelgard Bulmahn, who had no longer been a candidate for the Bundestag, also stressed the need for a new generation in the political landscape.

Finally, Ms Bulmahn raised a political issue which she considered to be particularly urgent. The former Federal Minister of Education and Research underlined the necessity for more future-oriented thinking – investments in education and science were indispensable for this.

The discussion was moderated by Sarah Kelly from Deutsche Welle.