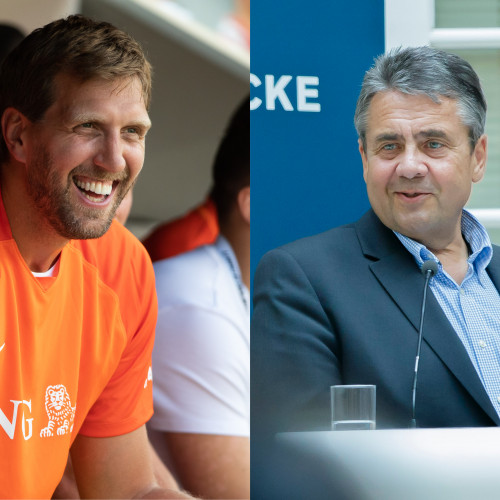 A conversation between Dirk Nowitzki and Sigmar Gabriel

Former NBA star Dirk Nowitzki and Sigmar Gabriel, chairman of Atlantik-Brücke, meet to discuss Germans and Americans, transatlantic relations and new beginnings. The basketball player and the former foreign minister have many things in common: In addition to their commitment, conviction and perseverance, they are both experts on the United States and bridge-builders between the United States and Germany. Both have had a successful career and are now devoting themselves to new challenges.

The discussion will be moderated by Juliane Schäuble, US correspondent for Tagesspiegel.

Rebound – A conversation between Dirk Nowitzki and Sigmar Gabriel is a cooperation between Atlantik-Brücke e.V., ING Deutschland and Tagesspiegel.