“We know what works: Freedom works. We know what’s right: Freedom is right” – those were the words of George Herbert Walker Bush in his inaugural address in 1989. In a time of upheaval, Bush acted in accordance with his convictions. While German reunification was controversial among the allies, Bush supported it wholeheartedly. The president cherished and trusted Germany as a partner in Europe, and was convinced that a reunited Germany would be all the more able to live up to being a “partner in leadership” (a phrase Bush coined in 1989).

With the George H. W. Bush Award, presented for the first time in 2015, Atlantik-Brücke pays tribute to George Bush’s legacy for transatlantic relations. The Award will honor distinguished individuals for their outstanding contribution to the friendship between Germany, Europe and the USA. The Awards namesake, George H. W. Bush, is also its first recipient. 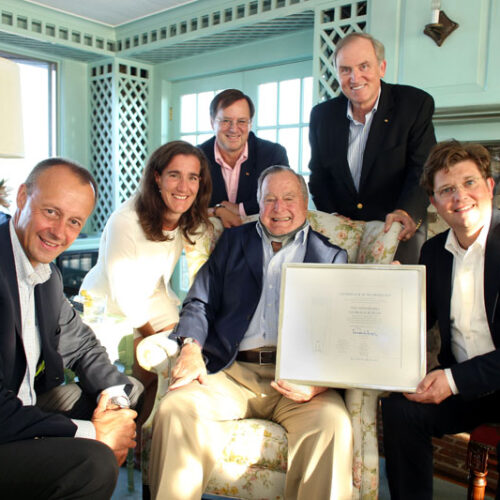