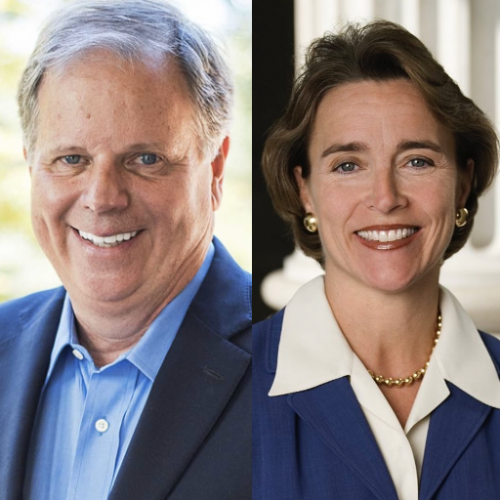 Discussion Series on the New Administration

A Conversation on the Future of American Democracy

The next discussion of our series on the new U.S. administration in cooperation with the Association of Former Members of Congress (FMC) will deal with the future of American democracy.

Our guests will be:

The United States’ political discourse continues to be shaped by an ongoing reckoning surrounding race, policing, and civil rights. New voting laws being passed in many swing states may have long-lasting consequences on American elections, voter rolls, registration, and turnout. Join us for this conversation with former Senator Doug Jones, the first Democrat to represent Alabama in the United States Senate since 1997 and who as a U.S. Attorney appointed by President Clinton, led a career prioritizing civil rights in the American South. Former Senator Blanche Lincoln of Arkansas, the youngest woman ever elected to the United States Senate, will serve as moderator.