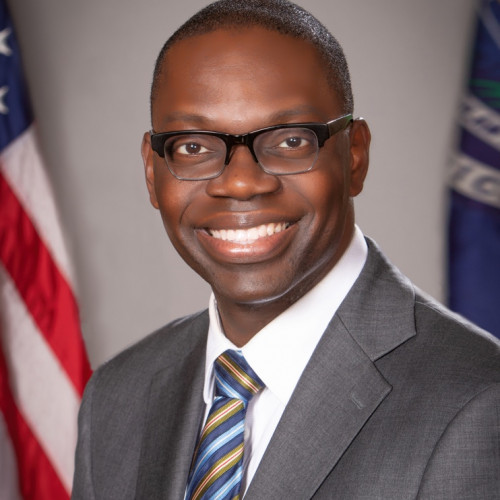 The second discussion of our “Virtual Battleground Tour”, in cooperation with the Association of Former Members of Congress (FMC), takes us to the battleground state of Michigan. Two weeks before the presidential election, Joe Biden and President Trump are fighting for the state that will play a decisive role in securing the White House. Since the early 1990s, Michigan has been a Democratic stronghold, carried by a coalition made up of union members and urban voters. In 2016, however, Republicans wrestled the state from Democrats, winning by fewer than 11.000 votes – the proportionally narrowest margin in the last presidential election.

In the run-up to the US presidential election on November 3, Atlantik-Bruecke and FMC are hosting a series of five virtual discussions that address the political, social, and demographic circumstances in states that play a critical role in deciding who will become the next president. In discussions featuring speakers from both sides of the aisle, we will examine roads to victory for both President Trump and former Vice President Biden. We take a closer look at the following factors: the key districts that are crucial for winning the Electoral College, states with a high number of delegates in the upper Midwest (Michigan, Wisconsin, Minnesota), the rust belt (Ohio and Pennsylvania) and the Sun Belt (Florida, Georgia, Arizona, and Texas) as well as problems which metropolitan and rural areas are facing. On top of that, the US is experiencing its first election cycle that takes place during a deadly pandemic.