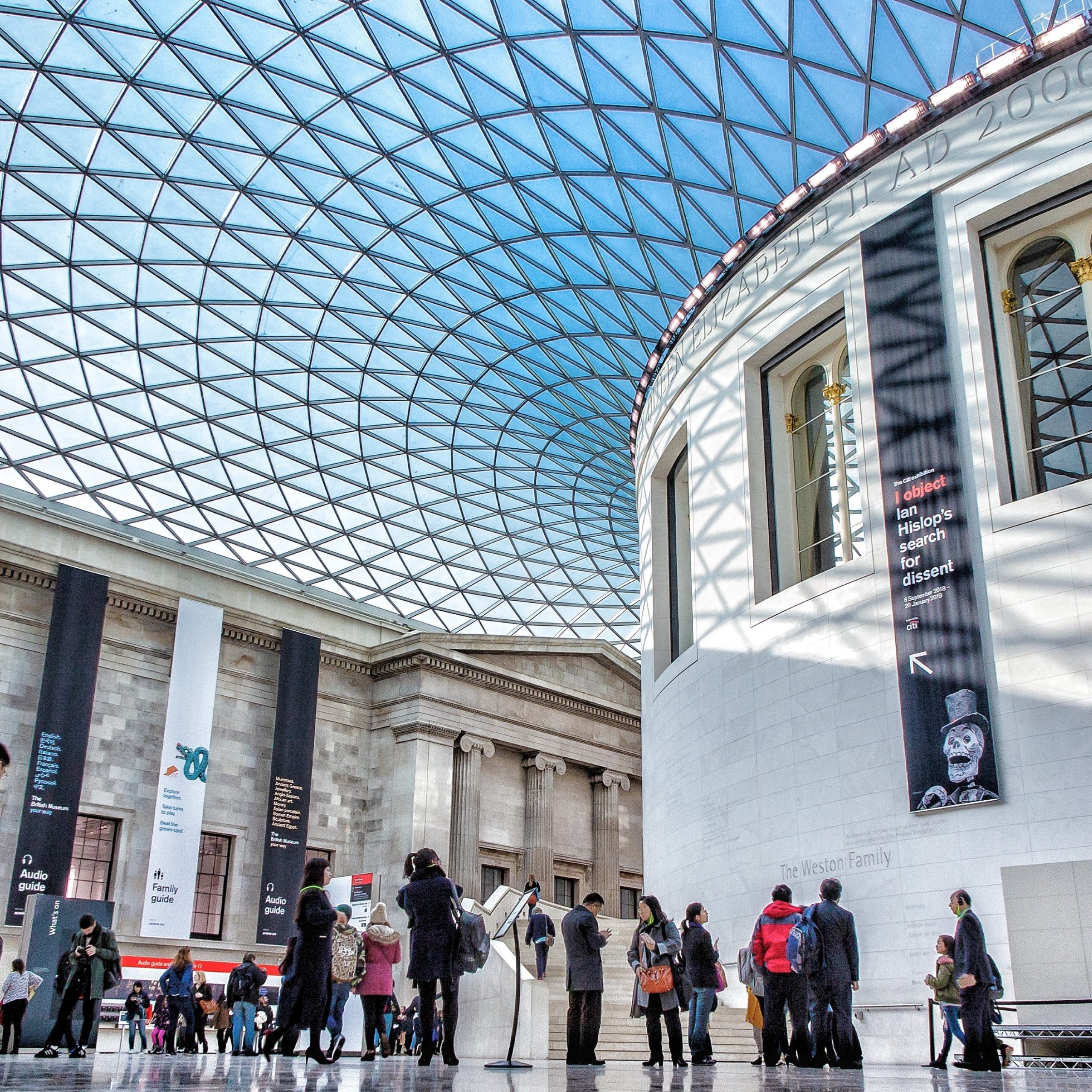 Hartwig Fischer, Director of The British Museum, will guide a tour on the topic “Cultural Bridges.” First opened in 1759, The British Museum is one of the oldest and most famous museums in the world and houses exhibits from two million years of human history and culture. It is well known for its antique collections including egyptian mummies, the Kyros Edict and the Rosetta Stone.

Since 2016, Mr. Fischer has been Director of The British Museum after being Director General of the Staatliche Kunstsammlungen Dresden. His focus was on modernizing and developing the State Art Collections, which date back to the 16th century. Mr. Fischer started his museum career at the Kunstmuseum Basel as curator of 19th-century and Modern Art and was Director of Folkwang Museum in Essen until 2012. He holds a Doctorate in Philosophy from the University of Bonn.

Following the visit, participants are welcome to join Julia Friedlander, Atlantik-Brücke’s CEO, for dinner at a restaurant nearby.