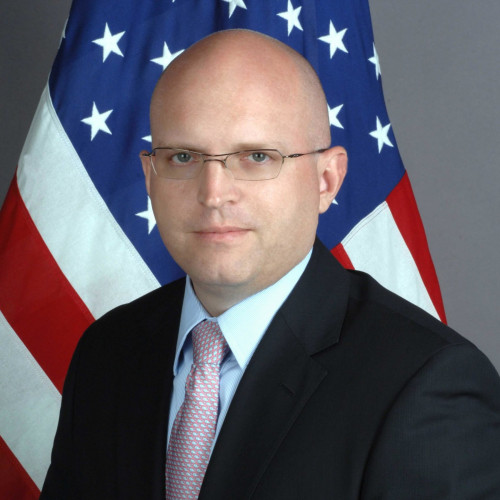 Reaffirming and Reimagining the Transatlantic Alliance: Facing Shared Challenges Together

Moderated by Dr. Anna Sauerbrey, Member of the Editorial Board; Head of Opinion Section, Der Tagesspiegel

Earlier this year, President Biden declared at the Munich Security Conference that “America is back!”. Since coming into office, the Biden administration has returned to the Paris Climate Agreement, entered talks regarding Iran’s nuclear ambitions, and demonstrated its interest in renewing the United States relationships with allies.

This is a historic and pivotal time for strengthening the transatlantic alliance and addressing NATO’s shared problems, but we also face challenges and potential pitfalls. A presentation by Acting Assistant Secretary of State for European and Eurasian Affairs at the U.S. Department of State, Philip T. Reeker, will be followed by a discussion moderated by Dr. Anna Sauerbrey, Der Tagesspiegel.

Ambassador Philip T. Reeker has led the Bureau of European and Eurasian Affairs since March 2019. Prior to taking up duties in Washington, from 2017, he was Civilian Deputy and Policy Advisor to the Commander of U.S. European Command, in Stuttgart, Germany. He served as the United States Consul General in Milan, covering northern Italy (2014-2017), and as Deputy Assistant Secretary of State for European and Eurasian Affairs focused on the Balkans, Central Europe, and Holocaust Issues (2011-2013). He was U.S. Ambassador to North Macedonia from 2008 to 2011, and Deputy State Department Spokesman/Deputy Assistant Secretary for Public Affairs, under Secretaries of State Albright and Powell (2000-2004).

Dr. Anna Sauerbrey is a member of the board and heads the opinion pages of Der Tagesspiegel and Tagesspiegel Causa, her newspaper’s online magazine for debate. She writes essays and comments for her own new monthly column on German politics and culture for the New York Times.

This event is held in cooperation with the American Council on Germany.