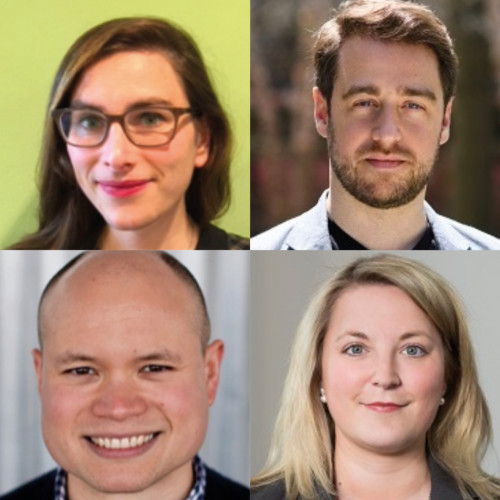 “What to Expect from 2021? A Conversation with Atlantik-Brücke Young Leaders Alumni and Sigmar Gabriel“

Our Young Leaders Alumni will be interviewed by Atlanik-Brücke’s Chairman Sigmar Gabriel and will discuss the opportunities and the remaining challenges for the future of European-American relations in 2021.

With Joseph R. Biden Jr. as the newly elected President of the United States, a new chapter of transatlantic partnership is about to begin. After four years of an increasingly fractious relationship, Biden’s presidency marks a new beginning for cooperation in the areas of foreign and security policy, technology, trade and for bridging the partisan divide in America.

Prior to his current position, he served as Director for European Affairs (Turkey) at the National Security Council.

Before joining Georgetown, he was a Postdoctoral Fellow at Princeton University, and holds degrees from Oxford, Cambridge and Yale.

Earlier in her career, she served as Director for the European Union at the National Security Council, and as a Senior Policy Advisor to the Department of the Treasury.

Prior to working for the German federal government, she co-founded and led the research center for policy making on the issue area of Autonomous Vehicles at Harvard University and worked as a TV journalist.

This event is for Young Leaders Alumni of Atlantik-Brücke. For registration please login.
Login