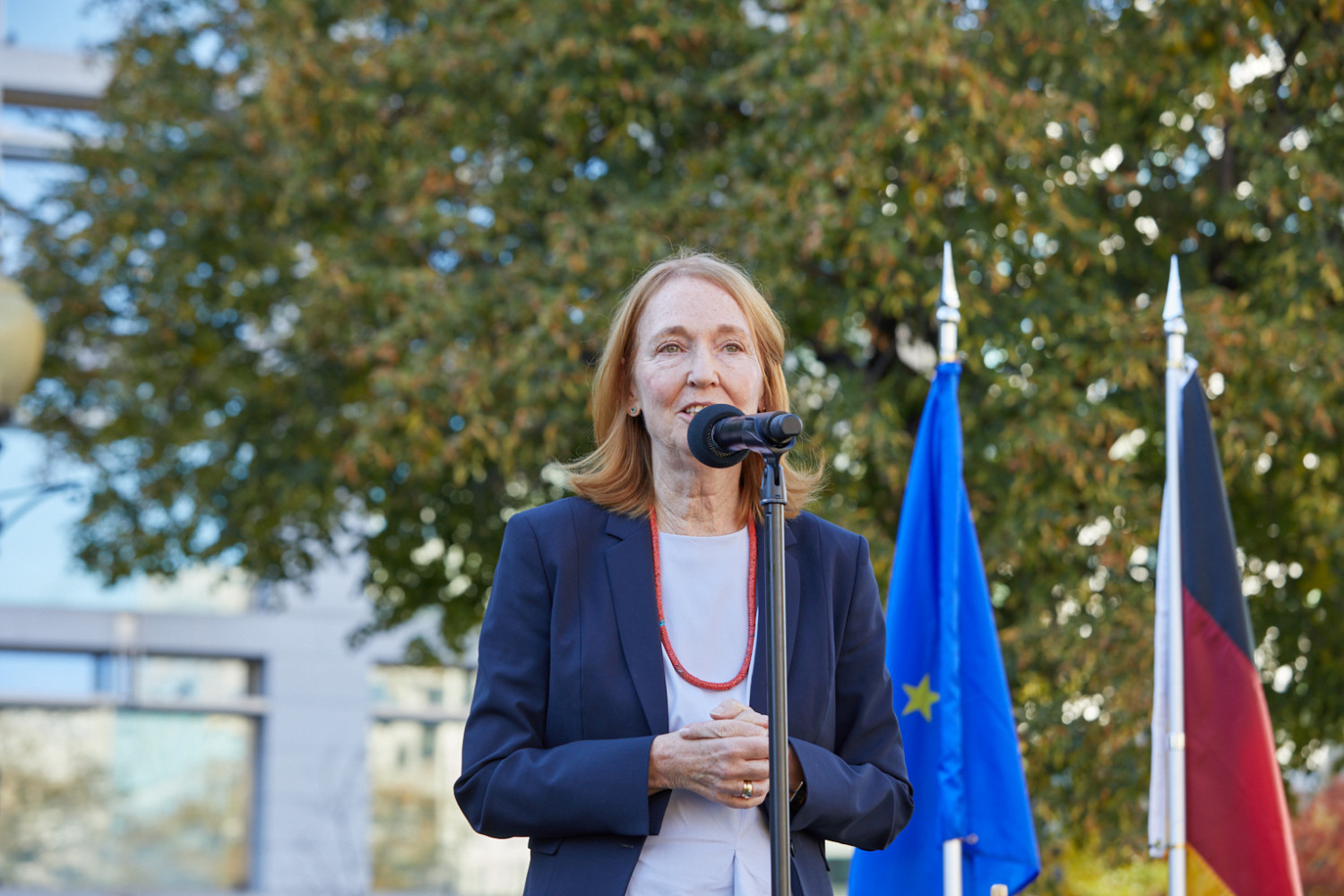 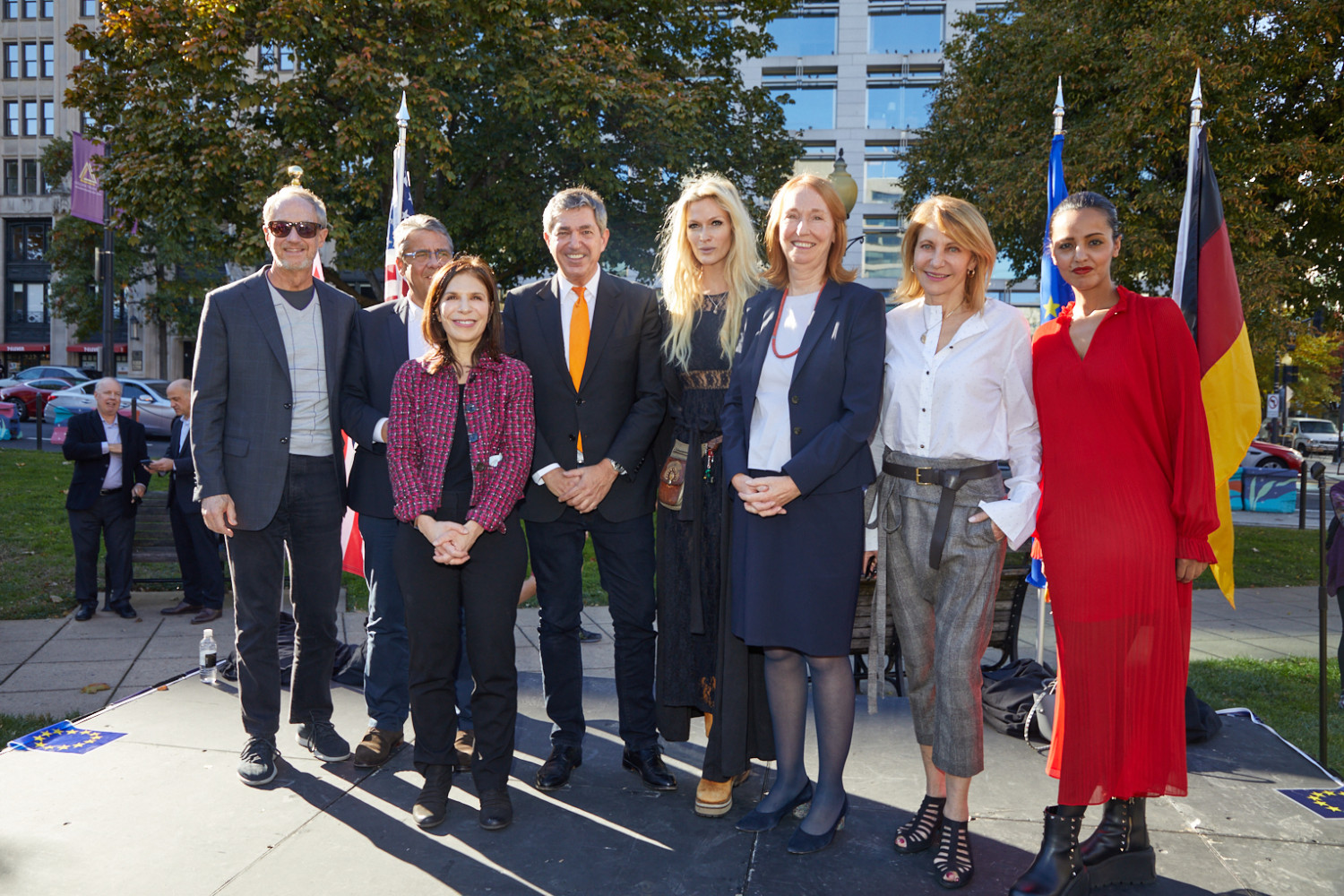 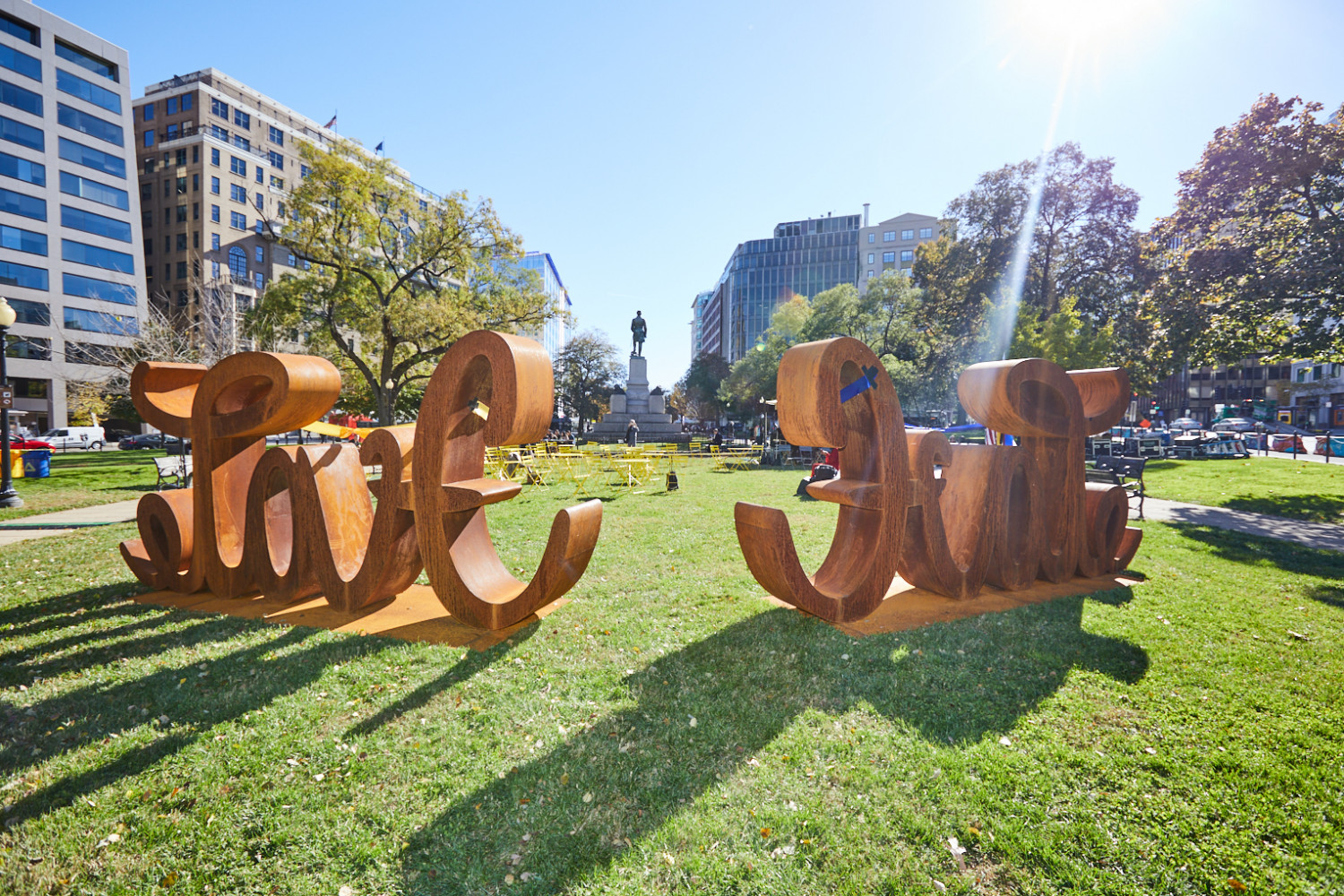 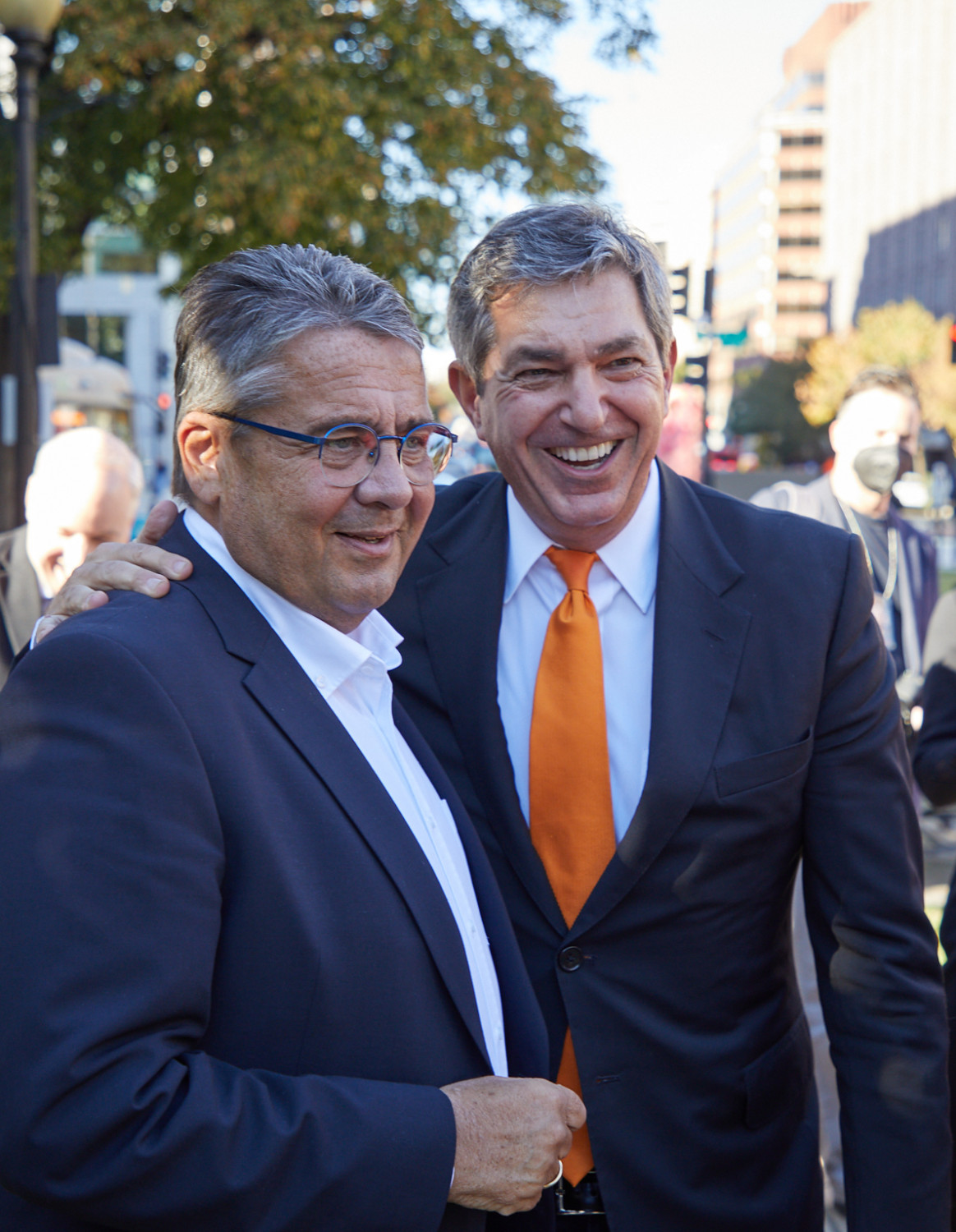 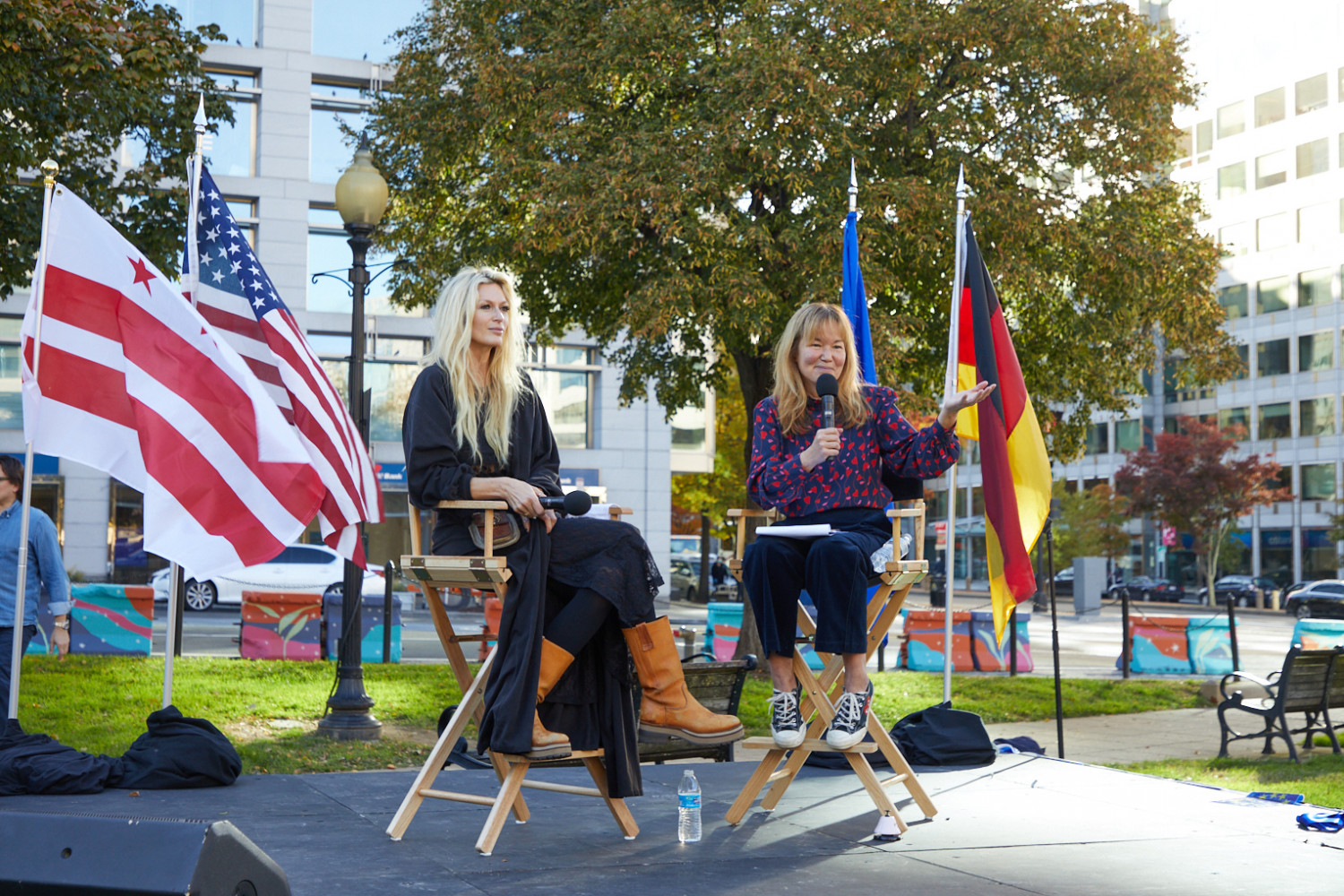 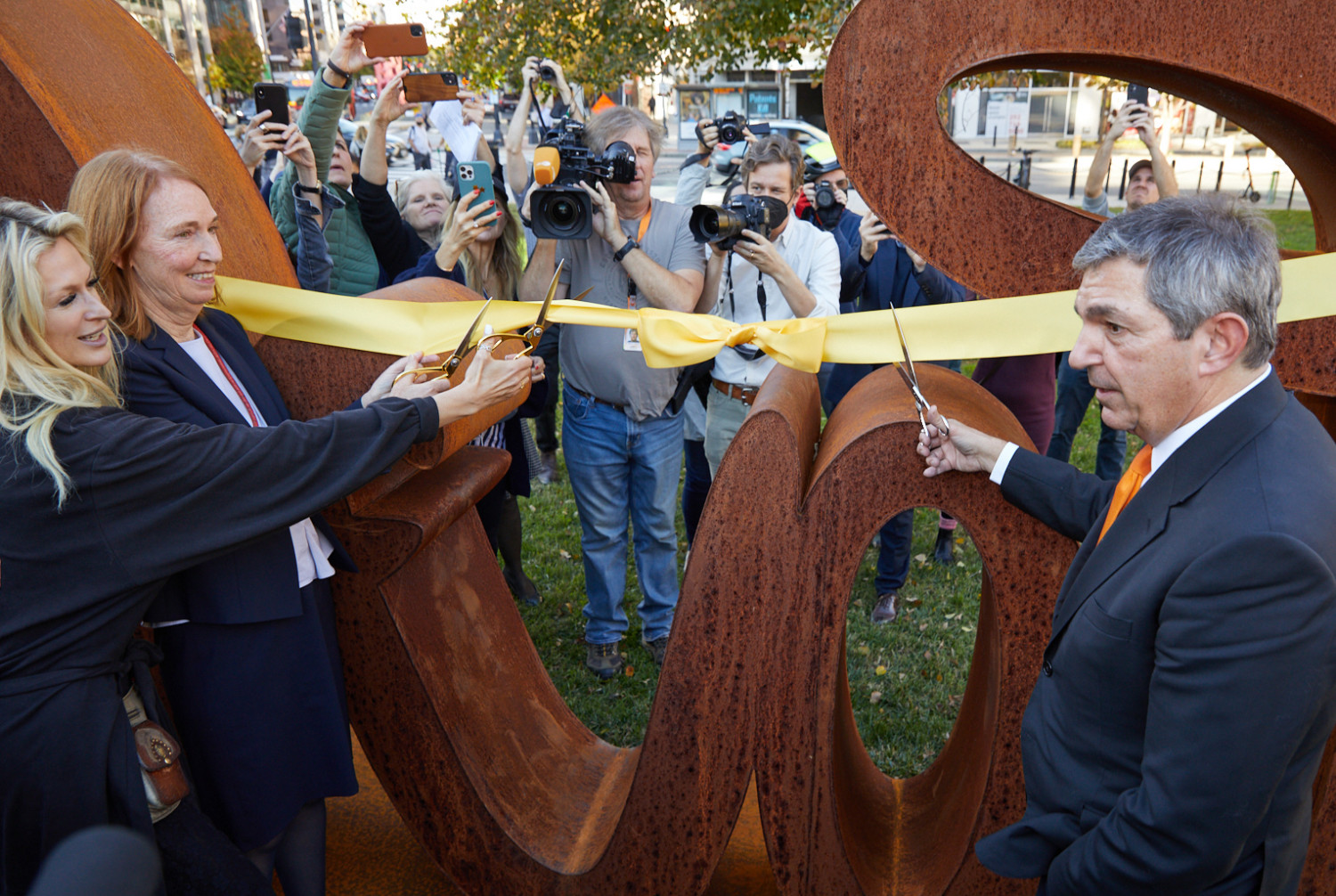 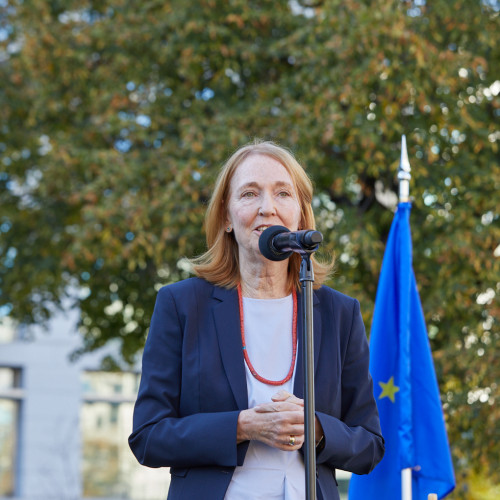 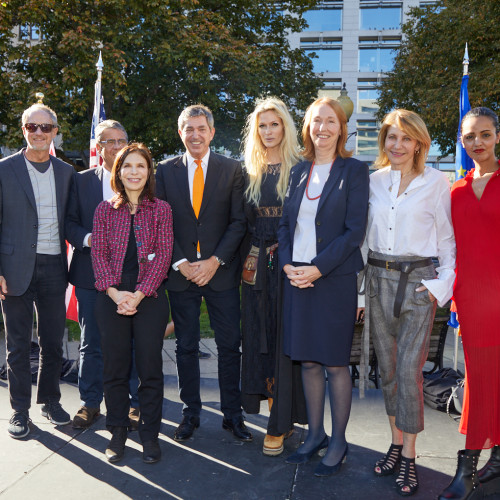 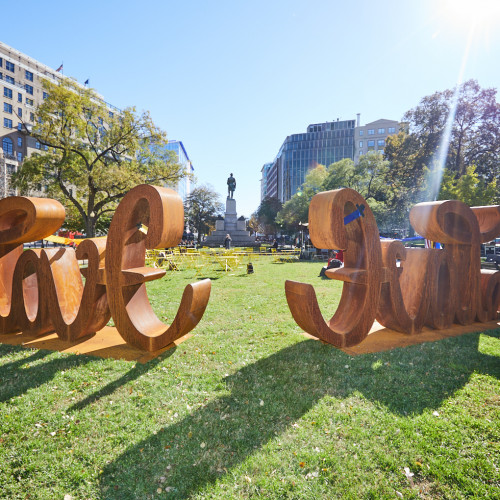 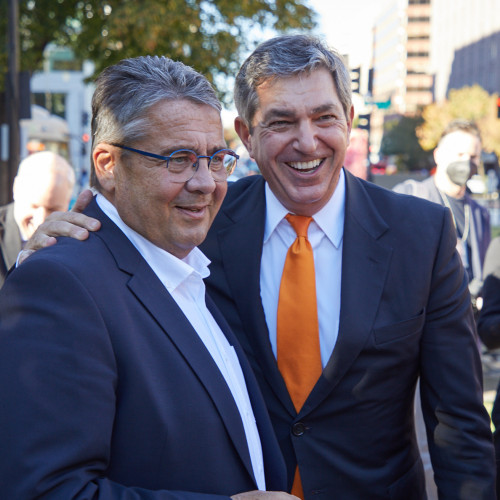 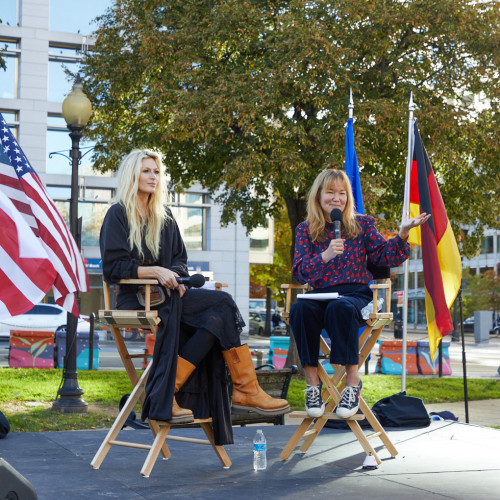 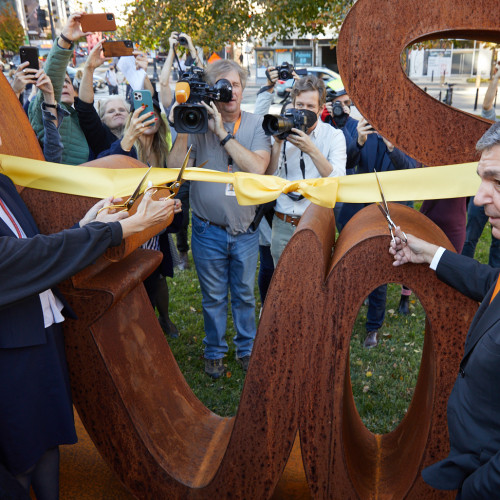 After several stops in Europe, the public LOVE HATE sculpture by Berlin-based artist Mia Florentine Weiss has now landed in the American capital and was officially unveiled on November 9, 2o21, the anniversary of the fall of the Berlin Wall. The artwork can now be viewed in Farragut Square, a park near the White House.

Joining the artist at the ceremonial opening were Atlantik-Brücke Chairman Sigmar Gabriel, as well as Atlantik-Brücke Executive Director David Deißner, German Ambassador to the United States Emily Haber, and EU Ambassador Stavros Lambrinidis. The patron of the artwork, the Plenipotentiary of the State of Berlin to the Federal Government and State Secretary for Civic Engagement and International Affairs Sawsan Chebli, human rights activist Kimberly Marteau Emerson, and former U.S. Ambassador to Germany John B. Emerson were also among the distinguished guests.

The sculpture of oversized letters combines the two words love and hate and invites a change of perspective: depending on whether you look at the artwork from the front or the back, you see the respective other word. Thus, “hate” becomes “love.”

The sculpture could also be seen as a symbol for transatlantic relations. According to Ambassador Haber, relations are “on the right track.” So after four rather tense years under President Trump, the two countries are getting closer again. However, Sigmar Gabriel stressed to German media outlet WELT: “When Joe Biden said ‘America is back,’ many of us thought it’s all back to the way it used to be. For all the unpleasant things in the world, we have the Americans and we can take care of ourselves. That time is over. America has long since turned toward the Indo-Pacific.”

The WELT report on the opening of the artwork in Washington, D.C. can be found here.

The grand opening was hosted by the European Union Delegation to the United States in cooperation with the German Embassy in the U.S. and the Golden Triangle. Atlantik-Brücke supported the launch as a network partner.