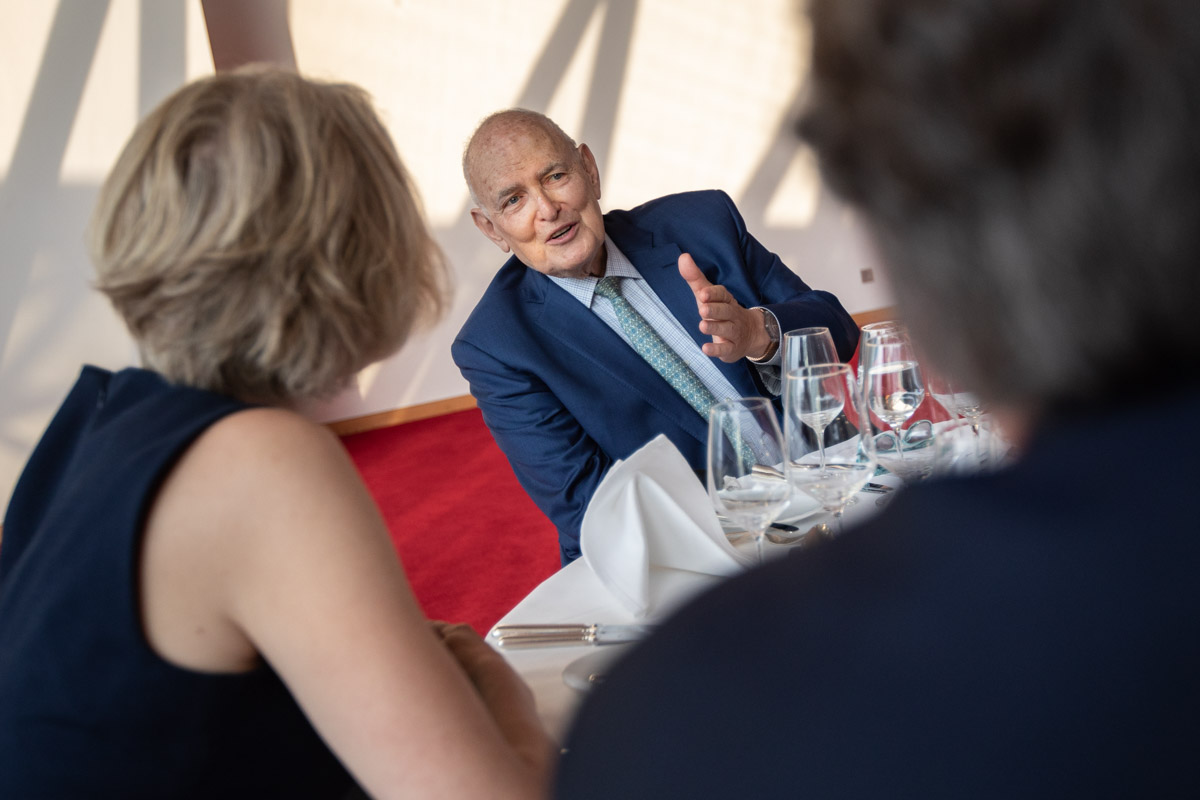 Atlantik-Brücke mourns the death of Dr. Guido Goldman. Guido Goldman died on November 30th at the age of 83 years. We bow to an outstanding scholar and one of the most prominent shapers and promoters of transatlantic relations.

Guido Goldman was born in Switzerland in 1937, the son of a Jewish father and a German mother. The family fled to America in 1940. However, Guido Goldman never turned his back on Europe or Germany. With wisdom, perseverance, untiring dedication and, at the same time, with great modesty, Guido Goldman dedicated himself over many decades to understanding, exchange and mutual understanding between Germany and the United States of America. As founding father of the Minda de Gunzberg Center for European Studies at Harvard University and initiator of the German Marshall Fund, he created and shaped outstanding institutions of transatlantic dialogue. With the loss of Guido Goldman, we are not only losign an advocate of the transatlantic partnership , but also a good friend and valued dialogue partner who was closely associated with Atlantik-Brücke for many years. His voice will be missing.