The Megatrend of Digitization 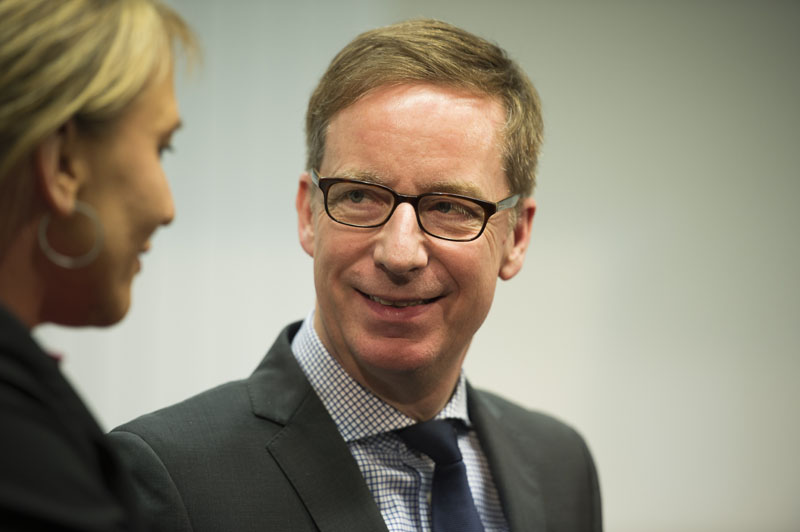 Digitization is on everyone’s lips, not least because smartphones are in everyone’s hands. Political efforts have been made to tackle the subject and have even led to the development of a digital strategy. Economists, however, view this major trend of structural transformation more cautiously since the great promises and hopes of digitization for bringing economic innovation and growth, until now, have not been brought to empirical proof. Instead, we are discussing the loss in productivity on a global level. In any case, the much-vaunted phenomenon of digitization has not gained ground in this area so far.

Additional questions arise when trying to describe and define digitization in strict economic terms. The public perception is that service sectors which predominantly focus on private households and, therefore, on consumers dominate the economic landscape. Here, the effect of digitization is evident: Our smartphone navigates us through everyday life, makes controlling situations of our private life possible, carries information on potential opportunities to us in real-time, or links us to social media outlets.

But is this the outstanding economic effect of digitization? No. The Industrial Internet, which is called Industry 4.0 in Germany, stands for the transformation of industrial creation of value caused by digitization. Until now, this process has mainly taken place independently of the digitization of private life. And it still remains unclear by which means economic reality is being shaped more significantly. Basically, the industrial sector is concerned with the future of its existing business models.

The term Industry 4.0 stands for a forth industrial revolution and a new level of organization of – and control over – the entire supply chain during the products’ complete life cycle. This cycle increasingly concentrates on individualized consumer demands and includes everything from the first idea and the order, to the development, production and distribution to the consumer, as well as to recycling and all associated services. In a nutshell, the Industrial Internet is all about the cost-efficient supply of lot-size 1.

Two elements constitute the foundation of this endeavor: The real-time availability of all relevant information by connecting everyone involved in the production process as well as the skill to derive the ideal value creation process from this data at any time. By linking persons, objects and systems to each other, dynamic, self-organizing and cross-company value creation networks evolve, which are optimized to function in real time and which can be further optimized according to criteria such as cost, availability, and resource consumption.

In order to answer the question on whether and how the industrial sector manages the structural transformation resulting from digitization, it is important to understand the national economic business model. MIT has published a research study on this topic (see Berger and MIT Task Force on Production in the Innovation Economy (2013), Making in America: From Innovation to Market. Cambridge, MA.) The study closely examines the German business model that stands out compared to others with its strong industrial basis, its tight connection to the service sector, and its export strength.

The industrial sector is Germany’s economic hub. It dictates the rhythm of the trade cycle and acts as the initiator for structural change. Its influence has profound consequences for value creation within the service economy. This “joint production” is one of Germany’s and Europe’s unique selling points which lead to opportunity for clients to develop differentiated and complex solutions by still staying cost-efficient at the same time.

Standards and norms that are going to define the future market are crucial in order to determine what form of digitization – smart living or Industry 4.0 – will be the predominant feature of this trend or whether the two will complement each other. The initial circumstances of the great economies are very different in this prospect. It is still open who will be setting the standards or whether many initiators might handle the task and who, in that case, will take the lead. Germany’s advantage indeed lies in its elaborate industry with the ability to differentiate and handle complexity. The advantage of the United States results from its potential derived from internet companies using big data and its great financial funds.

What is the role of the state in this? Broadband deployment is the number-one priority. This might not be surprising but is important nonetheless: The federal German government has postulated certain strategies on handling digitization, but the investments for expanding the broadband network has been neglected for the time being (1 billion Euros were cut out of the coalition agreement). The second most important topic is the international organization of competition and a data-processing law, specifically regarding data protection and data security.

Professor Dr. Michael Hüther is the Director of Institut der Deutschen Wirtschaft Köln and a Member of the Board at Atlantik-Bruecke.