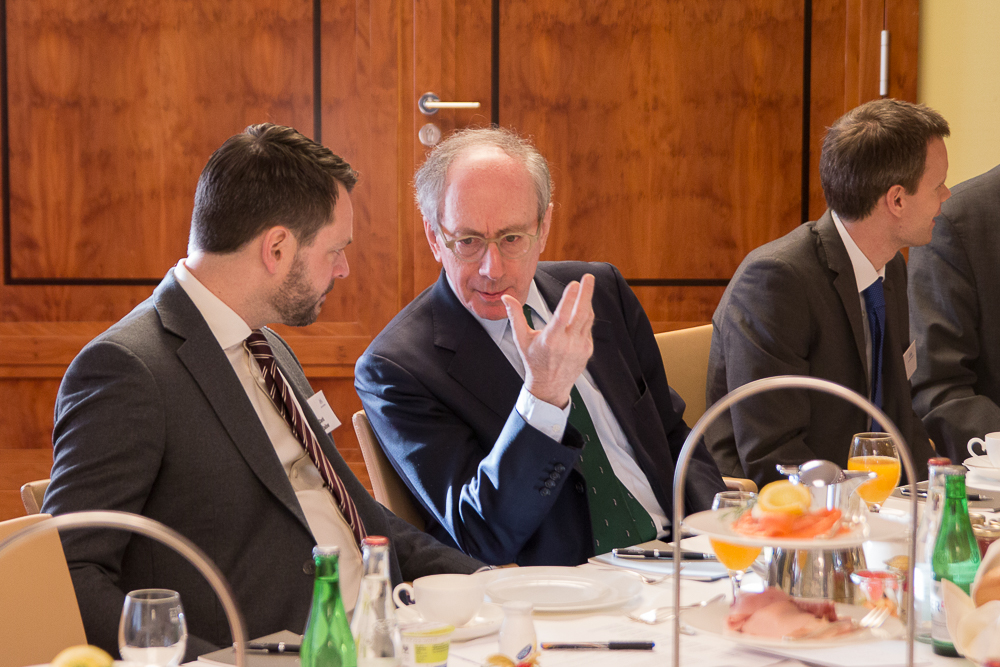 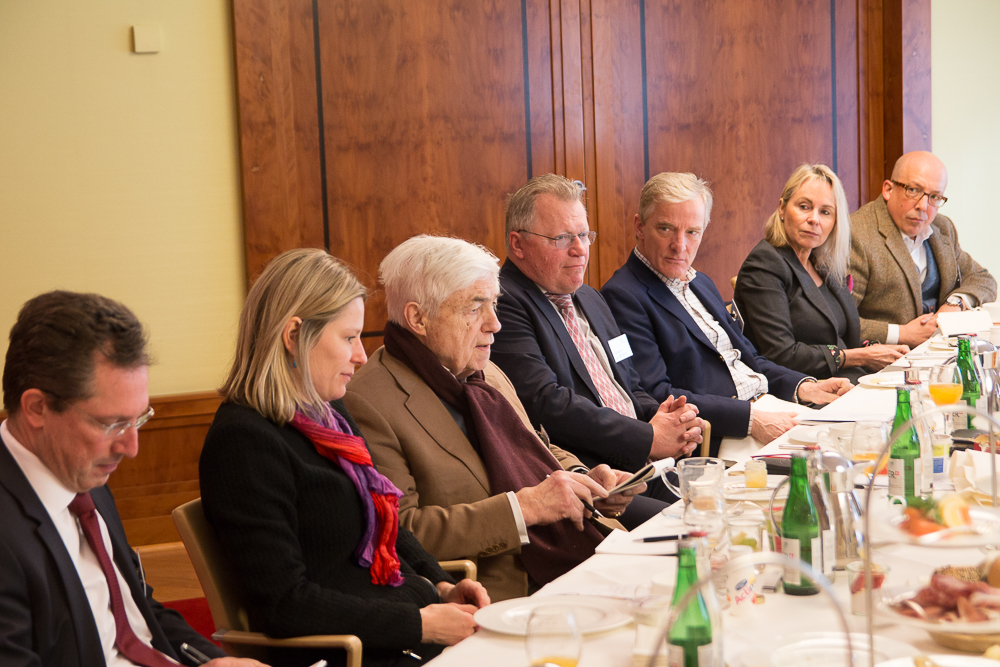 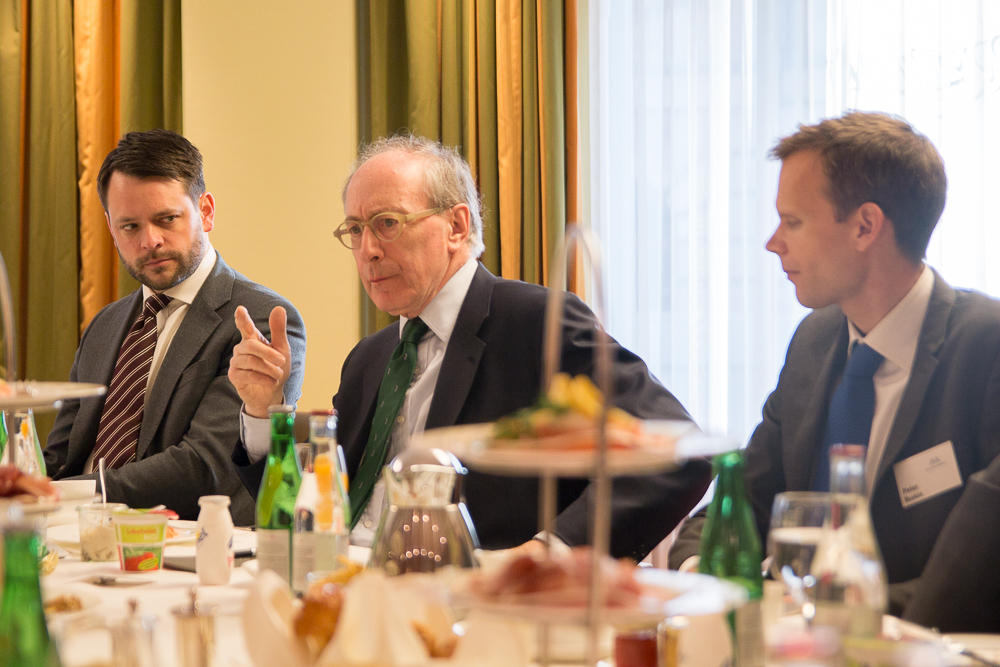 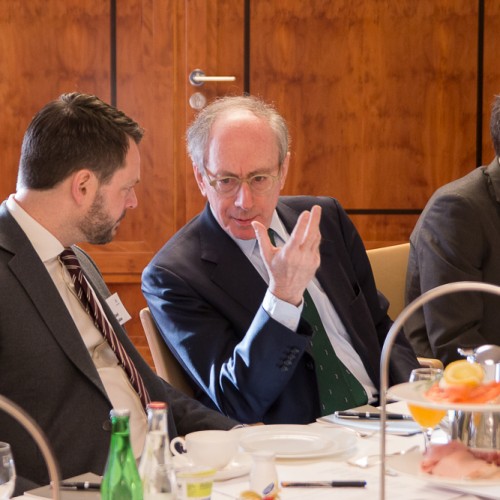 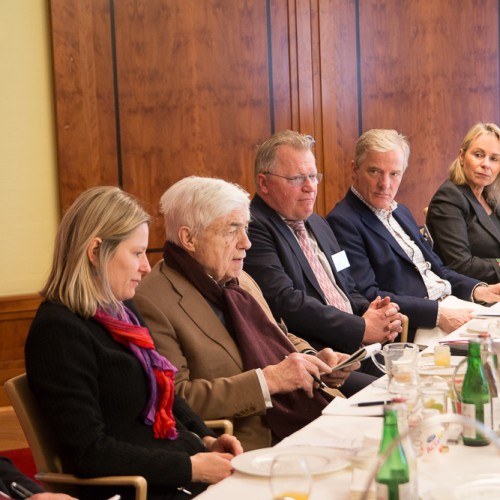 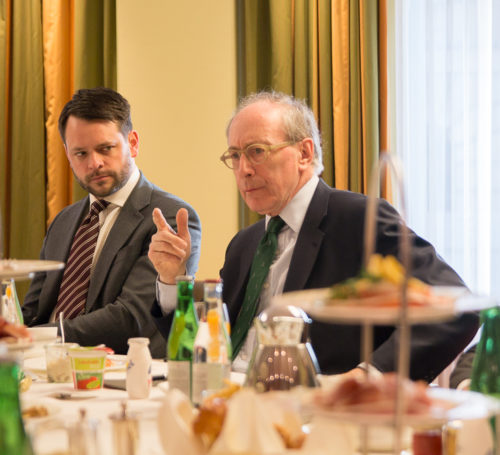 Sir Malcolm Rifkind, who served as the UK Defence Secretary between 1992-1995 and as Foreign Secretary between 1995–1997, joined Atlantik-Brücke in Berlin for a discussion on “The Transatlantic Alliance Post Brexit”. Sir Malcolm shared his insights on defense spending, the West’s stance towards Russia and China, and the future of the European Union.

1. „There is no isolationist trend in the UK, and no one wants to lose the internationalism which has been part of our [UK] thinking for the last 200 years.“

2. „If the EU fails, the person who will be most delighted is Putin. The Chinese simply don’t pay as much attention. But don’t forget: for 18 of the last 20 centuries, China has had the largest economy in the world.“

3. „What causes me most concern is the possible fragmentation of the European Union.“

4. „The UK referendum result was an accident waiting to happen.“

5. „One of the EU’s biggest issues is how it will reconcile enlarged integration with the democratic deficit.“