“The U.S. has sold out the Kurds numerous times” 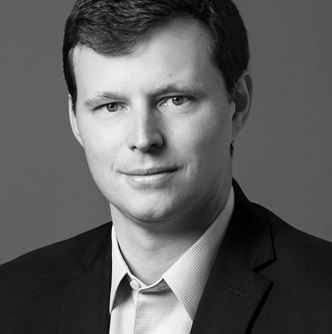 Joshua Walker views the Turkish military offensive in northern Syria as tragic, but in its emergence, as inevitable. The Global Head of Strategic Initiatives at Eurasia Group discusses in Atlantik-Brücke’s Transatlantic Call America’s foreign policy credibility, the late response of the EU, and a comeback of ISIS.

Listen to the conversation:

Joshua Walker, on October 9th of this year Turkey launched a military offensive in northern Syria which is directed against the Kurdish YPG militia. This step was facilitated through the withdrawal of U.S. troops from the region. What does this mean for the credibility of the United States in the Middle East?

American credibility and foreign policy have suffered not just in the Middle East. Although you could shrug and say American credibility has been suffering for a long time, not just under the Trump presidency, but ever since the so-called red line that was set by the previous administration in Syria. Nobody should have been surprised. The U.S. has sold out the Kurds numerous times. This was inevitable in coming, but it is still tragic to watch all the human suffering. It was not a matter of if but a matter of when. The surprising nature of this is how quickly it escalated and became a global crisis. To see the way in which the power vacuum that the United States has left in Syria has been filled by Russia, Iran, and now Turkey which used to be on different sides is particularly interesting to watch. October 9th joked at our military officials who have been working so closely with our Kurdish allies.

Which role does NATO member Turkey play in this situation in northern Syria regarding the Kurdish forces?

On Board! Finland and the New NATO
„The defense of democracy is the defining challenge of our time.“
“The State of Trust and the US-German Partnership: A Transatlantic Survey”

From the beginning, the Turks have been the main protagonist. Turkey is the second largest military power in NATO in terms of the number of forces, and it is a sophisticated fighting force. The fact that it is also the Muslim majority power has always led Turkey to have a larger seat at the table. Turkey shares one of the longest land borders with Syria. From the very beginning of the Syrian uprising, Turkey has been very clear about its position: It is against Assad, but it also believes that the YPG or the PKK is a terrorist organization that represents an existential threat to the republic of Turkey. Turkey has been waging a war against this group for a good thirty-year period from the eighties onward. Thousands of lives have been lost.

There is a domestic context here for Turkey as well. President Erdogan, who has been flagging with his popularity, needs to find a reason to continue his policy given on what happened with the Istanbul municipal election recently. There is no political party in Turkey, with the exception of the HDP, that does not believe that this is the right course of action. There has been a steady drumbeat of war. Erdogan seized the opportunity.

There has been a steady drumbeat of war. Erdogan seized the opportunity.

What happens if Turkey invokes Article 5 of its NATO membership if it is attacked by some Kurdish forces?

First of all, a lot of us thought that because Turkey is a NATO member, perhaps it would not take these actions in Syria. Invoking Article 5 could cause an internal crisis in NATO. The bigger discussion in Washington is the following: With allies like this, what should we be thinking of NATO as we know it is no longer a relevant force inside of Turkey because of Turkey’s behavior, not just in this particular case with Syria, but also with the Russian S-400 weapon systems that have been bought? We as transatlantic friends struggle with this question.

Will Russia and Iran, which both protect the regime of President Bashar al-Assad geopolitically, benefit from the new reality on the ground in Syria?

Absolutely. The Astana process by which Russia, Turkey, and Iran have been negotiating these issues, even when there was a more adversarial relationship between the three capitals, has picked up to be one of the main deciding factors. If I am Syrian today, unlike in the past when I would need to go to Switzerland or New York to try to figure out what my fate would be, increasingly this is beginning to flow through Moscow and Teheran and to a lesser extent through Ankara. Because Ankara is playing much more like a regional player. Turkey seems to be focusing its energies on its regional aspirations and particularly protecting its sovereign territory, versus Russia, who is playing the role of a spoiler. Wherever it can really stymie unity or international efforts, it is doing so in a powerful way. It is really breathtaking to watch how Russia, which is from a purely numbers point of view a very weak power, is punching well above its weight. The difference between Russia’s actions and Iranian actions is that Iran has a much larger regional game here that is playing out with Hezbollah, Lebanon, and its antagonism of Israel.

It is really breathtaking to watch how Russia, which is from a purely numbers point of view a very weak power, is punching well above its weight.

Syria that has been in a civil war for more than eight years becomes once again a site of further combat operations. These cause an ever-increasing number of deaths and force tens of thousands of people to flee. Which responsibility does the West bear for this tremendous humanitarian crisis?

It is easy to point fingers. The West did not inspire the movements that led out of the Arab spring in Tunisia, Egypt, Yemen, and Syria. However, if the West had lifted a finger and put it on the scales in the Syrian War on one side or the other, we would have clearly made a difference and changed the outcome. If we had had even half or a third of the political will, that the Iranians or the Russians had in protecting Assad, in eliminating him, it would be over. Ultimately, we are all to blame for where we are. We are in the worst of both worlds.

There is an amazing amount of continuity with our policies. Even when Obama decided not to enforce the red line, there were still American forces there: State Department, U.S. Aid, intelligence, and defense. With the “New Beginning” speech in Cairo, the Obama administration put the rhetoric out ahead of its actions. When the actions did not meet up to the rhetoric, there was a real disappointment and cynicism that developed about America’s intentions in the region.

When Trump came in, there was an initial honeymoon period. Trump does not seem to have any appetite for foreign intervention and seems to want to get everybody out of the so-called endless wars. Yet many of the agencies I described continued to do business as usual in the region. Until last month, when Trump telegraphed Erdogan that he is not doing anything more and pulling American soldiers out. Now you see a real anger and backlash when you look at the Republican response to President Trump’s abandonment of the Kurds. Almost all foreign policy professionals were uniform in saying this is a pretty significant and bad move on Trump’s part. This is a lose-lose situation in a worst-case scenario.

Now you see a real anger and backlash when you look at the Republican response to President Trump’s abandonment of the Kurds.

German Defense Minister Annegret Kramp-Karrenbauer suggested to establish an internationally controlled security zone along the Syrian-Turkish border in cooperation with Turkey and Russia. What is your take on this?

I am disappointed about what I am seeing because it seems like it is too late. If there is one silver lining, it is to see that Germany is realizing it has to play a larger role. But while this proposal sounds really forceful and it is a great talking point and headline, the Europeans should have been more proactive and focused on Turkish concerns beforehand. That is not even to mention the EU membership, which we do not even talk about anymore. That used to be the biggest driver of Turkish foreign policy. I am concerned that clearly the EU does not seem to feel like a real foreign or security power when it comes to Turkey.

If there is one silver lining, it is to see that Germany is realizing it has to play a larger role.

Is the EU at least to some extent prepared for new high numbers of refugees seeking shelter in the European Union? Or is this rather not the case, and Europe is very much depending on the agreement it has completed with Turkish president Recep Tayyip Erdogan so that more than three million Syrian refugees living in Turkish camps do not enter the European Union?

The EU is clearly dependent on Turkey. The EU has simply made the short term negative case of saying: We will pay you to keep the refugees there. There is no long-term solution. Turks are now literally piling refugees into trucks and driving them into Syria. Generally speaking, it would be a mistake to give up on Turkey. The Europeans are in danger of losing their relationship with Turkey over their fears related to national security concerns.

What are the ramifications of the latest developments for a potential reinvigoration of ISIS in the Middle East?

First of all, the killing of Baghdadi was a real blow. The fact that other top ISIS deputies were being knocked out may be the one positive silver lining. The broader ramifications are that there is a power vacuum. Russia has no interest in stopping a reinvigoration of ISIS, and Assad doesn’t really control all of his territory yet. If the Kurdish forces, which were fighting ISIS do not see any incentive to continue doing this, extremist forces like ISIS and al-Qaida will come back. I just worry, that we are so reactive at this point in time that we are just one terrorist attack away from something major.

I just worry, that we are so reactive at this point in time that we are just one terrorist attack away from something major.

What kind of overall strategy would you recommend to the transatlantic partners with regard not only to Syria but to the whole region in the Middle East?

One of the challenges we have for an overall strategy is that all of us are very distracted at home. You have to start at home. We as transatlantic partners have to focus on our core interests that we still share as a community of nations. NATO as the largest and most powerful and historic military alliance still has a role to play in protecting us and also in terms of working together. We are stronger together than individually. Turkey is a perfect example for us to cooperate with. Nobody has an interest for Turkey and its economy to go off the ledge. We need to find a way to reorientate our relationship with Turkey in a realistic manner. There are bright spots that we should be looking at, particularly in the economic sphere, when it comes to the Turkish youth and education system.