“TTIP: A Historic Opportunity for the Transatlantic Partnership?” 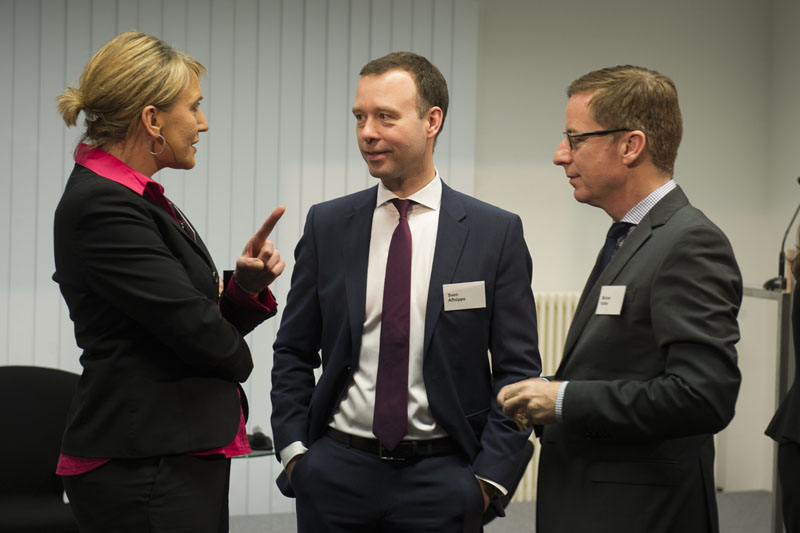 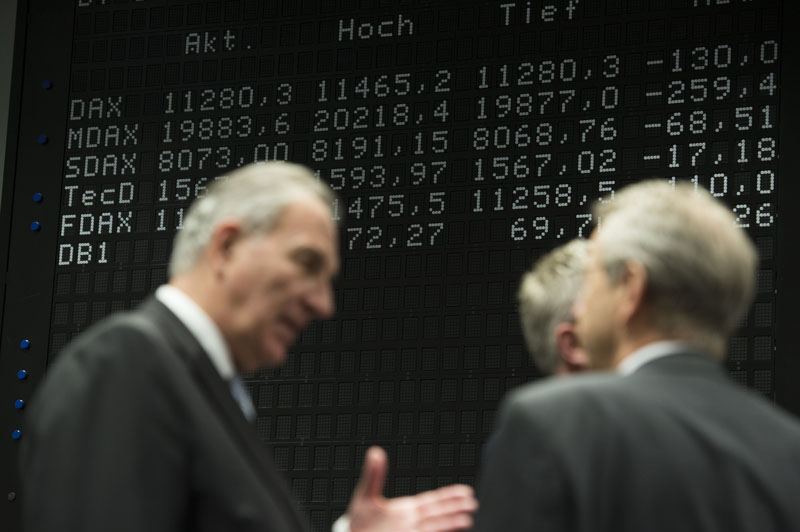 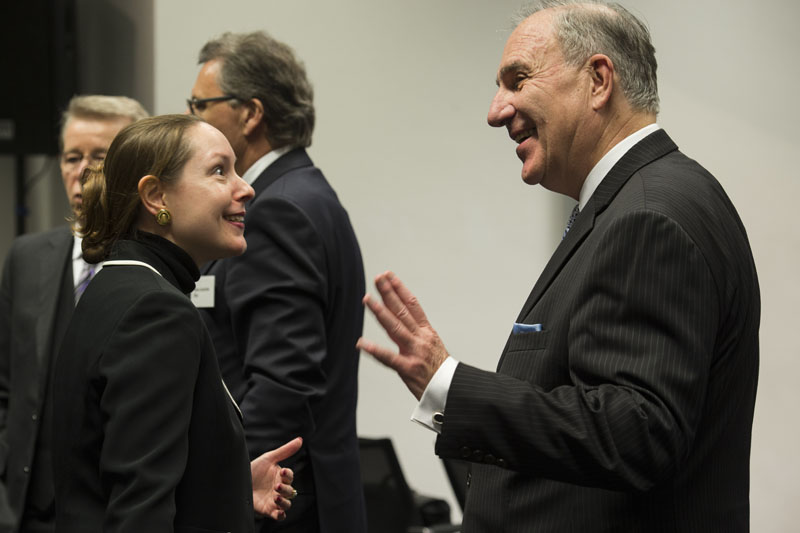 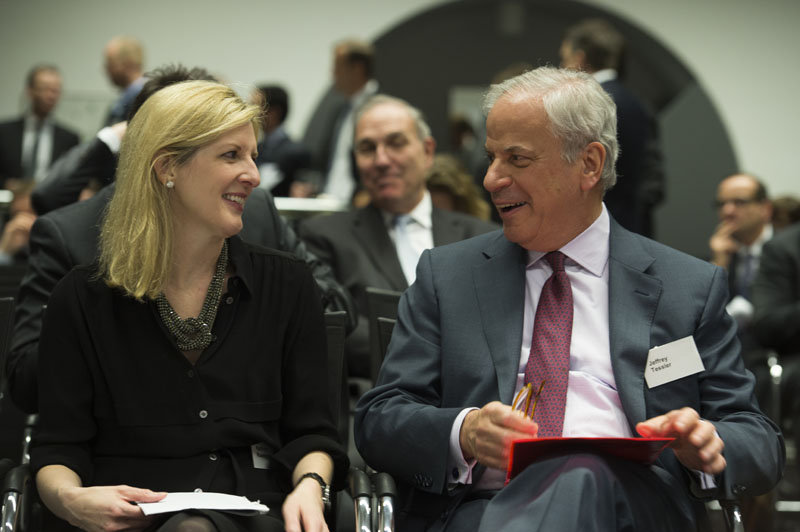 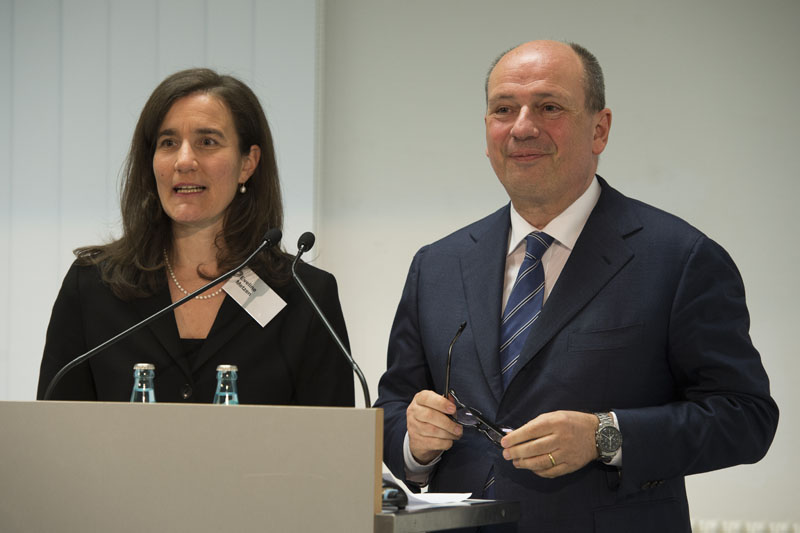 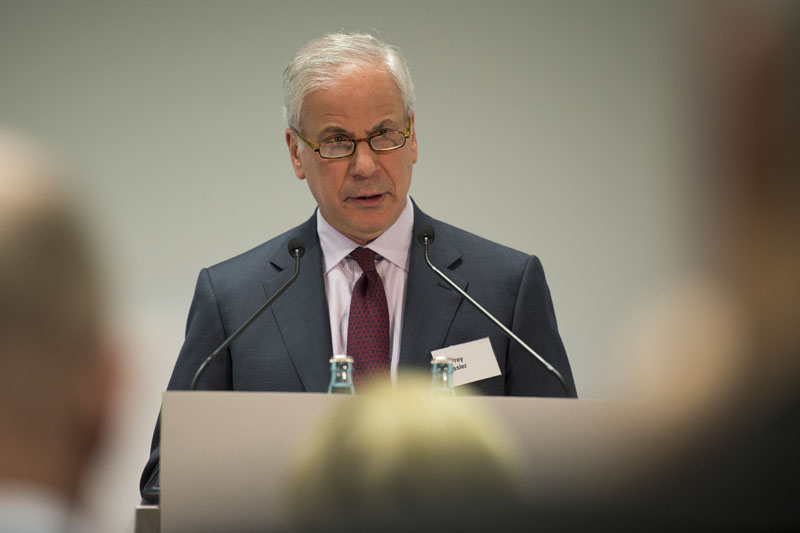 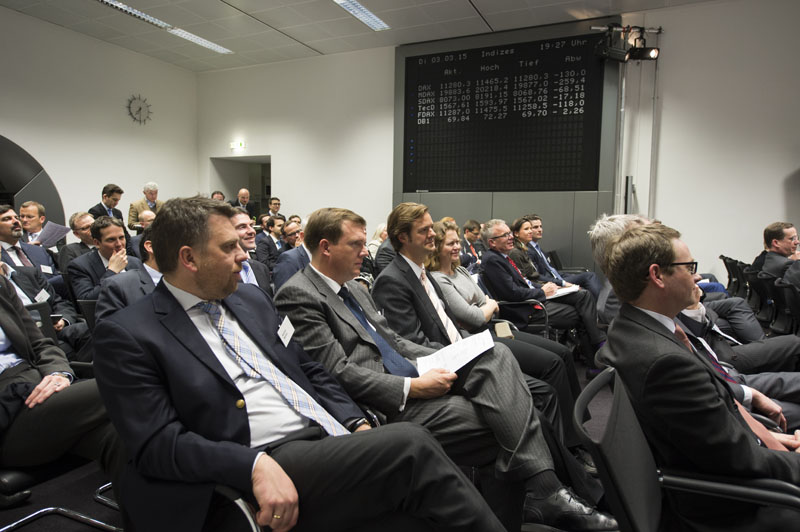 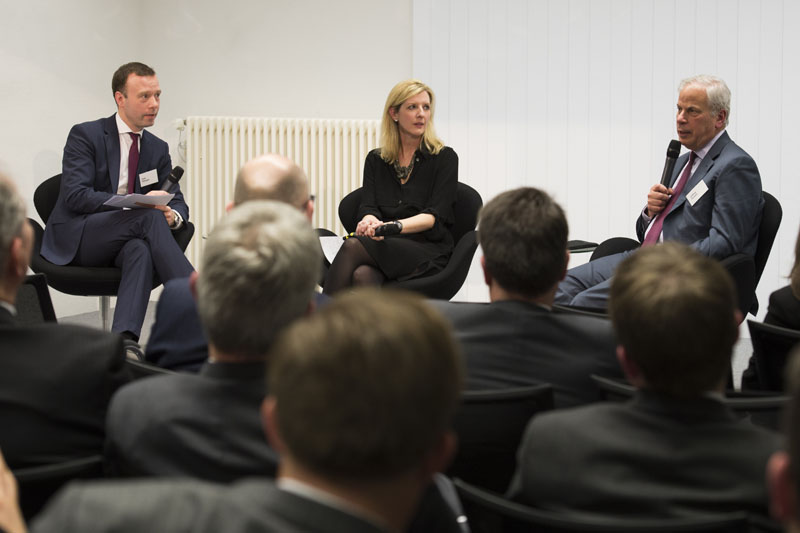 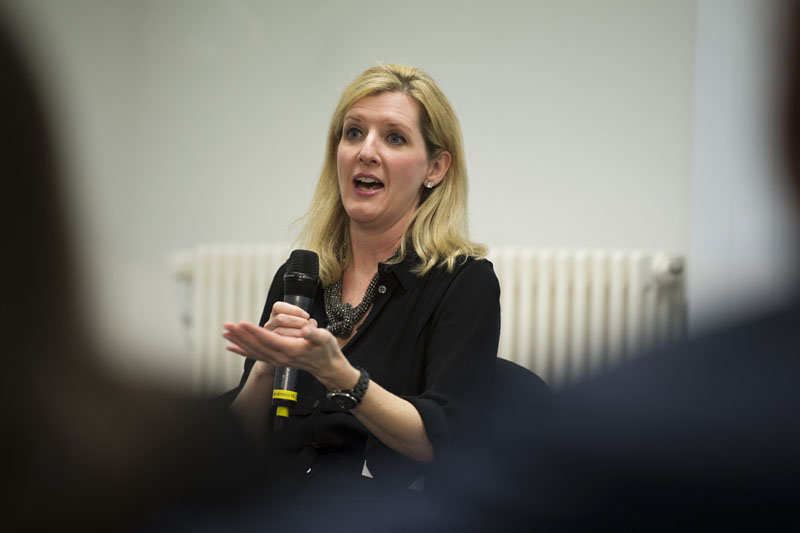 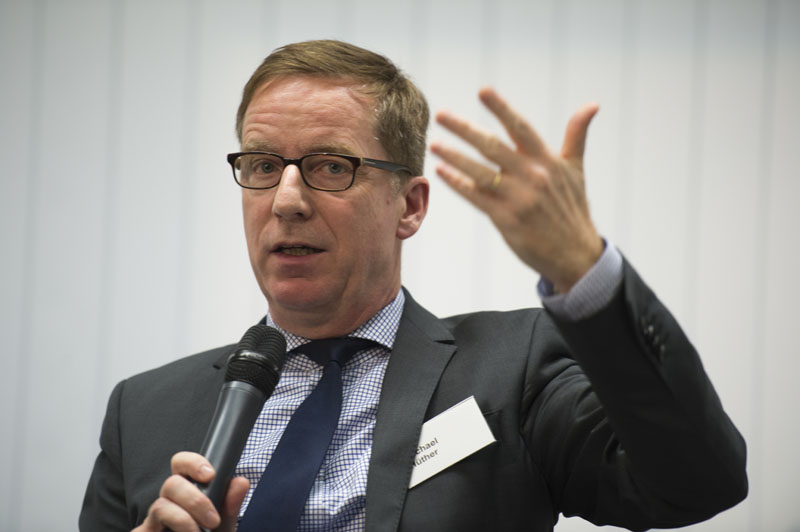 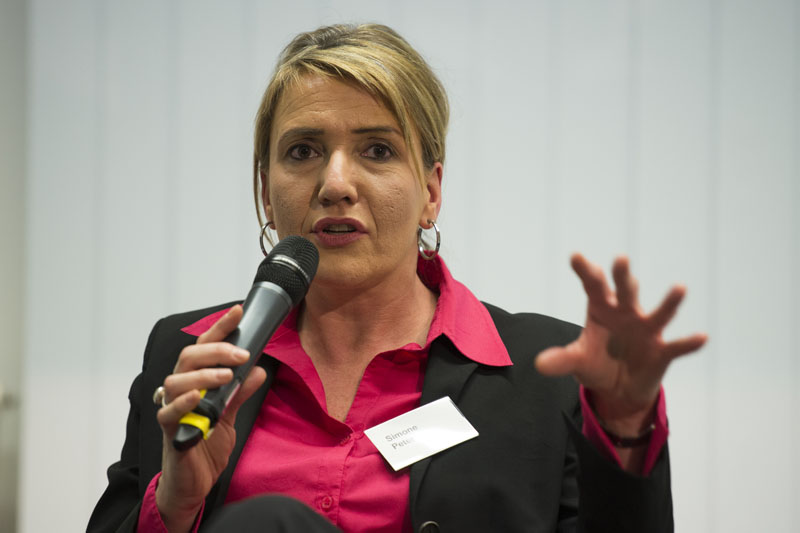 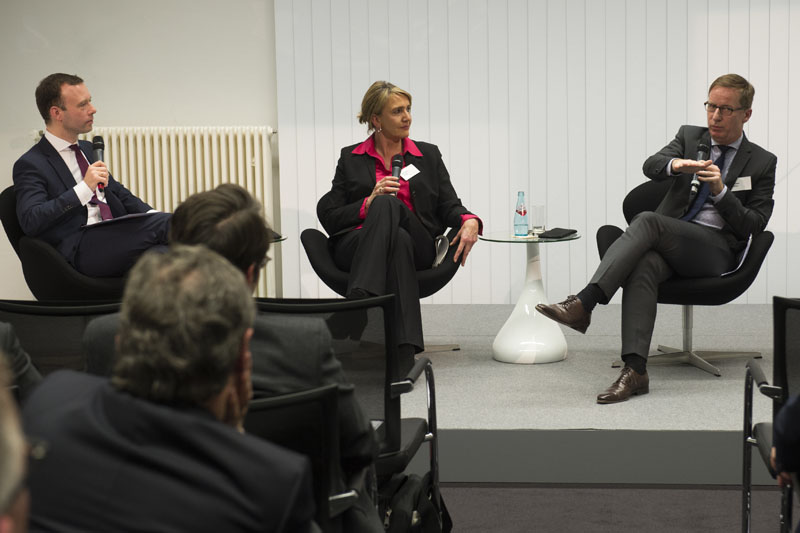 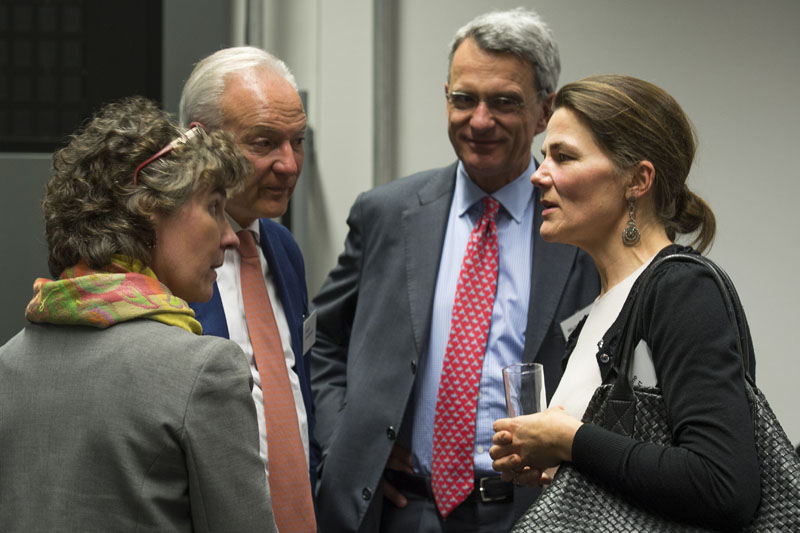 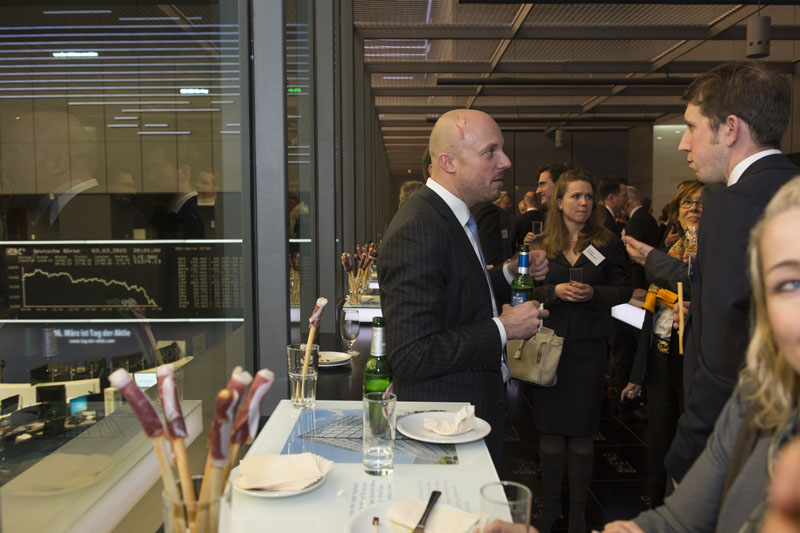 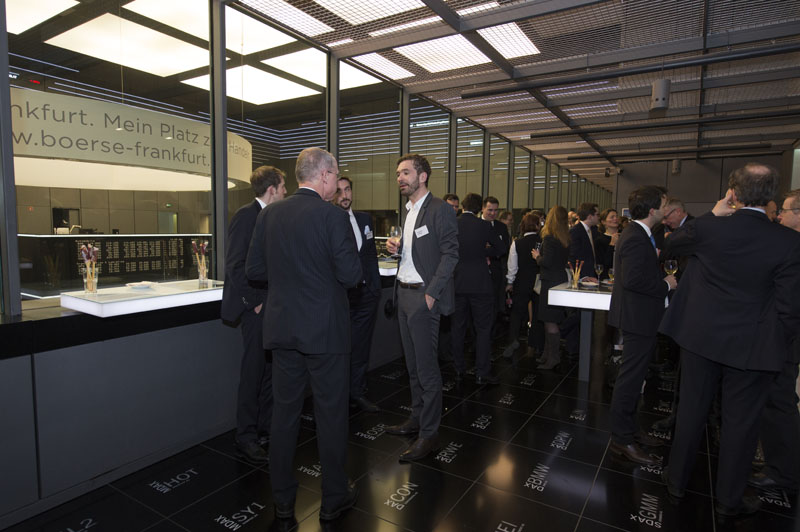 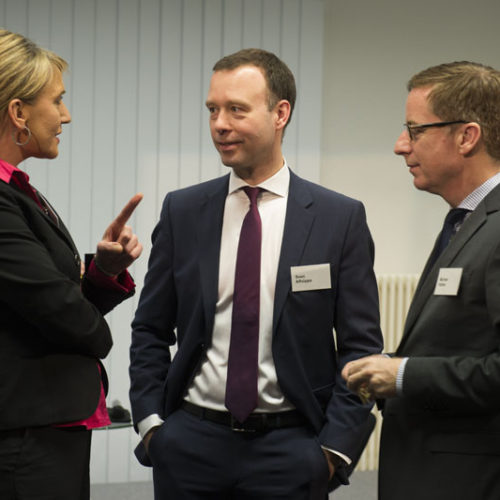 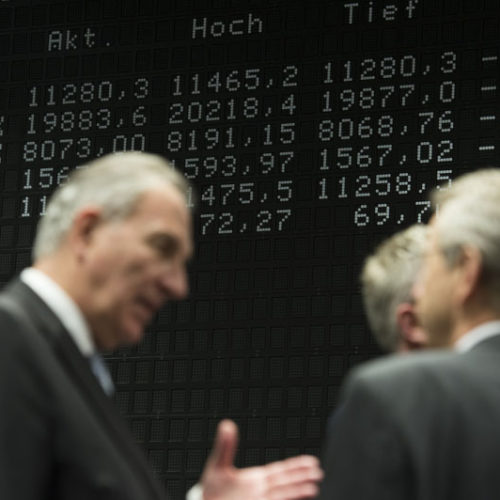 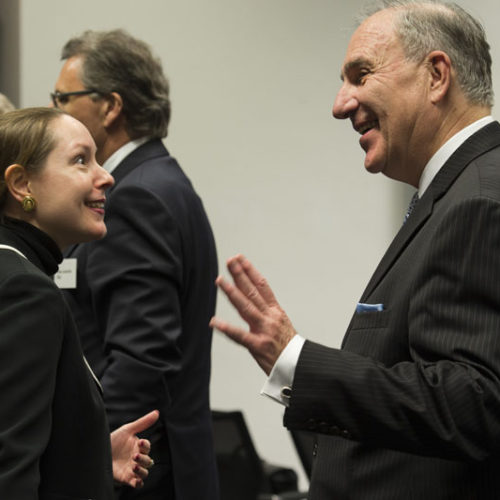 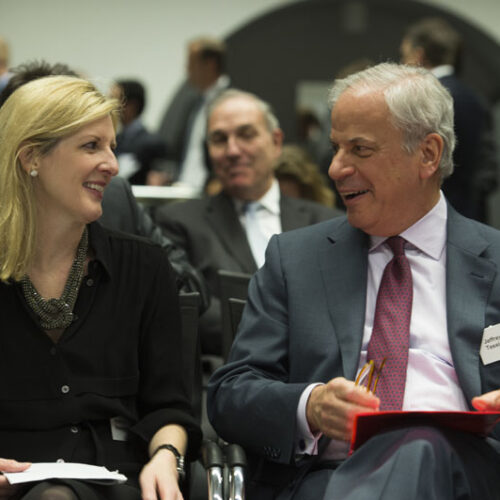 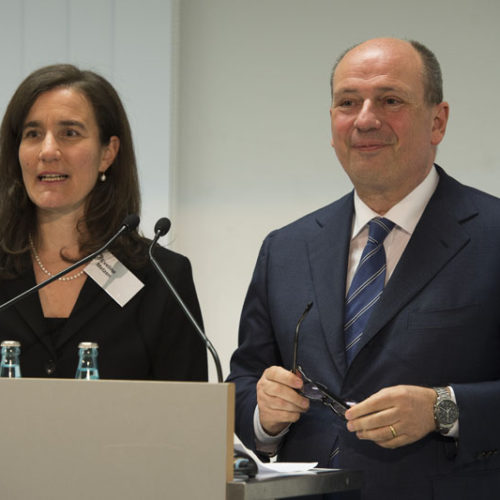 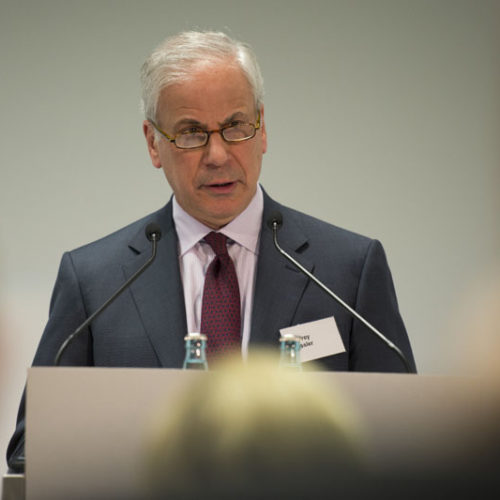 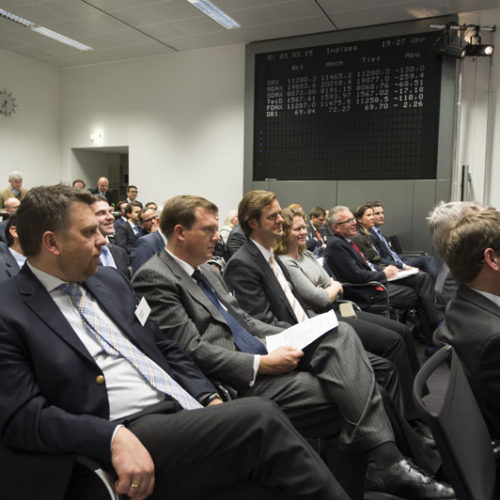 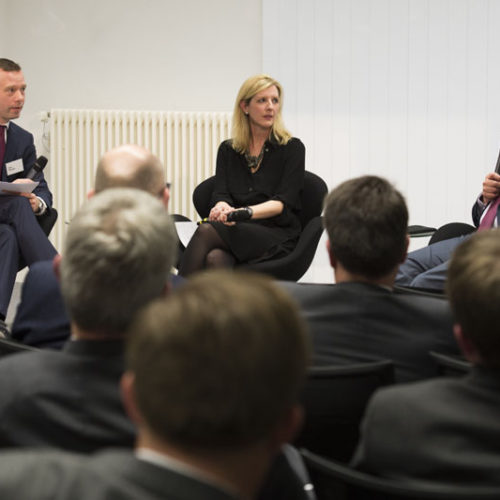 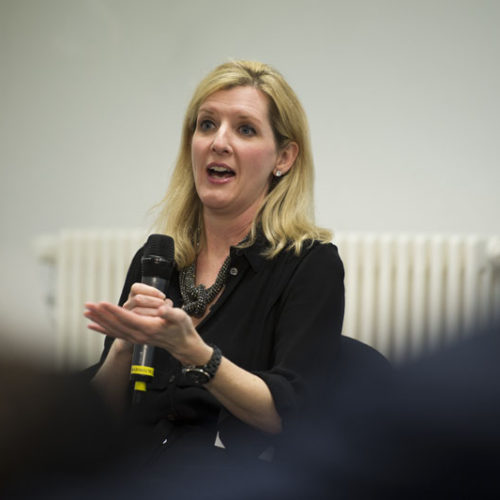 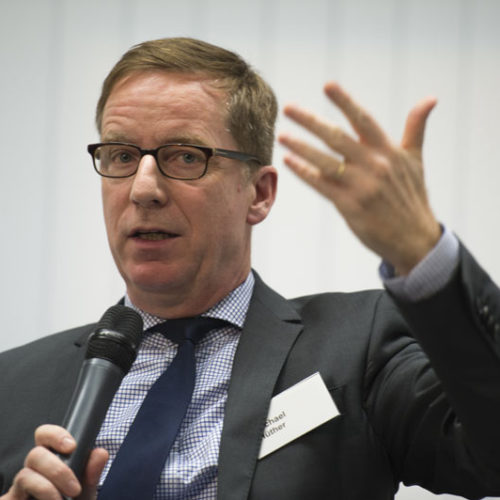 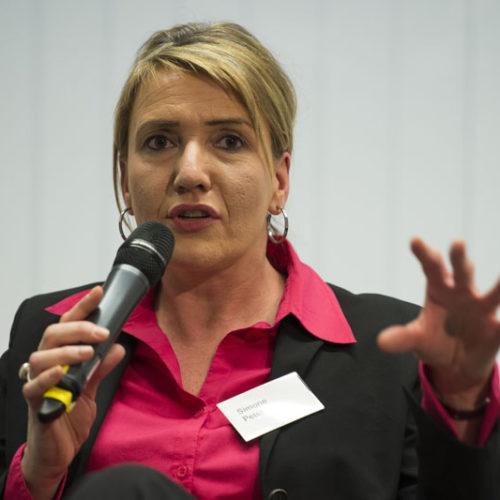 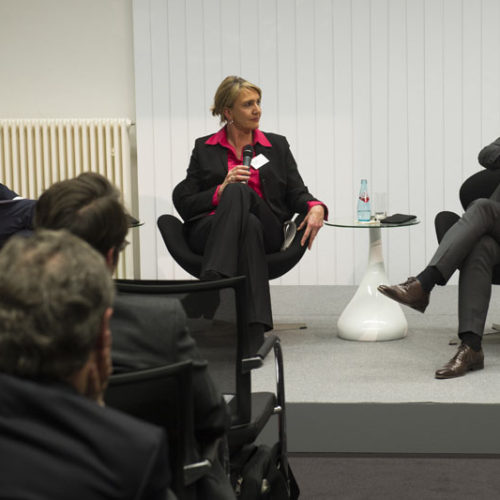 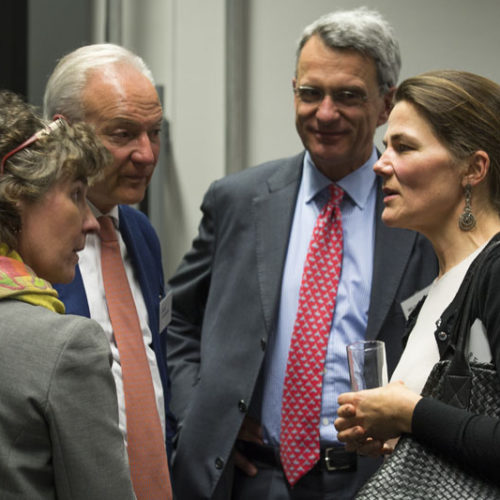 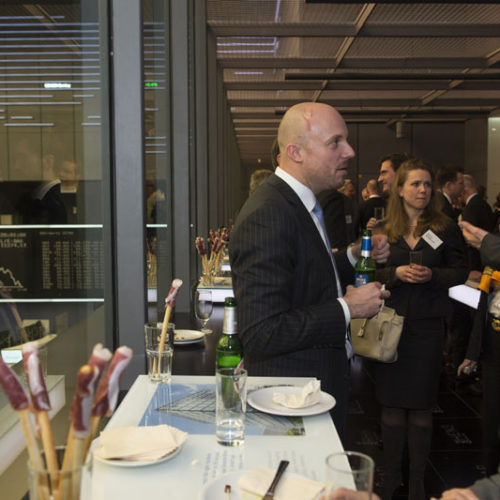 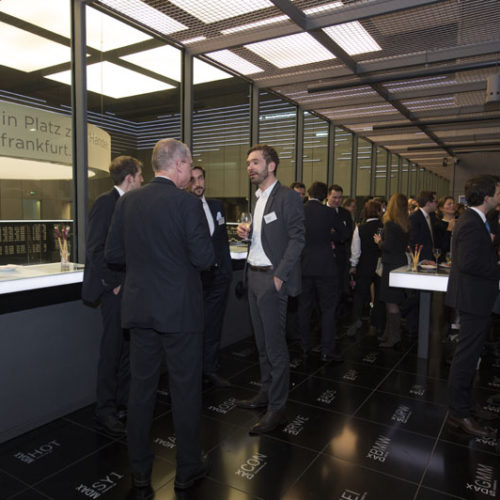 On March 3, close to 80 members and Young Leaders Alumni came to the Frankfurter Wertpapierbörse (Old Stock Exchange) in order to attend a speech and panel discussion on the Transatlantic Trade and Investment Partnership (TTIP). Deutsche Börse AG and Institut der Deutschen Wirtschaft Köln acted as cooperation partners for the event.

The event was opened from an American perspective with speeches by Jeffrey Tessler, CEO of the Clearstream Holding AG and board member of Deutsche Börse AG, and Kathryn H. Ruemmler, Partner at Latham & Watkins LLP and former Counsel to President Barack Obama.

In his statement, Jeffrey Tessler stressed how the projected trade agreement could bring stability to growing global insecurities. According to Tessler, TTIP has the potential to fundamentally strengthen the transatlantic relationship, even beyond trade. The many ailing economies of European countries could also benefit from this economic impulse. However, he continued, the doubts of consumers about the treaty should not be ignored.

Kathryn Ruemmler, Former Counsel to President Obama, reported on the TTIP debate in the United States. She said the government was backing TTIP and believed the treaty could strengthen both the American economy – especially small and medium sized businesses – as well as the transatlantic relationship. In order to pass TTIP and the Trans-Pacific Partnership TPP, the President has to be granted Fast Track Promotion Authority, which would allow him to negotiate treaties that Congress could only ratify or reject as a package. The Republican majority in Congress as well as the deep divide between Democrats and Republicans might be a possible pitfall, Ruemmler pointed out. Even though the Republicans do not oppose the two treaties in general, they might want to prevent it merely because it is an initiative of the Obama Administration. She continued by remarking that TTIP is not as much discussed in the United States as it is in Germany. Opposing voices are rare. American unions, who are generally skeptical of international trade agreements, are very open towards TTIP – not least due to the strict rules on occupational safety in Europe. The arbitration courts are the most criticized point of the negotiations since opponents feared them being used to indirectly undermine the sovereignty of the state, she added.

After the key notes, Professor Dr. Michael Hüther, Director and member of the executive board of Institut der deutschen Wirtschaft Köln e.V. and Dr. Simone Peter, federal chairwoman of the German Green Party Bündnis 90/Die Grünen, engaged in a panel discussion. The discussion was moderated by Sven Afhüppe, chief editor of the German economics newspaper Handelsblatt.

Dr. Peter emphasized that TTIP would bring more risks than benefits from the Green Party’s point of view. While she welcomed reduction of trade barriers, she stressed that it would be inacceptable for the treaty to ecological and social standards could neither be questioned, nor lowered. The danger of this scenario lies in the arbitration clause of the treaty, she continued to say. In her opinion, the fear of high financial sanctions could prevent countries from establishing environmental or occupational regulations. She also criticized the lack of transparency of the negotiations. Dr. Peter spoke out for a suspension of the negotiations until all reservations from the public would have been dispelled.

Professor Hüther pointed out the distinct advantages of the treaty. The United States and Europe already shared a strong joint economic collaboration – now it is necessary to ban further obstacles for trade and investment in order to not risk falling behind the Asian competitors and for further promoting economic success on both sides. Suspending the negotiations would waste important time and endanger the treaty as a whole. Hüther added that he did not share the doubts of Simone Peter. High standards, he stressed, are implemented on both sides of the Atlantic, giving no ground for fears regarding a downward spiral for consumers and employees. He stressed that Germany already had agreements with many countries and that arbitration courts play a big role within these treaties and are not limiting state sovereignty.

The topics that were discussed with the audience included the role of arbitration courts and the opportunities TTIP offers in the area of renewable energy.