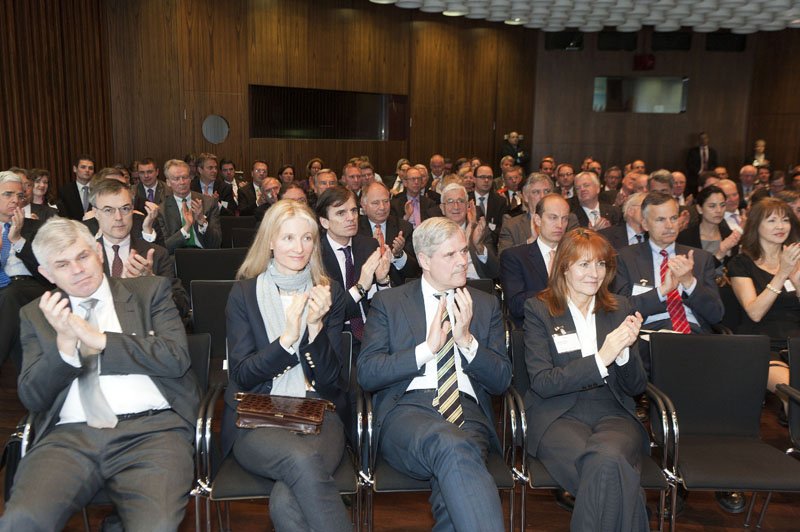 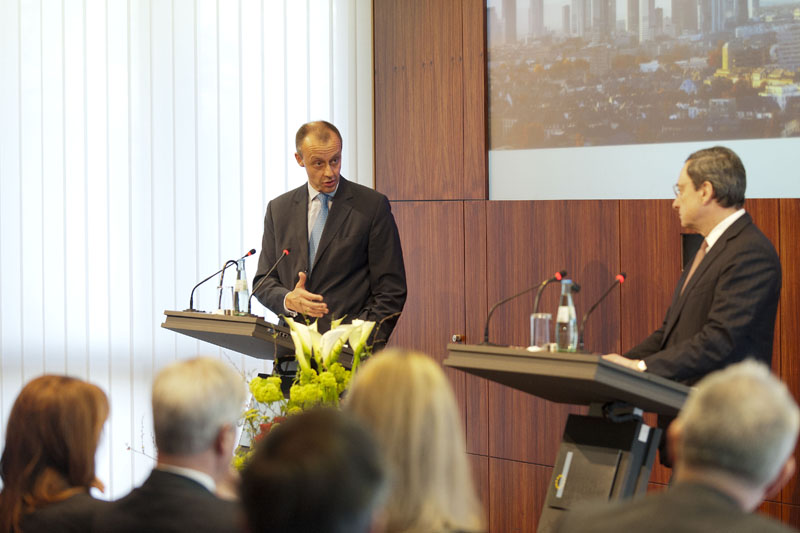 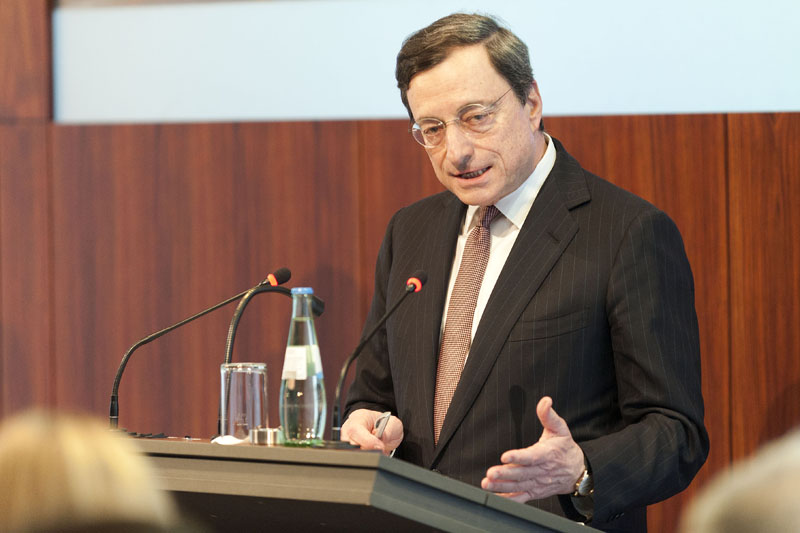 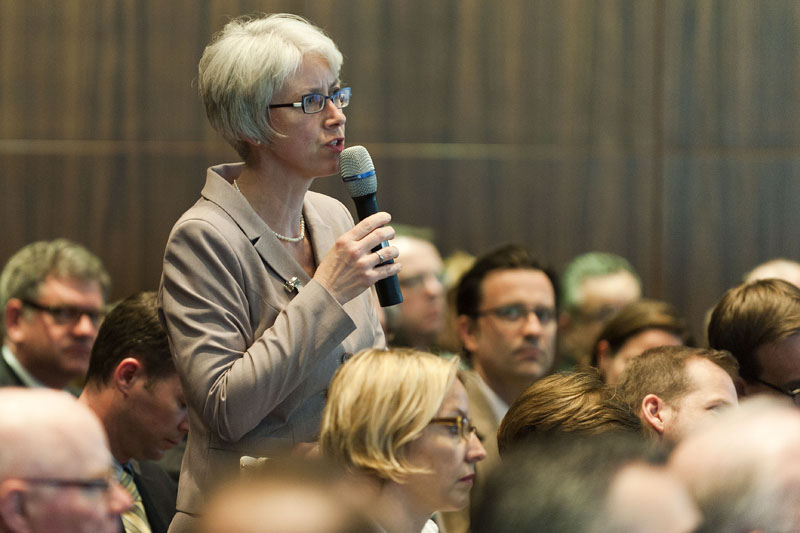 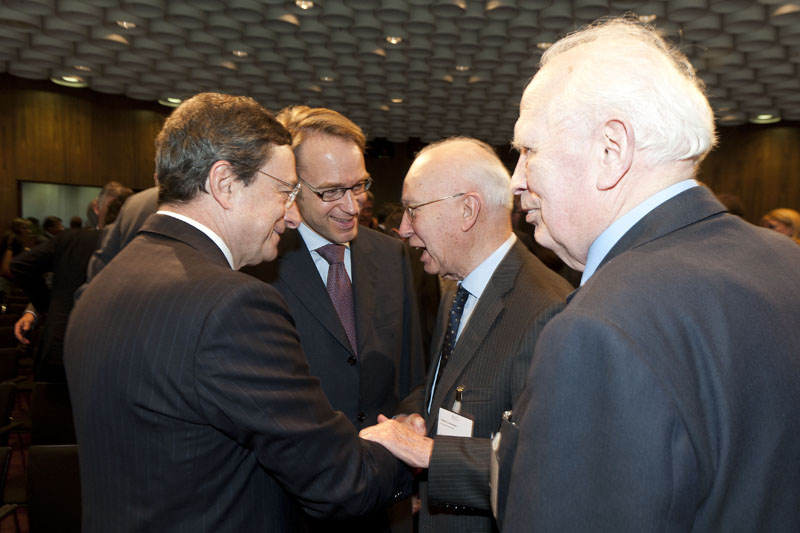 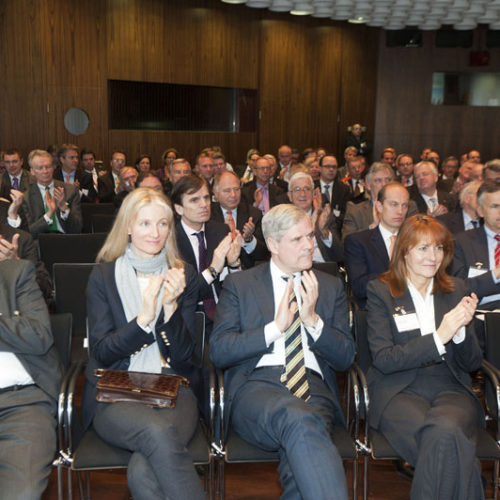 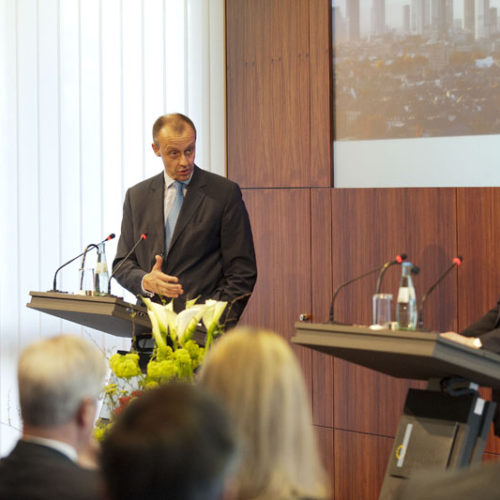 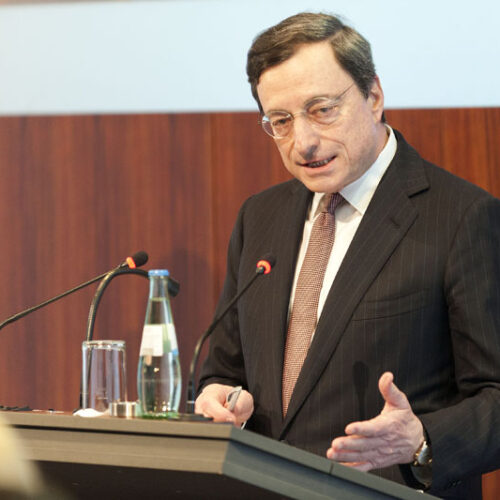 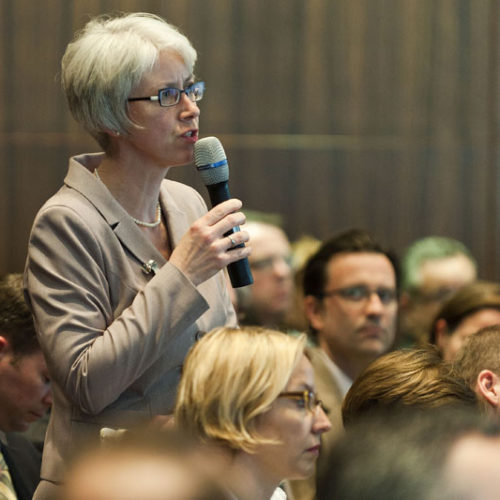 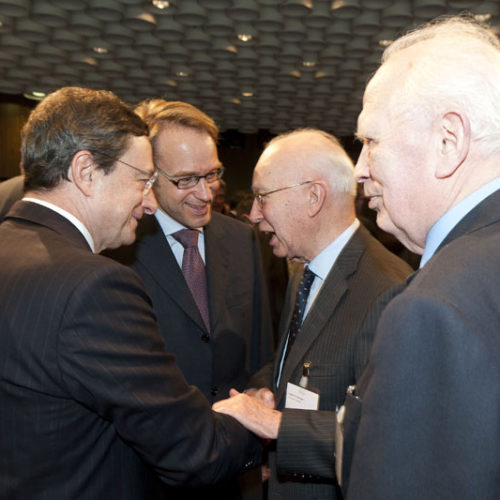 Mario Draghi, President of the European Central Bank, joined 180 Atlantik-Brücke members and guests in the Deutsche Bundesbank in Frankfurt on March 27th to deliver the XXIII Arthur Burns Memorial Lecture. His lecture on the ECB’s monetary policy in the context of the global financial crisis continued the tradition of bringing key players in the economic and financial realm together to focus on current challenges important to both sides of the Atlantic.

In his lecture, Mr. Draghi talked about the key aspects of monetary policy under both normal unusual circumstances. He explained that extraordinary circumstances created by the financial crisis have led the ECB and many other central banks to take unusual actions. He addressed that special measures have been necessary, but that they are also strictly temporary and have not changed the true nature or underlying goals of monetary policy. The overriding aim of the ECB, Draghi emphasized, has been and remains the pursuit of price stability over the intermediate term. He concluded with considerations regarding an “exit” from the ECB’s various special measures as the crisis ebbs and the economic and financial environment returns to normal.

Jens Weidmann, President of the Deutsche Bundesbank, welcomed Mr. Draghi for the first time to the Deutsche Bundesbank in his new role as the President of the ECB. Friedrich Merz, Chairman of Atlantik-Brücke, also gave opening remarks and moderated the discussion following the lecture. Mr. Draghi, Dr. Weidmann and Mr. Merz all turned to the legacy of Arthur Burns in their comments, who was not only a significant economist and President of the Federal Reserve, but also Ambassador of the United States to Germany from 1981 to 1985. This event serves to honor his contributions to economics and finance as well as the transatlantic partnership in facing current challenges.