Zuckerberg: “We need a more active role for governments and regulators” 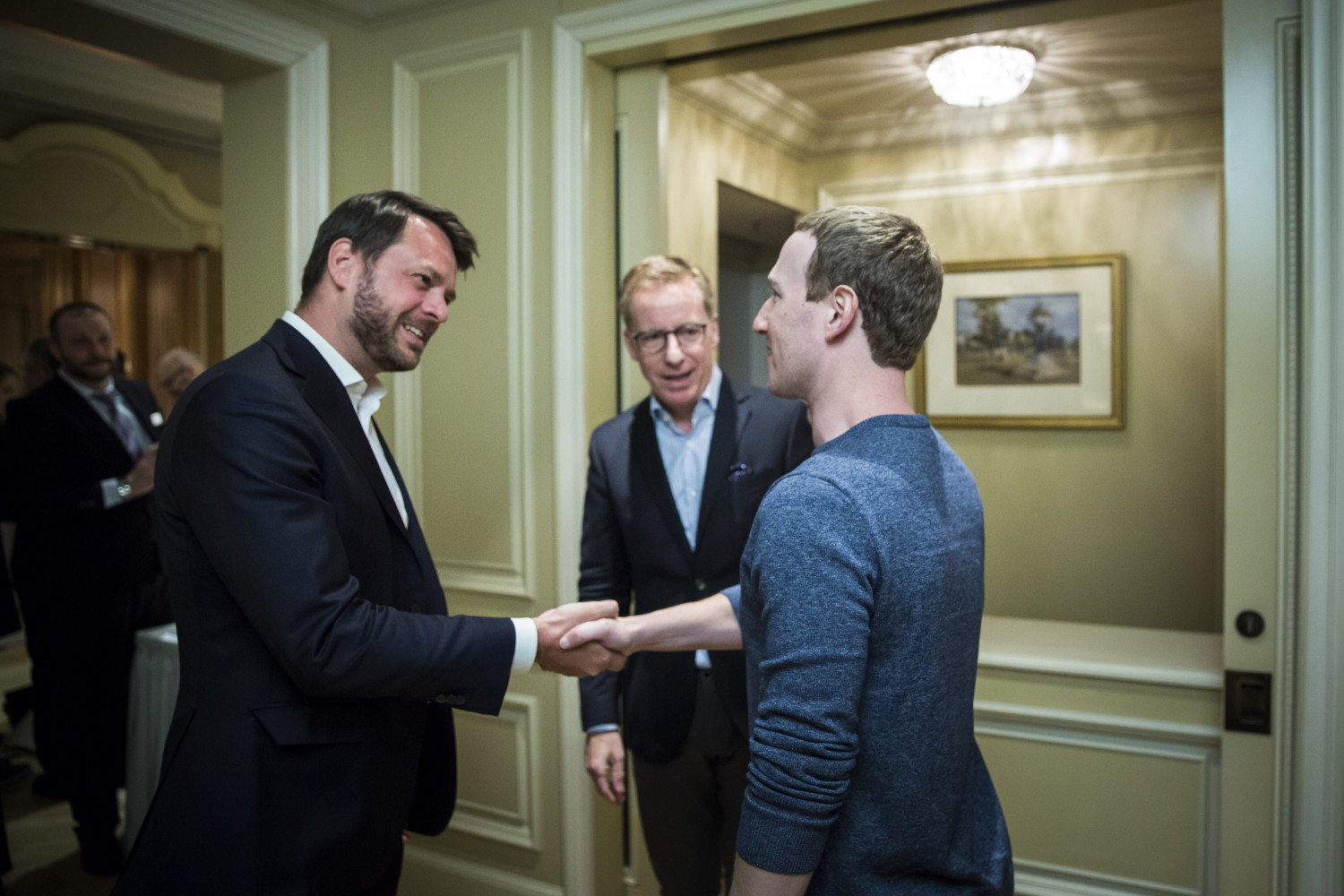 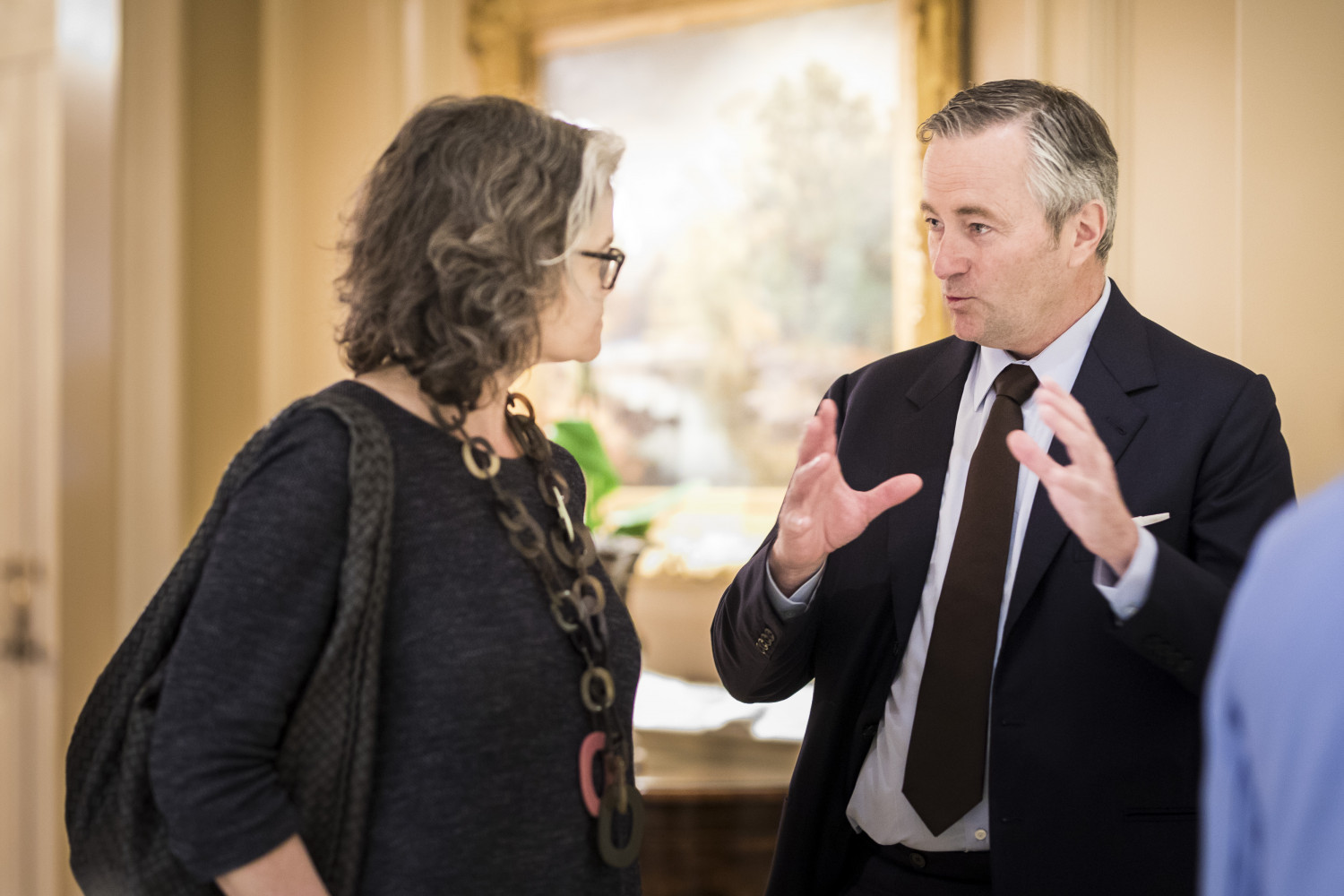 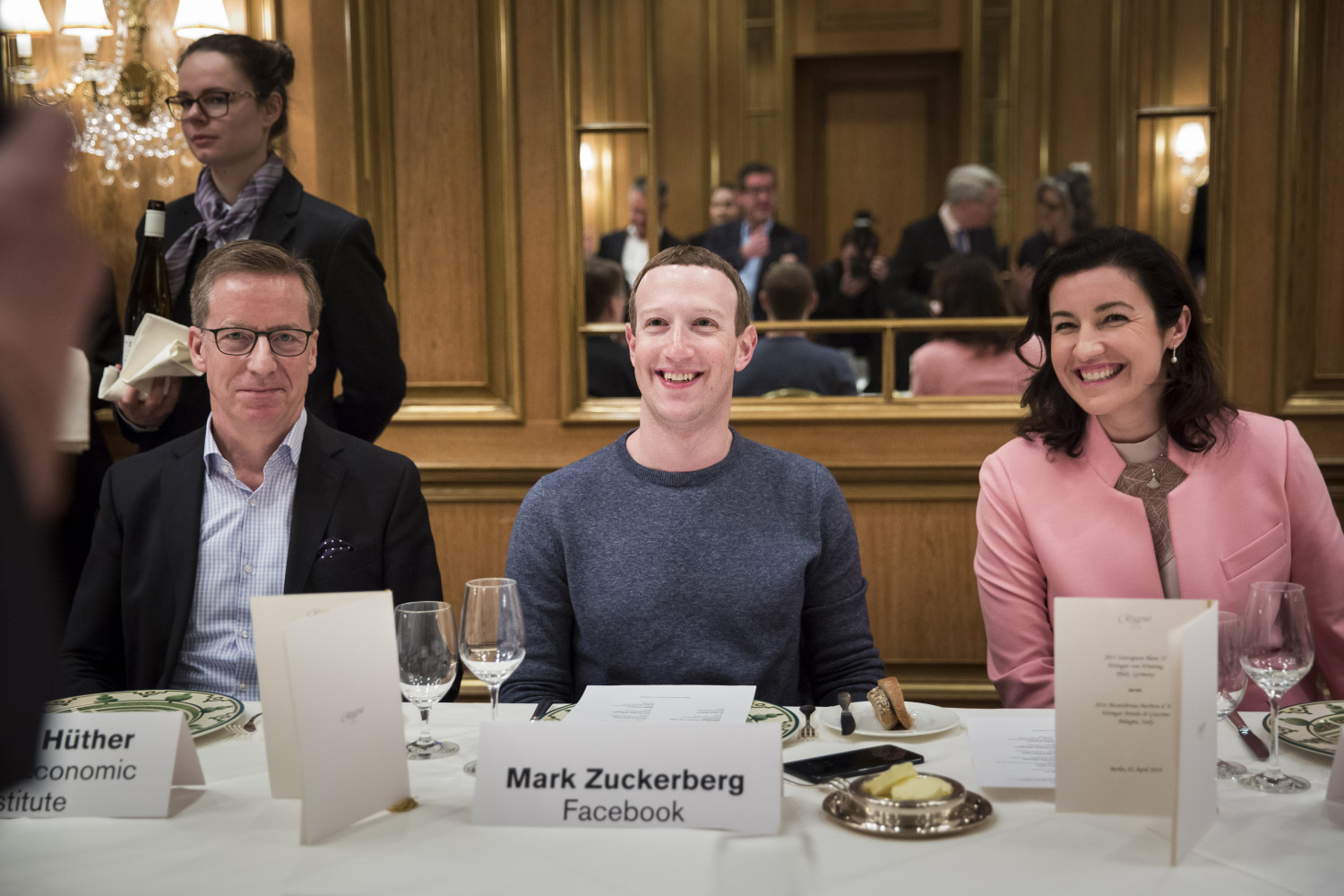 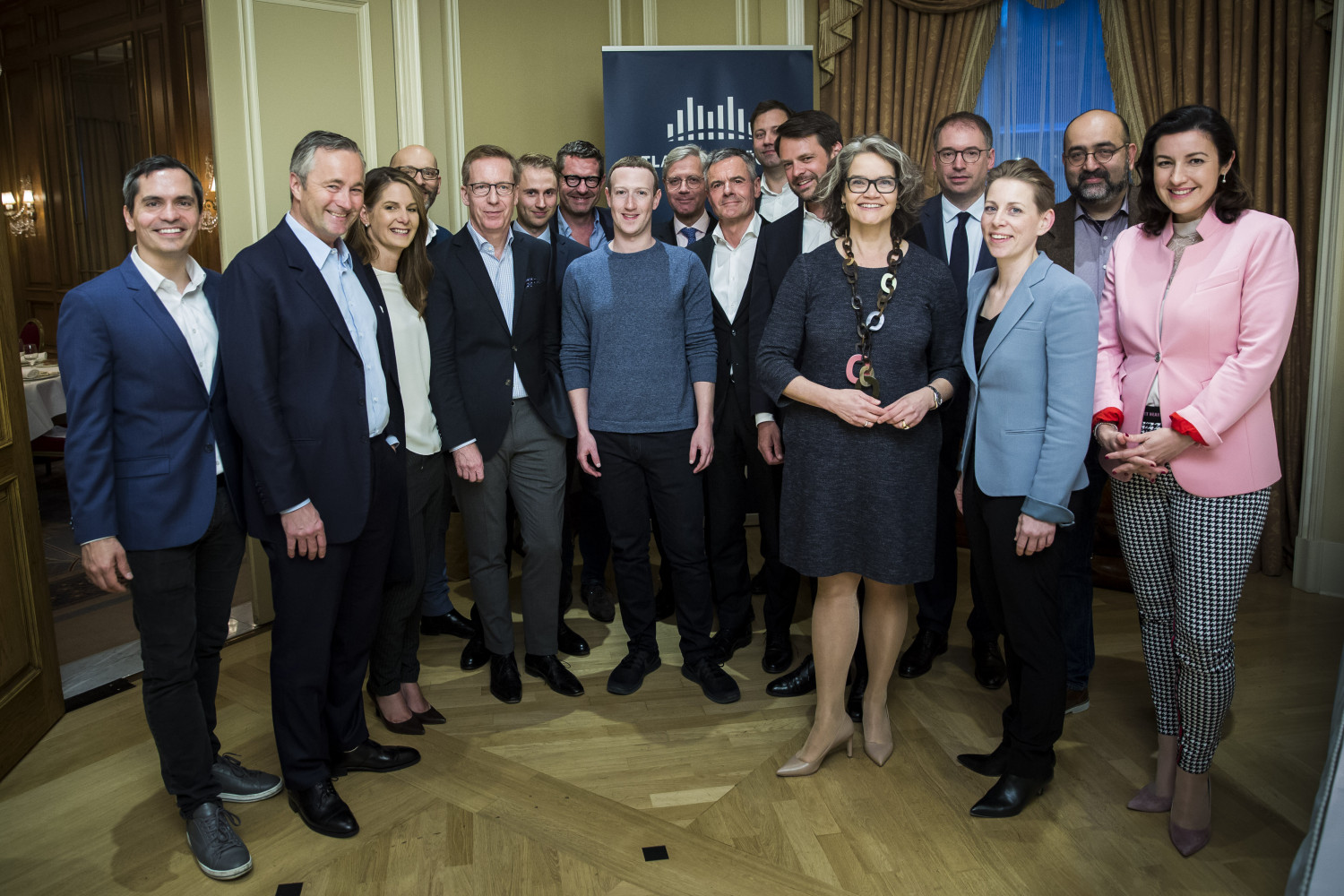 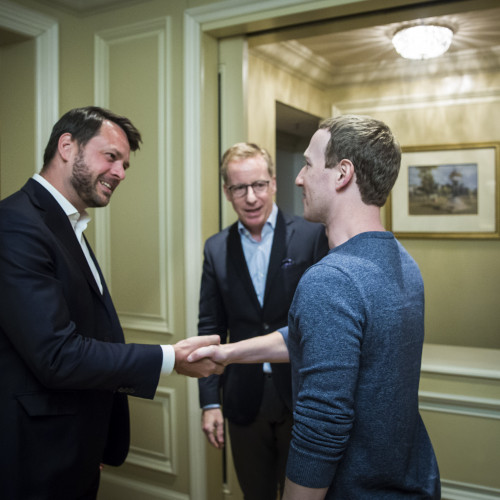 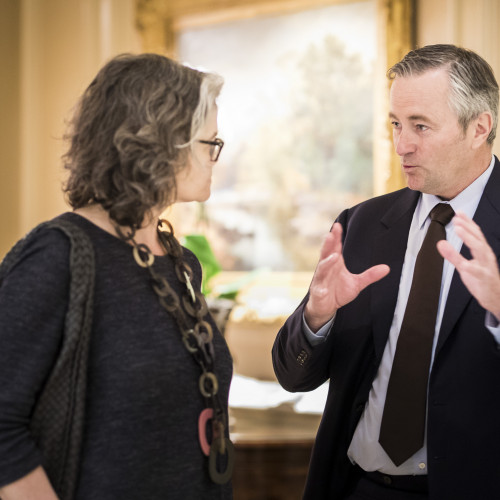 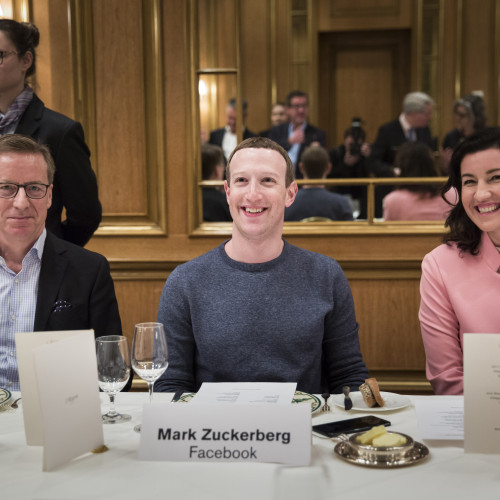 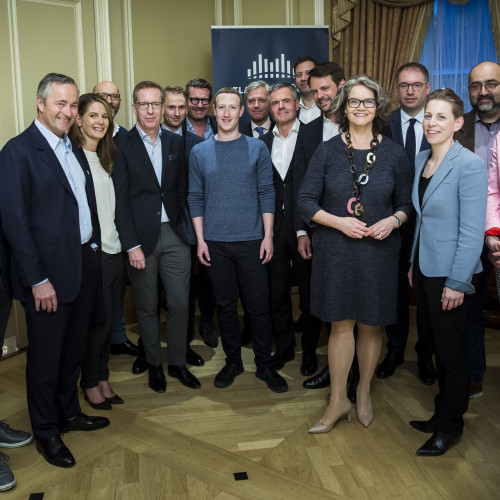 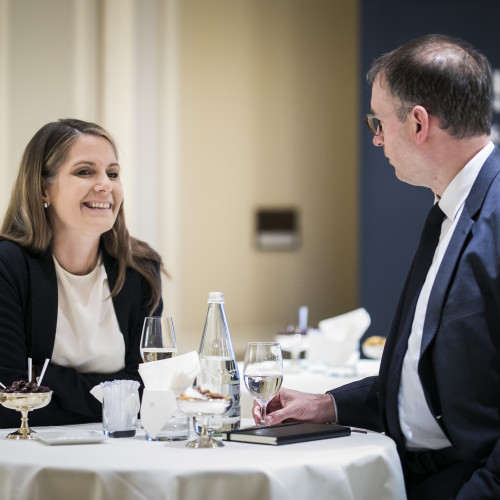 Mark Zuckerberg, founder and CEO of Facebook, discusses in this conversation with Atlantik-Brücke the social network’s strategy. Within it the countering of disinformation campaigns prior to elections play a major role as well as trust building measures as a consequence of cases of harmed data privacy and Zuckerberg’s recent demand for more regulation.

Mark, what are Facebook’s plans to counter possible attempts of electoral manipulation on the platform – especially with regard to the European election in May of this year and the U.S. Presidential elections next year?

At Facebook, we’re focused on protecting elections while also making sure people have a voice in the political process. Over the last two years, we’ve learned from elections around the world to create a robust approach to safeguard our platform. This includes removing fake accounts, reducing false news, disrupting bad actors and increasing ads transparency. And we’re doing this while also supporting an informed and engaged electorate.

We’ve learned from elections around the world to create a robust approach to safeguard our platform.

The Case for Central Bank Digital Currencies
Transatlantic Climate Change Policy
What Does the Future of Money Hold?

In the run up to the European Parliamentary Elections in May, we are making big changes to the way ads with political content work on Facebook. We are introducing some new tools to help us deliver on two key goals: preventing online advertising from being used for foreign interference, and increasing transparency around all forms of political and issue advertising.

These steps will include ensuring that advertisers are authorized in their country to run ads related to the European Parliamentary elections. In addition, to increase transparency, all ads related to politics and issues on Facebook and Instagram in the EU must be clearly labeled. This includes a “Paid for by” disclosure, allowing you to see who is paying for the ad. We have also built a new tool called Ad Library to make it easy for everyone to find out about political or issue ads on Facebook, including information on the number of times the ad was viewed, and demographics about the audience reached including age range, location, and gender.

These changes will not prevent abuse entirely. We’re up against smart, creative and well-funded adversaries who change their tactics as we spot abuse. But we believe that they will help prevent future interference in elections on Facebook. And that is why they are so important.

You have talked about your endeavor to offer a digital equivalent of the living room. What do you mean by that?

Over the last 15 years, Facebook and Instagram have helped people connect with friends, communities, and interests in the digital equivalent of a town square. But people increasingly also want to connect privately in the digital equivalent of the living room. As I think about the future of the internet, I believe a privacy-focused communications platform will become even more important than today’s open platforms. Privacy gives people the freedom to be themselves and connect more naturally, which is why we build social networks.

As I think about the future of the internet, I believe a privacy-focused communications platform will become even more important than today’s open platforms.

I believe the future of communication will increasingly shift to private, encrypted services where people can be confident what they say to each other stays secure and their messages and content won’t stick around forever. This is the future I hope we will help bring about.

Public social networks will continue to be very important in people’s lives – for connecting with everyone you know, discovering new people, ideas and content, and giving people a voice more broadly. People find these valuable every day, and there are still a lot of useful services to build on top of them. But now, with all the ways people also want to interact privately, there’s also an opportunity to build a simpler platform that’s focused on privacy first.

You have recently called for more regulation of the digital space. This is unusual for the CEO of a major tech company. How come?

Technology is a major part of our lives, and companies such as Facebook have immense responsibilities. Every day we make decisions about what speech is harmful, what constitutes political advertising, and how to prevent sophisticated cyberattacks. These are important for keeping our community safe. But if we were starting from scratch, we wouldn’t ask companies to make these judgments alone.

I believe we need a more active role for governments and regulators. By updating the rules for the internet, we can preserve what’s best about it — the freedom for people to express themselves and for entrepreneurs to build new things — while also protecting society from broader harms.

By updating the rules for the internet, we can preserve what’s best about it — the freedom for people to express themselves and for entrepreneurs to build new things.

The areas I identified are harmful content, election integrity, privacy and data portability. I believe Facebook has a responsibility to help address these issues, and I’m looking forward to discussing them with lawmakers around the world. We should have a broader debate about what we want as a society and how regulation can help. These four areas are important, but, of course, there’s more to discuss.