“Are We Losing One Another?” Talk by Steven Erlanger 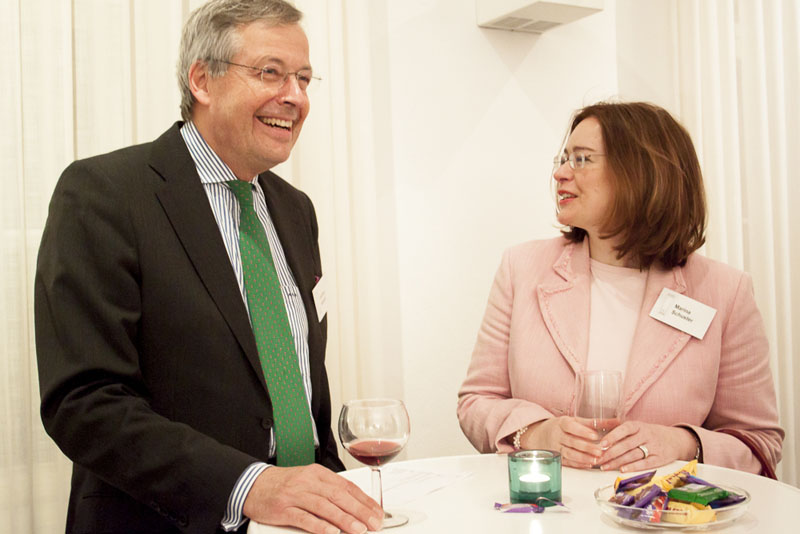 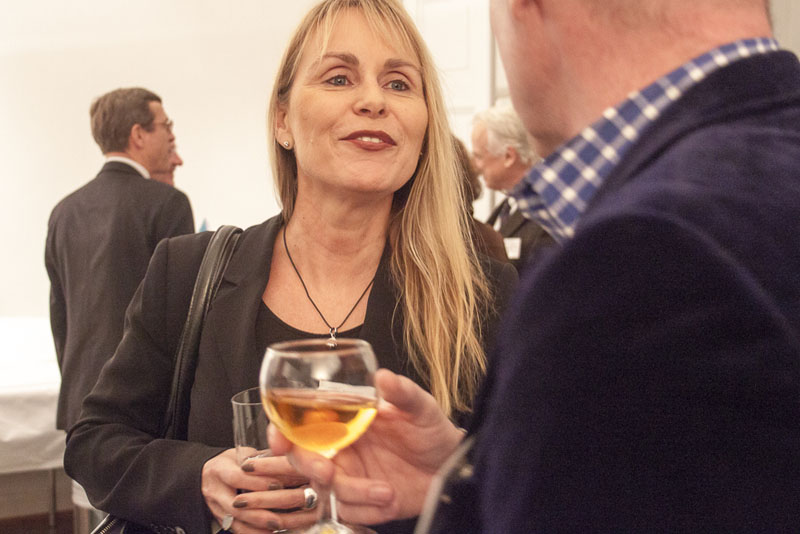 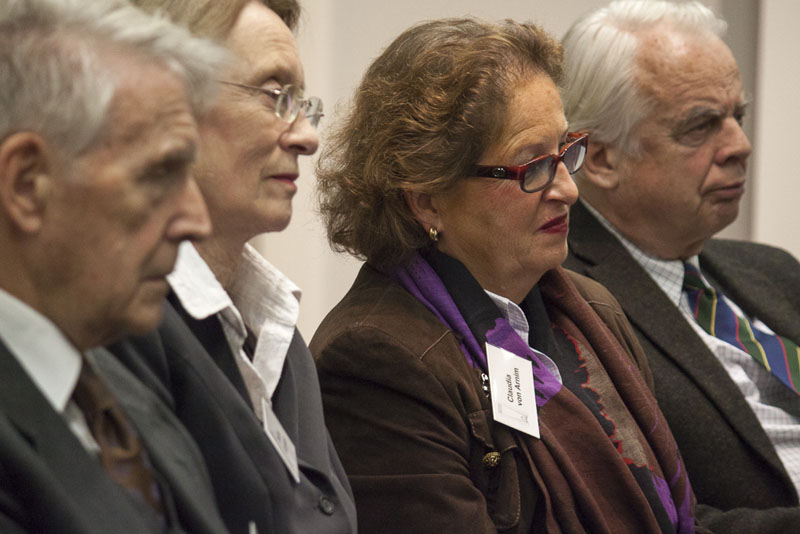 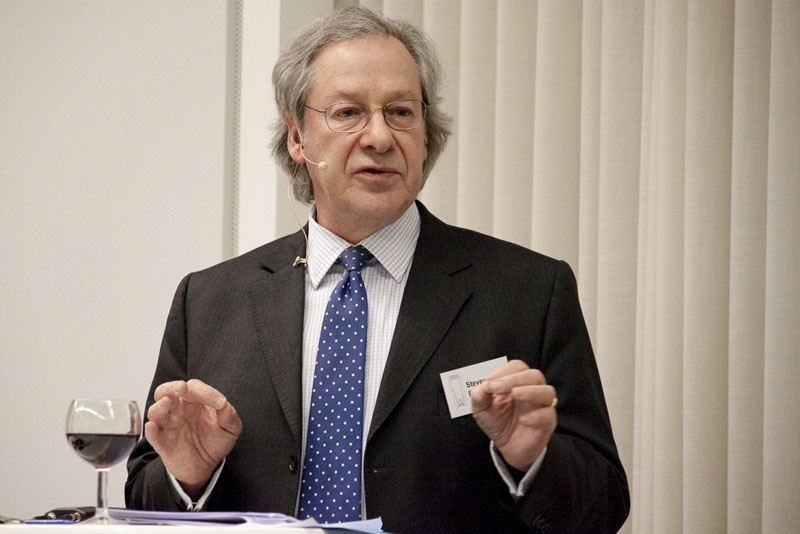 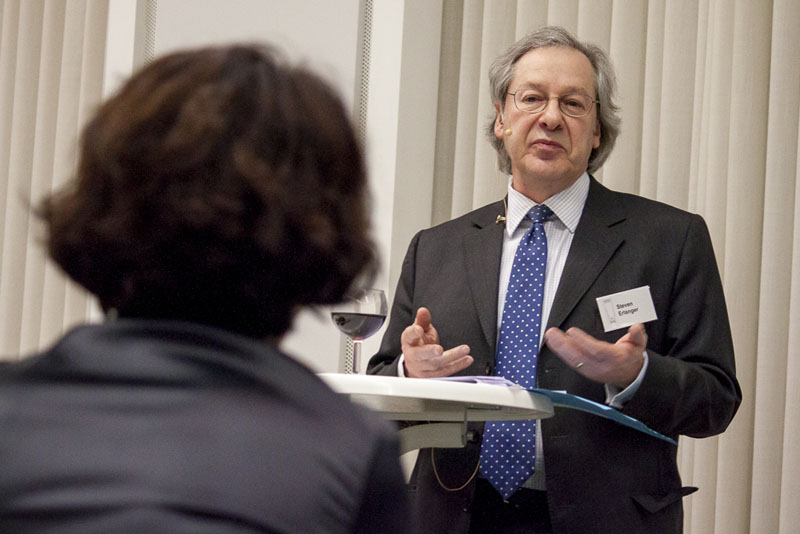 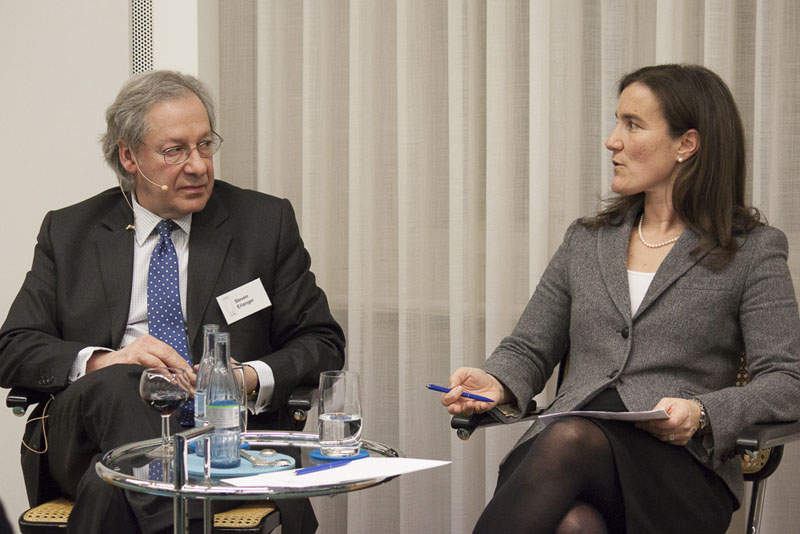 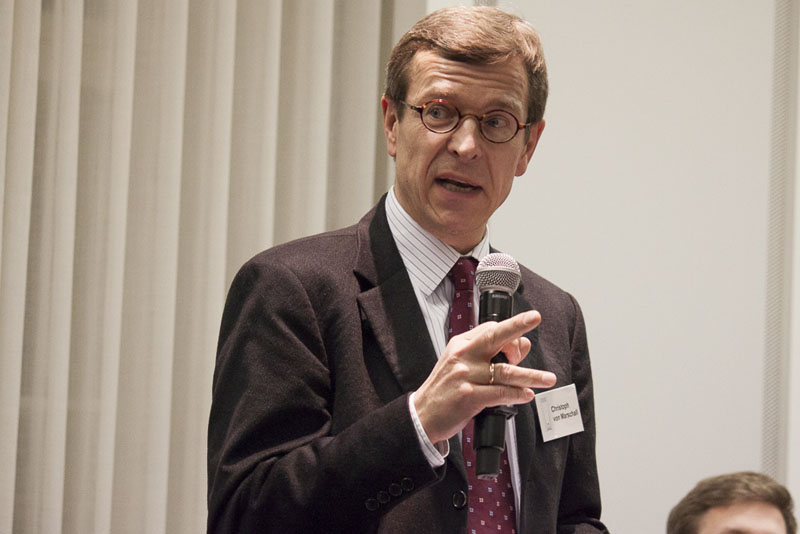 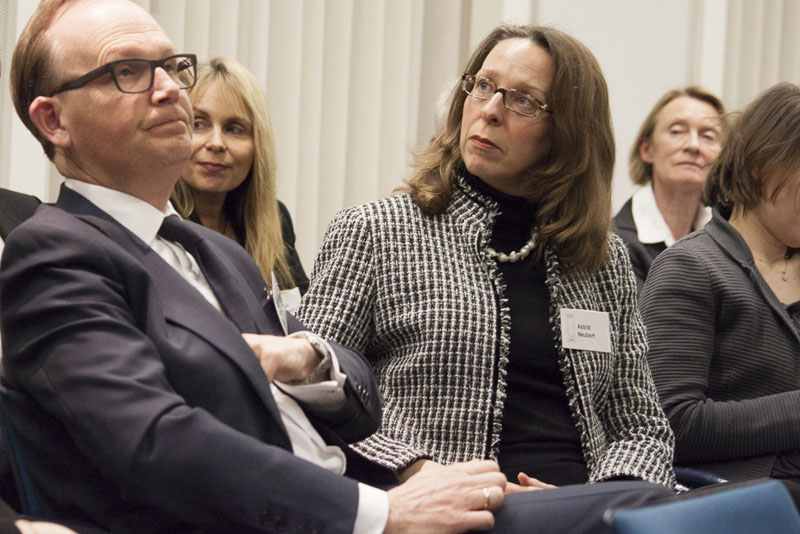 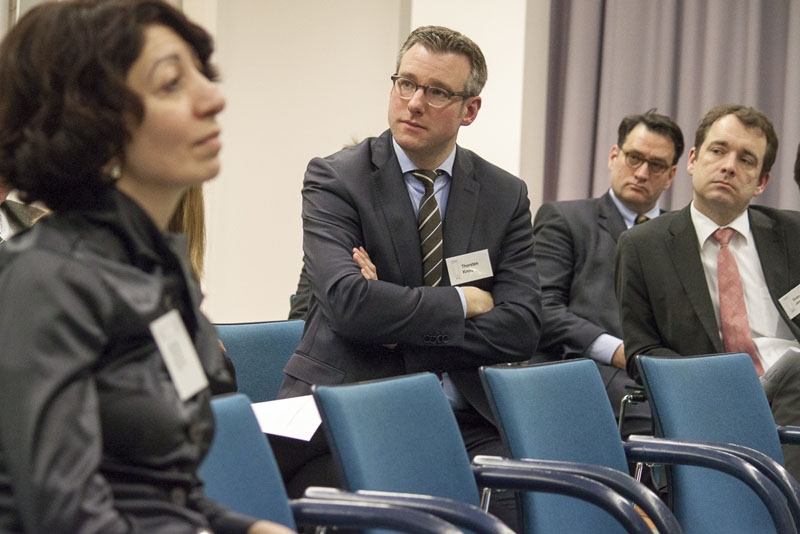 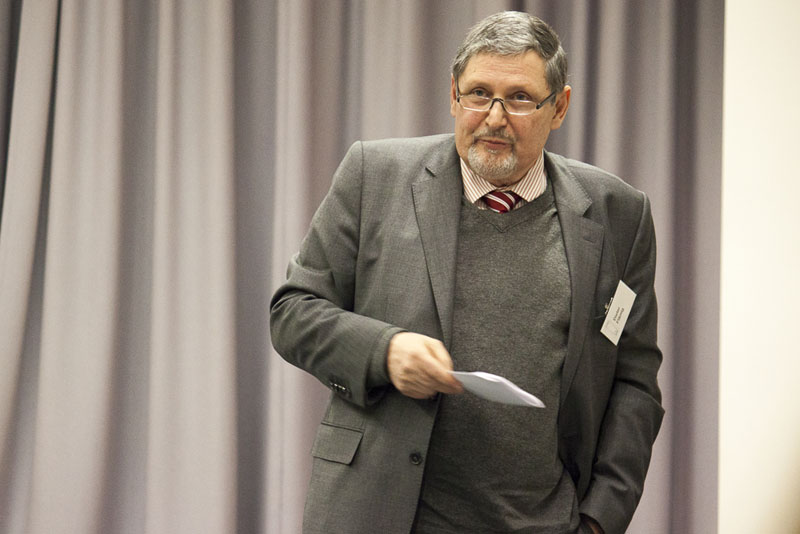 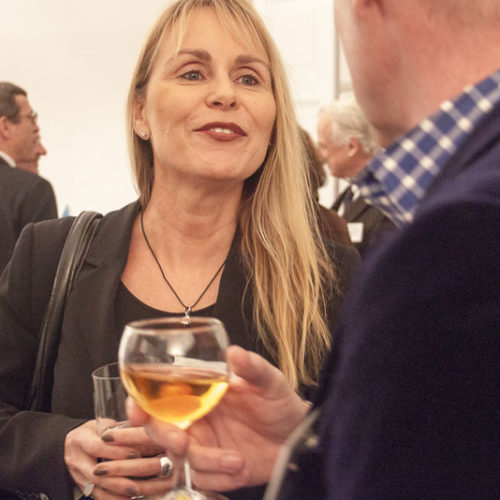 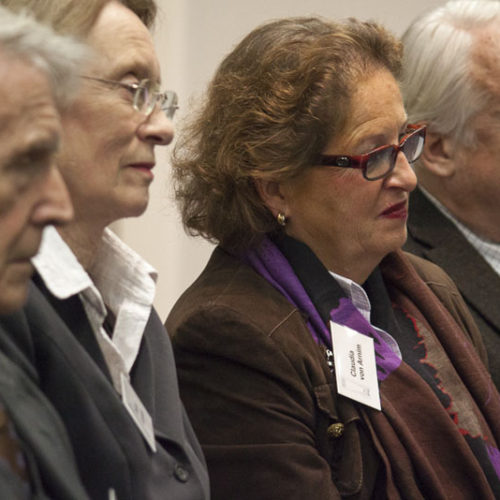 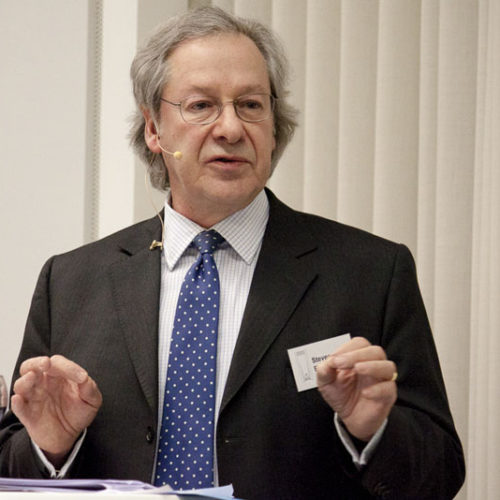 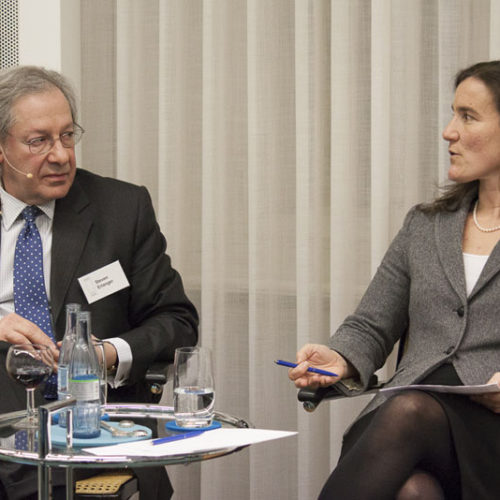 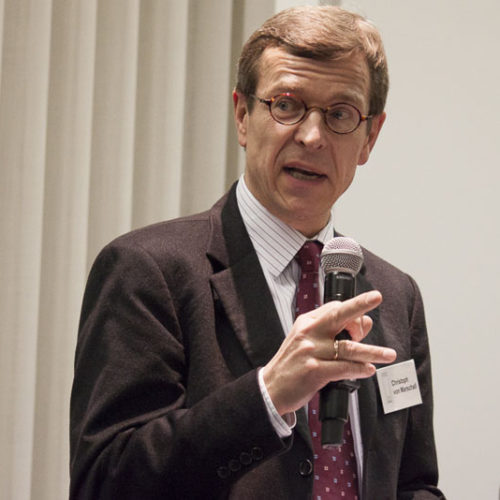 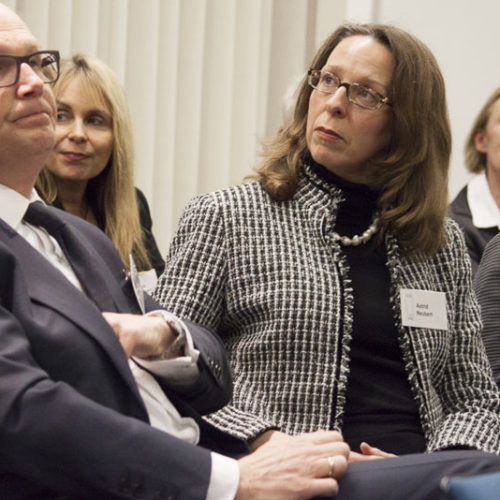 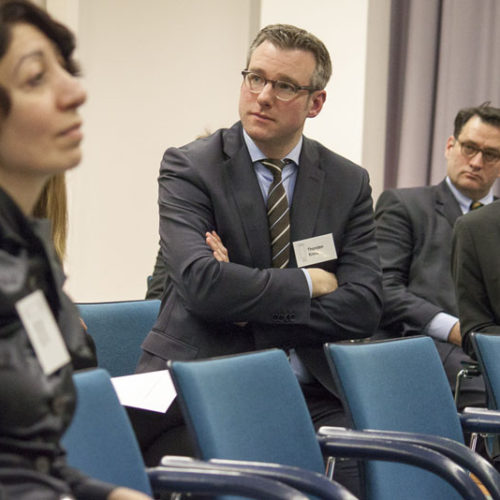 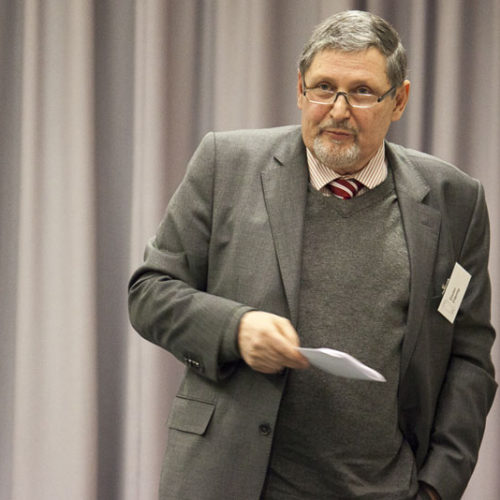 On February 12, 2015, around 40 members and guests of Atlantik-Brücke gathered in the Berliner Magnus-Haus for a talk by American journalist Steven Erlanger on the topic of „Are We Losing One Another? US-German Relations in the Era of Snowden, Putin and the Euro Crisis“.

Erlanger, who is currently the London bureau chief for the New York Times and previously worked as bureau chief in Paris, Jerusalem, Berlin and Prague, warned about a possible rift between the United States and Germany regarding their foreign and-/security policy and analyzed current challenges for the transatlantic partners.

Erlanger started his presentation with a comparison between the current situation and that of the summer of 2002. When former German Chancellor Schröder refused to send German troops to Iraq, Erlanger felt a significant and painful split between Germany and the US “My fear is that we are again close to another split if we are not very careful,” Erlanger said. The most important task at hand for both nations, Erlanger stated, is to develop a joint strategy on how to deal with Russia. Erlanger criticized Germany for claiming to be an authority on the interpretation of Russian motives and intentions, based simply on its geographical closeness to Russia. Erlanger stressed that Germany should instead try to achieve a joint assessment of the situation together with the United States. Erlanger also argued for putting fears of an escalation of the crisis in Ukraine in perspective – he deemed an armed conflict between the West and Russia highly unlikely.
Erlanger emphasized that Germany remained one of the most important allies for the US and noted Germany’s leading role within the EU. However, Erlanger pointed out that Germany was still reluctant to take on the role of Hegemon within the EU – a reluctance that is met with bewilderment on part of the United States.

According to Erlanger, a greater German commitment to foreign and security policy is desirable. This commitment, according to Erlanger, would not have to take the form of active military involvement, but could also consist of financial contributions to security measures. The topic of the Euro crisis was debated, as well. Erlanger emphasized the essential importance of economic stability of the EU for the US. He criticized that there had been no open discussion in Germany about a Greek exit of the monetary union until very recently. Especially in the light of the Ukraine crisis the transatlantic partners needed to understand that president Putin is pursuing the goal of undermining trust in Western institutions and structures. Thus, it would not be surprising if Putin tried to gain influence in Greece.
Following Erlanger’s speech a lively discussion ensued. Among other topics, the NSA affair was debated. Erlanger seconded the point of view of the audience that the NSA affair and the testimony of Edward Snowden in the past were not helping German-American cooperation in the area of foreign policy. Nevertheless, Erlanger called for a more cool-headed discussion. While German disappointment because of the US’ secret service’s actions was understandable, Erlanger stated that it should not undermine transatlantic cooperation.

Possible solutions for the Ukraine crisis were also discussed. Erlanger stressed that from now on a lot would depend on the people of Ukraine. He was not sure, he added, whether it was for the West to come up with proposals for the future of Ukraine. Erlanger characterized the overall situation as very difficult, making the implementation of an easy solution impossible.