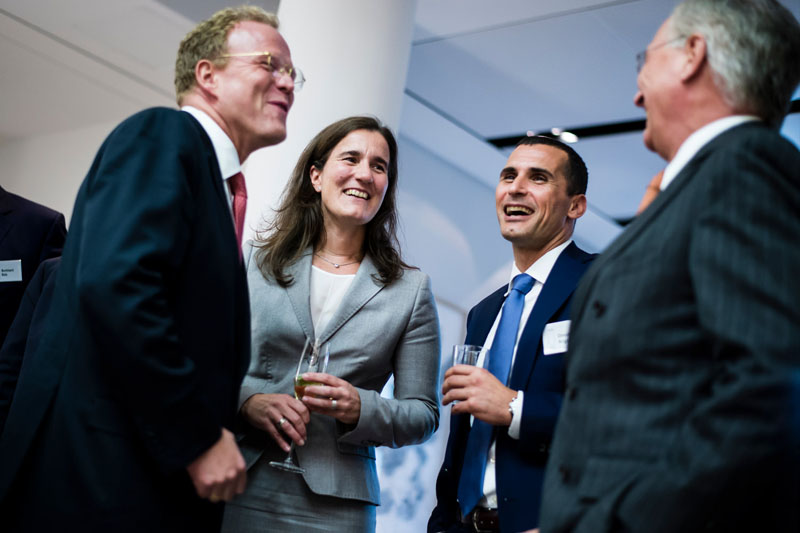 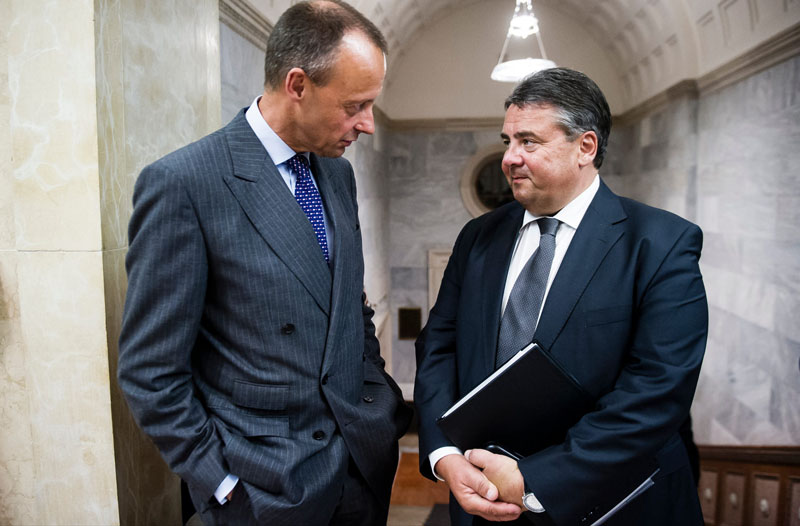 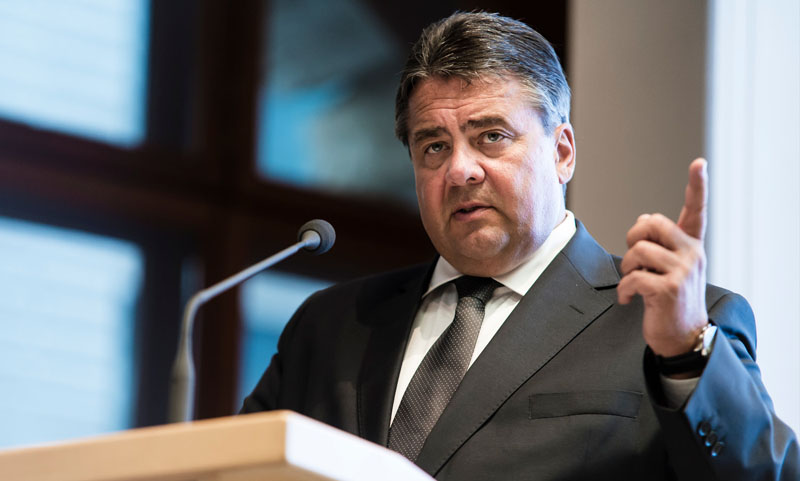 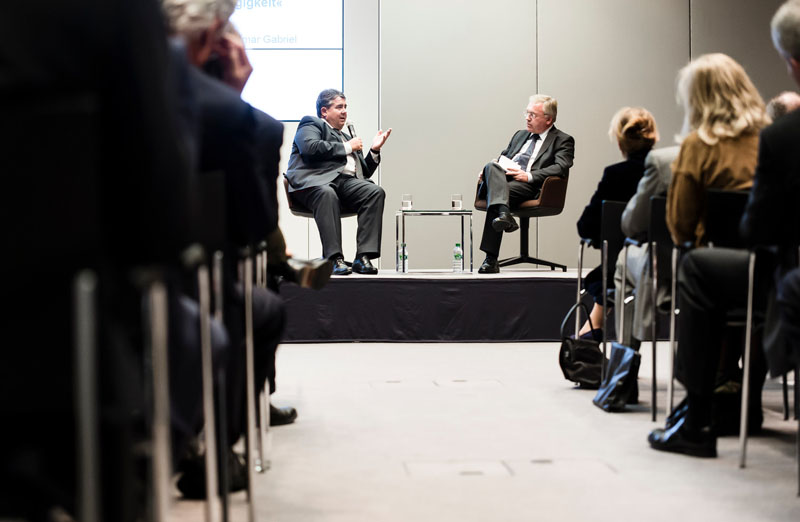 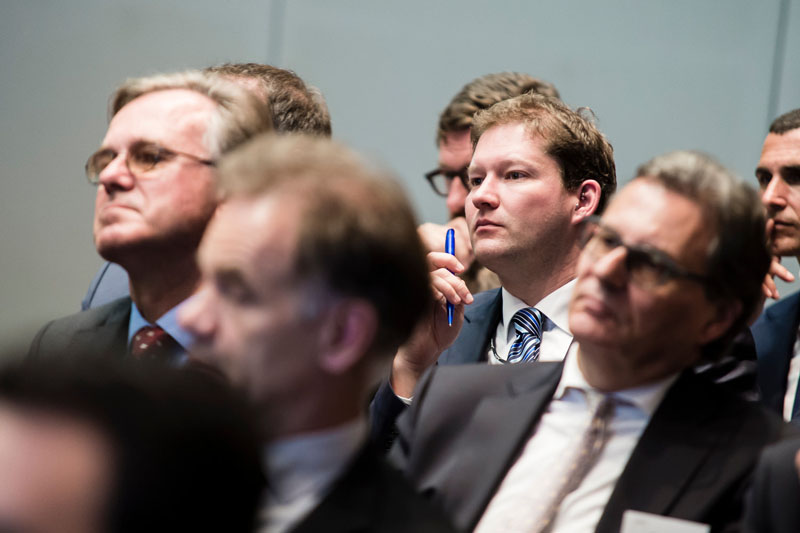 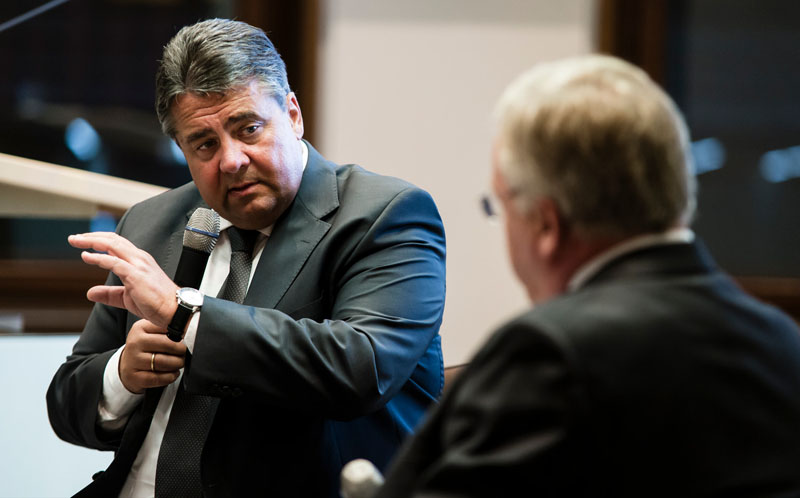 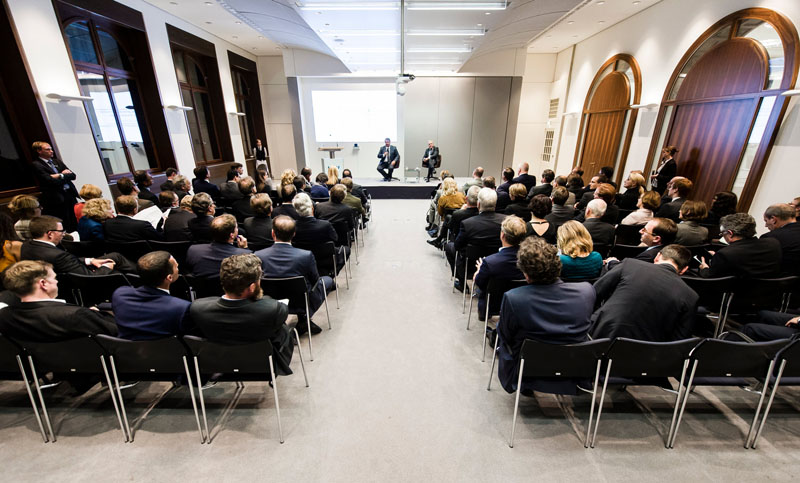 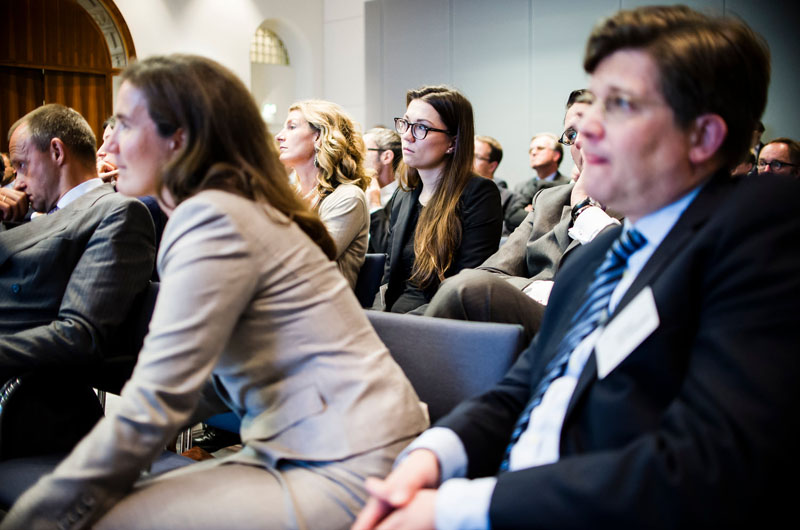 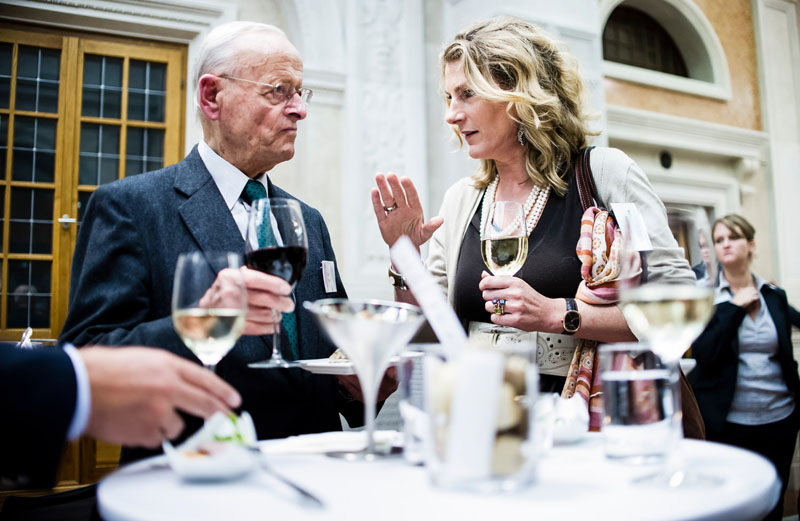 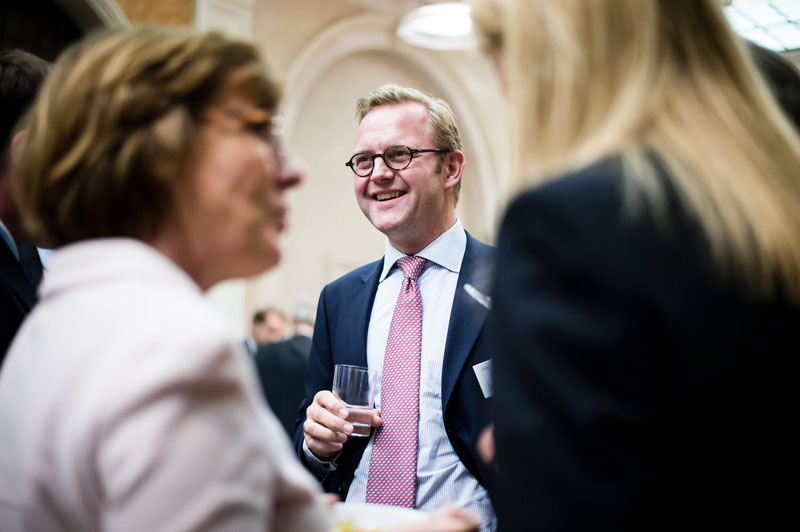 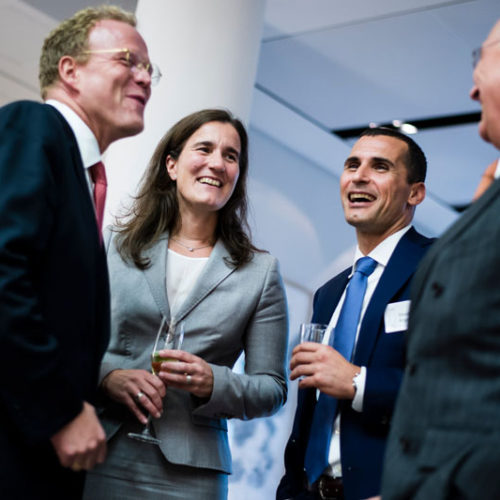 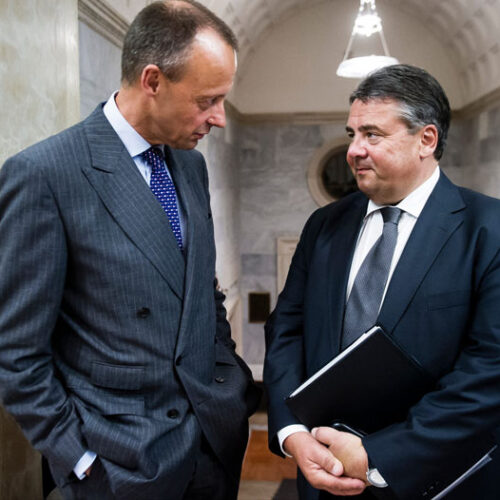 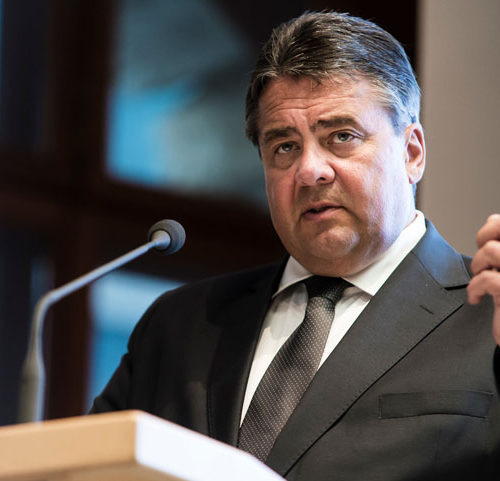 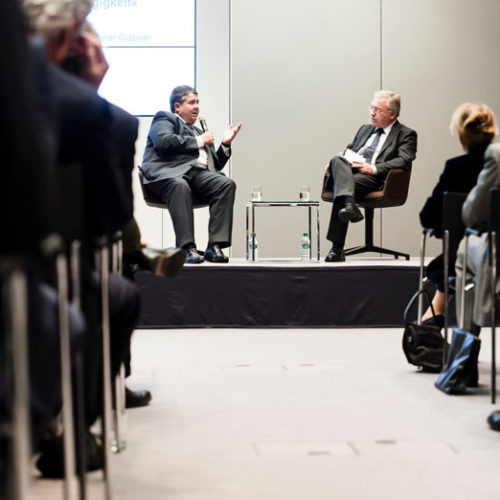 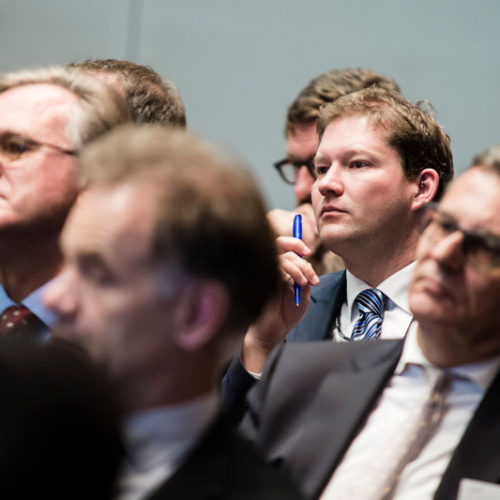 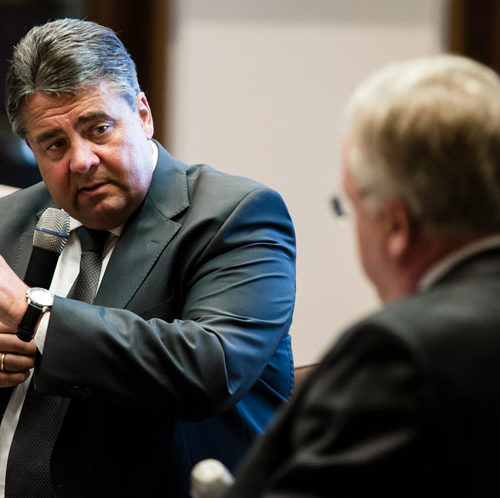 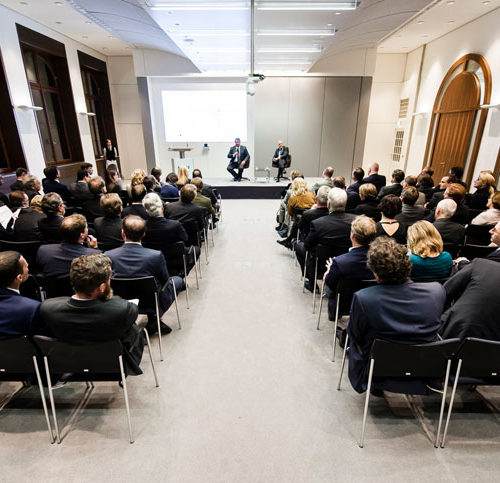 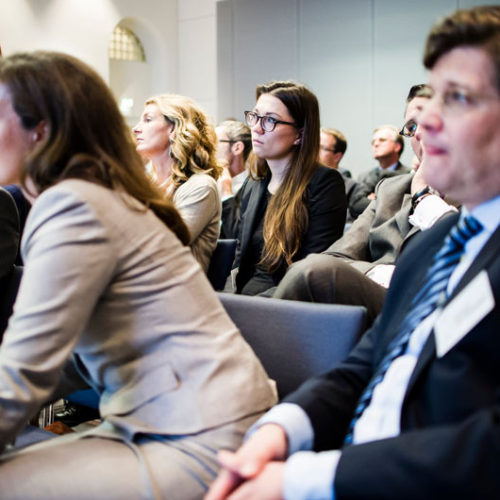 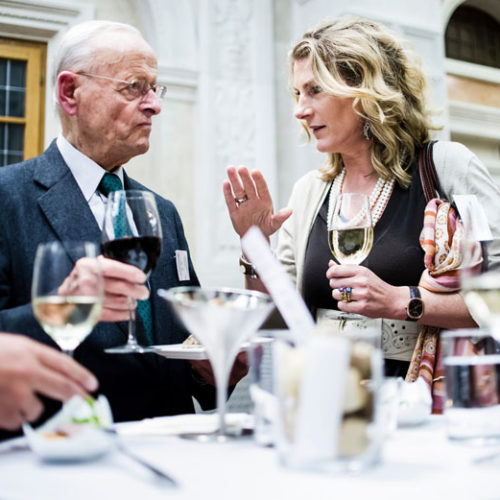 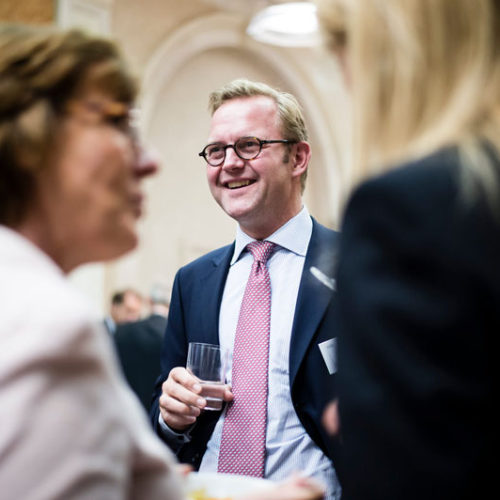 On October 9, 2014, Vice Chancellor and Federal Minster for Economic Affairs Sigmar Gabriel gave a keynote speech on the geostrategic aspects of energy policy. In light of the current crises in Ukraine and the Middle East, the issue of energy security was highly relevant, Gabriel stressed before 90 members and guests of Atlantik-Brücke. At the same time, he continued, the global energy landscape was changing profoundly. A growing world population and spreading industrialization caused an ever increasing demand for energy, while climate protection measures simultaneously transformed the structures of global and national energy supply.

Against this backdrop and in anticipation of rising energy prices, greater independence was an important objective of Germany’s energy transition (»Energiewende«), according to Gabriel. This major project of the German government not only included a complete phase-out of nuclear power, but also aimed to reduce the volume of oil and gas imports. In addition, it emphasized energy efficiency measures and their significant potential for cutting energy demand. Yet, the Minister underlined, complete energy independence was unrealistic in a globalized economy. Diversification was the better strategy to avoid supply shortages. His recommendation for the EU was to build an internal energy market. Supply security could not be achieved on a national level, he stressed; it rather necessitated a Europeanization – and partly and internationalization – of energy policy.

The following debate was moderated by Matthias Naß, international correspondent of the German weekly Die Zeit. It addressed the question how North America’s current energy boom will affect transatlantic relations. Gabriel emphasized that close cooperation between Europe and the United States was needed more than ever given multiple crises around the globe.