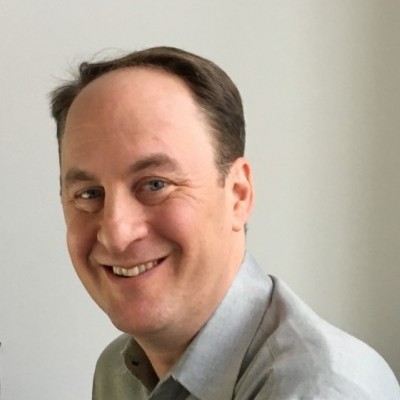 Donald Trump is returning to Europe twice in July, with stops in Poland, Germany, and France.  After the conspicuous disaster of his first trip to Europe at the end of May, the press is fairly quivering with excitement at the possibilities for mischief and mayhem surrounding America’s volatile commander-in-chief.

And, if experience is any guide, Trump will probably deliver. He could easily do for the Polish-German relations what he did for Saudi-Qatar relations on his last trip to the Persian Gulf. He could go into snit because of the protests against his visit. Or maybe he could just tweet out some insult about Angela Merkel’s look. It is all possible.

But it is also all a distraction. Because regardless of whom Trump insults or whom he flatters on this particular trip, serious questions about the Trump administration should persist for all of Europe. Five endless months into his tenure, a few points about his presidency have already become abundantly clear to reasonably attentive European observers:

All of this means that the essence of Trump’s policy is its incoherence and unpredictability. Nonetheless, in Europe, many policymakers have a certain complacency about his presidency. They note that the nastier elements of his campaign rhetoric — the hostility toward NATO, the indifference to the European Union, and the support for populist forces in Europe — have largely disappeared.

To their relief, Trump has put into place a foreign policy team that fits well within the bounds of normal Republican parameters. Beneath the daily tumult of Trump-induced chaos, people like Secretary of Defense James Mattis, National Security Advisor H.R. McMaster, and U.N. Ambassador Nikki Haley are working assiduously to reassure allies and to fashion a foreign policy that, while distinct from that of former U.S. President Barack Obama, is hardly revolutionary.

In stark opposition to candidate Trump, his administration’s foreign policy seeks to continue American leadership in the world, and indeed signals greater involvement in the Middle East and a greater willingness overall to commit American power to regional stability around the world.

This is not ideal from the perspective of many Europeans who remember the travails of the Bush administration, but it is quite familiar. It does not represent a collapse of world order. All the Europeans need to do is appeal to Trump’s ego at ceremonial occasions, be especially nice to Ivanka, and then do the serious business with the grownups in the next room. This is the emerging Trump management strategy around the world, from Japan to Saudi Arabia to Germany. People are gaining confidence in it.

This confidence is an illusion. Trump’s (lack of) character traits have already sunk his domestic agenda and even endangered his presidency. To the extent that Trump’s foreign policy has worked at all so far, it is because he has not been very interested or involved.

Yet American presidencies have a certain trajectory. They begin with a president committed to a domestic agenda — health care, immigration, taxes, etc. Usually within a year or two, they confront the fact that presidential power is very limited on domestic issues, and the U.S. Congress is a gridlocked mess. Looking to remain relevant and proactive, the president naturally turns to an area where he has greater power to take decisive action. Unfortunately for Europe and the world, that area is foreign policy.

And he might at any time. On a host of issues, the president is not on the same page as his national security team. On Russia, particularly, he seems completely at odds with his team’s own policy, even as Russia-related scandals engulf his administration. It is folly to believe that the United States and Europe can construct a long-term transatlantic policy to deal with a growing Russian challenge while the president divulges top-secret intelligence to the Russians in the Oval Office.

European complacency risks tying Europe’s fate to an unstable and unpredictable U.S. president. European policymakers hope that he will listen to his team, live up to their promises, and not destroy the NATO alliance or the European Union in a fit of pique. They would be wiser to hedge against his predictable unpredictability and seek their own means of securing their position in the world. This means developing a European defense capability and a European policy on Russia that doesn’t depend on the United States and its mercurial president.

Jeremy Shapiro is Research Director at ECFR. Previously he was a fellow in the Project on International Order and Strategy and the Center on the United States and Europe at Brookings, where he edited the Foreign Policy program’s blog Order from Chaos. Prior to Brookings, he was a member of the U.S. State Department’s policy planning staff, where he advised the secretary of state on U.S. policy in North Africa and the Levant. He was also the senior advisor to Assistant Secretary of State for European and Eurasian Affairs Philip Gordon, providing strategic guidance on a wide variety of U.S.-European foreign policy issues.

An earlier version of this article was published under the title “Trump and Europe: The NASCAR Summit?” on ECFR’s website.