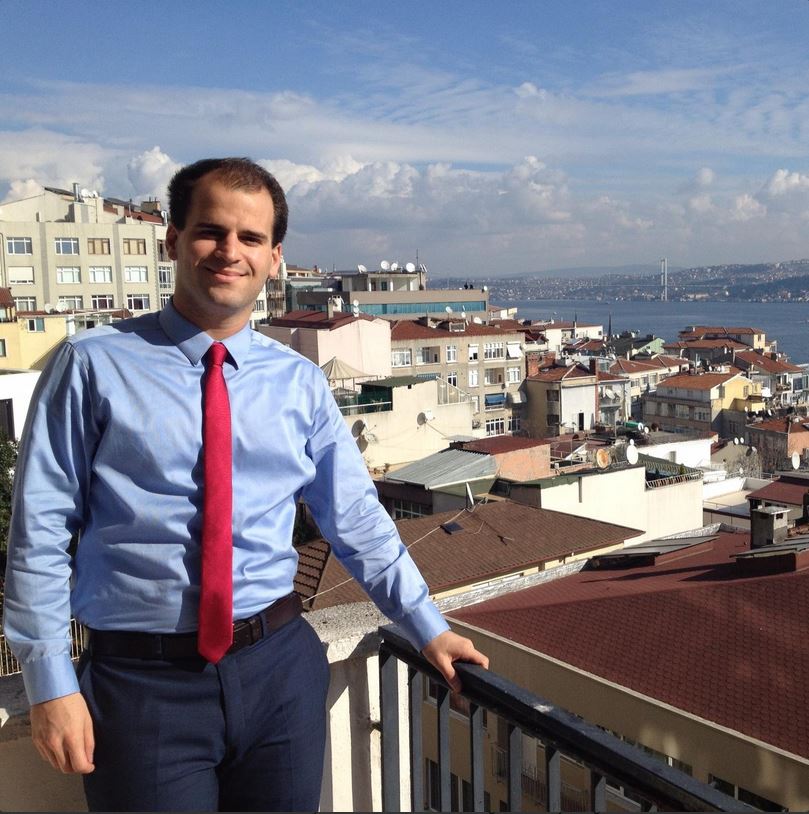 by Max Hoffman, Center for American Progress
Syrian Kurdish rebel forces fighting under the banner of the People’s Protection Units, or YPG—along with a brigade from the U.S.-backed Free Syrian Army, or FSA, and Assyrian Christian fighters—captured the town of Tel Abyad in northern Syria from Islamic State of Iraq and al-Sham, or ISIS, last week. The offensive was enabled by persistent coalition air strikes coordinated with YPG fighters on the ground.

Tel Abyad sits on the Syrian-Turkish border along one of the main highways south from Turkey to Raqqa, the Syrian city that ISIS has declared as its capital. As such, the city served as an important entry point for foreign fighters and supplies destined for Raqqa and service with ISIS. By taking the city and continuing their push south toward Raqqa this week, the Kurdish YPG and their FSA allies have cut this important supply line and dealt a blow to ISIS. In addition, the threat to Raqqa has most likely forced ISIS to divert forces from elsewhere in order to bolster its capital’s defenses, relieving the pressure on other areas that are resisting ISIS advances. But Turkish officials in Ankara have not welcomed these positive developments in the campaign against ISIS as they should.

Instead of applauding the blow to ISIS, Turkish officials have reacted with alarm, fearing the creation of a permanent, autonomous Kurdish enclave in northern Syria. Turkey, a NATO ally, has long feared such an outcome, which its leaders believe could foment separatism among Turkey’s own Kurdish population. The Turkish state has struggled for 30 years to stamp out an intermittent separatist insurgency in mostly Kurdish southeastern Turkey led by the Kurdistan Workers’ Party, or PKK, which Turkey, the United States, and the European Union label a terrorist organization. The PKK has upheld a unilateral ceasefire for the past three years and appears open to a peaceful solution offered by the Turkish state. But officials in Ankara still fear that the Syrian Kurdish enclave—governed by the Democratic Union Party, or PYD, a sister organization to the PKK and the political party closest to the YPG forces that took Tel Abyad—could offer encouragement and sanctuary to the PKK should the group reopen hostilities in Turkey.

These fears underpin the hostile reaction of Turkish officials to the YPG’s gains against ISIS. Two weeks ago, when the advance on Tel Abyad began, Turkish President Recep Tayyip Erdoğan warned that “The West, which is hitting Arabs and Turkmen of Tel Abyad from the air, is sadly settling the PYD and PKK terror organizations in their places.” Several days later, President Erdoğan added that the YPG’s seizure of Tel Abyad “could lead to the creation of a structure [independent state] that threatens our borders.” U.S. support for the Kurds, including coordinated air strikes and shared intelligence, has contributed to tension between Washington and Ankara, part of a wider disagreement over what course to pursue in Syria.

Despite the historical animosity between Ankara and the Kurdish groups that are active in Syria today and the reactions of Erdoğan and other Turkish leaders, the gains achieved by Syrian Kurdish fighters and their allies against ISIS are good for Turkey’s security. Turkey should welcome these developments for five reasons.

1. It strengthens the Turkey-Syria border
The YPG and its allies have pushed ISIS back from long stretches of the Turkish border, which enhances Turkish security by making it more difficult for ISIS operatives to infiltrate southern Turkey. Turkey has been criticized in some quarters for failing to crack down on the flow of foreign fighters and logistical support to ISIS across its southern border, including public criticism from President Obama two weeks ago. But it is a long, porous border with many towns straddling the divide and long-standing family and trade ties; this makes it very difficult to patrol, let along seal off. Turkey has therefore been—and remains—very vulnerable to possible cross-border attacks from ISIS should the group turn against Turkey. The YPG gains will insulate against this vulnerability, to some extent, and should be welcomed in Ankara.

2. It weakens ISIS
Almost anything that weakens ISIS is good for regional security and good for Turkey. The YPG is one of the few groups that effectively resisted and pushed back ISIS, with the help of its Arab and Assyrian allies and coalition airstrikes. This effectiveness is enhanced because YPG fighters have now successfully cut ISIS’ primary supply line to its capital, hampering its efforts to recruit fighters and resupply and forcing the group to shift forces from other fronts. ISIS forces are vulnerable to coalition air strikes when executing such redeployments, particularly if the group tries to move heavy weaponry or armored vehicles to the new front. ISIS will have to either accept YPG gains or face battle on terrain chosen by the Kurdish group and the coalition, in the open, away from civilian populations, and where they are most vulnerable to aerial attacks.

3. It supports moderates
The YPG and its Arab and Assyrian allies represent a relatively moderate array of forces that reject the violent Salafist ideology that motivates so many armed actors in Syria. While information is difficult to verify, it seems the PYD and YPG have avoided widespread abuse of civilians, so common elsewhere in Syria, and have sought to design a new social contract and legal system. The groups allowed Human Rights Watch to investigate the cantons under their control and pledged to address serious concerns of arbitrary detention and abuse raised by the monitoring group. The YPG’s cooperation with Assyrian Christians, Arab tribes, and the Euphrates Volcano—an FSA-linked rebel group—during the Tel Abyad campaign is encouraging. While the YPG and the PYD should continue to reach out across ethnic and sectarian lines and can certainly do more to include non-PYD voices in the administration of the Syrian Kurdish cantons, they are making the best of a bad situation amid a chaotic and bloody sectarian war.

4. The Syrian PYD does not seek an independent state
The Turkish government overestimates the potential for an independent Kurdish state on its border. Syrian PYD leaders have repeatedly said that they do not seek an independent state and that they support the territorial integrity of Syria and consider themselves Syrian. A PYD official repeated this assertion this week, saying “We have no plan to take a part of Syria. Indeed, we are part of it and we will fight to maintain an independent, democratic and united Syria with our allies.” The Kurds have declared autonomy in the context of the Syrian war but say that this will not change their commitment to be a part of a future Syria. Kurdish leaders argue they are merely seeking assurances about their status—including more control of local government—in a future, post-Assad Syria. Given the history of anti-Kurdish racism and state repression of Kurdish political participation, including the denial of citizenship, this position is reasonable.

5. Syrian Kurdish autonomy will not undermine negotiations with the PKK
Turkey is misjudging the impact that the Syrian Kurdish struggle is having on its negotiations with the PKK and overall relations with Turkey’s Kurdish minority. Ankara fears that Syrian Kurdish autonomy, alongside Iraqi Kurdish autonomy, could lead Turkish Kurds to demand such status for themselves or, more dramatically, seek to join them in an ethnic Kurdish federation. Such fears are far-fetched and ignore the political and linguistic differences between Kurds, personal and political rivalries and animosity between Iraqi Kurdish leaders and the PKK and PYD, deep energy and economic ties linking the Iraqi Kurds to Baghdad and Ankara, the hostility of regional powers and the United States to such an outcome, and the stated goals of Kurdish leaders on all sides to pursue greater political status within their current national borders. As previously mentioned, the PYD seeks a future within Syria, and the PKK dropped demands for independence years ago. Meanwhile, Iraqi Kurdistan Region President Massoud Barzani has put plans for an independence referendum on hold and pledged that any plan would be peaceful and negotiated with the Iraqi central government.

In fact, Turkey is ignoring several positive effects that the Syrian Kurdish struggle is having on Turkey’s peace talks with the PKK. First, young Kurdish men and women who seek to fight in in the name of Kurdish ethnic nationalism are now drawn to Syria to fight ISIS, rather than targeting the Turkish state. Second, for the first time, the United States has leverage over the PKK and PYD due to its air campaign in support of their fighters—leverage it can use to ensure peace in Turkey. Without U.S. air support and intelligence, the Syrian Kurdish cantons would be very vulnerable to ISIS. This Kurdish reliance on the United States dramatically reduces the odds of the PKK reopening the armed struggle within Turkey: Such a move would lead the United States to immediately cut support for Syrian Kurdish groups linked to the PKK, likely causing a split within the broader Kurdish movement and widespread anger toward the PKK leadership.

But Ankara’s outlook is complicated by two preoccupations of the ruling Justice and Development Party, or AKP, government in Ankara. Having just lost their outright parliamentary majority, the AKP must now form a coalition government. The most likely partner is the right-wing Nationalist Movement Party, or MHP, which strongly opposes Kurdish autonomy and favors a hard line toward the Syrian Kurdish cantons, making accommodation difficult. The AKP may therefore be ramping up the rhetoric against the Kurds in order to secure a coalition agreement. Second, Turkey’s primary goal in Syria has been to overthrow Assad, which has led Turkey to support quite extreme Islamist rebel groups—many of whom are hostile to the YPG and their allies. Still, on matters of fundamental national importance such as securing the border and combating ISIS, the Turkish government must take a long-term view.

Turkey must adapt to the new security situation

The bottom line is that Turkey must get over its preoccupations and adapt. Overall, U.S. support for Syrian Kurdish fighters and their allies in the fight against ISIS is improving the security situation in northern Syria and alleviating humanitarian suffering. The capture of Tel Abyad and the wider gains of Syrian Kurdish groups and their allies are good for Turkish security and should be welcomed by Ankara. Indeed, a more productive course would be for the United States and Turkey to cooperate to support the Syrian Kurdish cantons against ISIS and provide more substantial humanitarian support. If the United States and Turkey jointly support these groups, the two nations could bring considerable leverage to bear, as Kurdish fighters in Syria do not have deep-pocketed or committed external backers, unlike many Islamist groups and, indeed, the Assad regime. This means the United States and Turkey could use their leverage to force the YPG and the PYD to open up to diverse ethnic and political groups, cooperate more deeply with the moderate Arab FSA groups, and ensure civilian safety in the areas under YPG/PYD control. More importantly, such joint U.S. and Turkish support could improve the lives of ordinary Syrians who are caught up in the maelstrom. And, of course, such cooperation would project unity in the face of the ISIS threat and, perhaps, lay the foundation for a post-war Syria.

Max Hoffman is a Policy Analyst at the Center for American Progress.