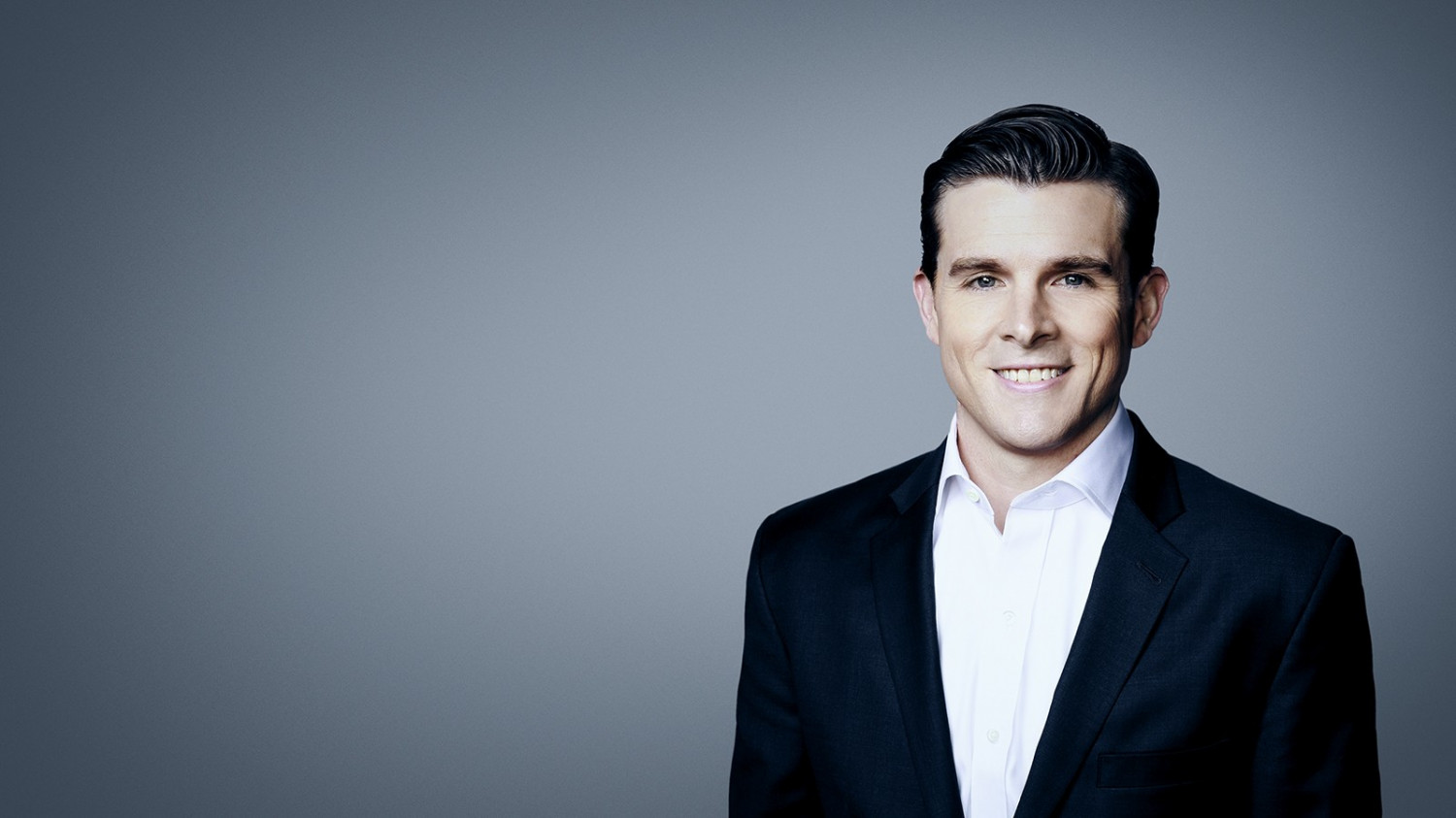 Mr. Mattingly, before President Biden’s visit to Europe, he wrote in an op-ed in the Washington Post that he intended to “rally the world’s democracies” to “defend our values, which cannot be separate from our interests.” Is Joe Biden reuniting the West?

Phil Mattingly: It’s certainly President Biden’s goal – no question about that. But it’s important to recognize there are levels to the effort. Yes, in the view of White House officials I’ve spoken to, the G-7, NATO and U.S.-EU meetings were a net success – perhaps even more so than they were expecting going in. But they are also clear-eyed that given their predecessor’s view on many of those long-standing allies – and most certainly the alliances themselves – it wasn’t exactly a high bar to clear. Biden cleared it just by showing up and reiterating his support for baseline elements (think Article 5, which no U.S. president ever questioned before the previous four years.)

A very deliberate and concerted effort to thrust the U.S. back into a leadership role led to some tangible outcomes.

But this isn’t a short-term effort – there’s a recognition that the West isn’t a monolith and on so many issues, be it China, or trade, or concerns with the U.S. domestic position, that it will take sustained focus for the entirety of their time in office to keep things together. Western allies spent a lot of time the previous four years weighing the reliance on the relationship with the U.S., the stability of it, the merits of maintaining it to the degree it has existed for decades. A positive nine day trip doesn’t wipe all of those issues away. I think Biden’s team knows that. That said, a very deliberate and concerted effort to thrust the U.S. back into a leadership role led to some tangible outcomes, whether on vaccines or a sharper focus on China, or starting to move to reverse or resolve certain trade issues, that U.S. officials believe are a good starting point for that effort.

Based on the results of the G7-, EU-USA- and NATO Summits: What can we expect for the transatlantic relationship going forward?

I don’t mean to sound like I’m undercutting a point I made on the first question – that one trip doesn’t undo the prior four years or solidify a return to the prior relationship – but I do think this trip is a really solid model for what officials describe as what Biden’s approach will be in the years ahead. The general idea is to agree on the baselines that have been the bedrock for those alliances for decades, but seek to update them to match a more 21st century approach (there wasn’t a lot of nuance in the signing of the new Atlantic Treaty document with Prime Minister Johnson before the G-7. It was the symbolic embodiment of this approach.)

So on areas of mutual agreement, the idea is to show a consistently united front and use that unity as leverage on challenges throughout the region – and beyond. On areas where there are disagreements, keep them behind closed doors and see if a middle ground can be agreed upon before anything spills out into the public that could undercut the relationship in front of competitors (that’s particularly prevalent on areas like trade and technology – there are differences there, but the goal is to seek to address them in a private, and diplomatic, manner.) The goal, as its been explained to me, is to maintain relationships to a degree where nobody is surprised by anything and issues can be addressed and resolved to the best degree possible behind closed doors.

Biden’s focus on China  brings about very real differences on how its rise should be addressed.

I do think, and this isn’t a secret, that Biden’s approach will lead to some natural tension – trade issues aren’t going away and Biden’s focus on China, while addressed in both the G-7 and NATO communiques, brings about very real differences in views on how its rise should be approached and addressed. That will be a constant issue that needs to be managed and addressed. But the process of drafting those communiques, while probably viewed as trite by normal people, is one that U.S. officials viewed as a positive development in the ongoing process to bring allies into unified approach. Will it ever happen entirely? No, and there’s no expectation it will – domestic equities for the various players simply don’t align perfectly on the issue…at all. But, like a lot of what we saw through those nine days, it’s a model of the general approach to come.

How is Joe Biden’s policy towards the United States’ allies greeted at home, after four years of a U.S. president with a decidedly antagonistic rhetoric towards Europe? How does the concern about the domestic political rift play into the Biden administration’s foreign policy?

It won’t be a surprise to anyone when I say it’s not a unified view, but overall the polling in the wake of his foreign visit has reflected solid majority support for the efforts Biden undertook. But there were certainly those who viewed Biden’s diametrically different approach to Europe as the U.S. wandering its way back into relationships that have been too one-sided (the long-stated view of Trumpism, to the degree that’s a defined approach.) That, however attractive to more populist strains domestically, is far from a majority viewpoint.

That said, and I think this gets to the second part of the question, Biden’s team is keenly aware of the very disconnect that made Trump’s view attractive – the idea that U.S. foreign policy was, to so many Americans, foreign. They didn’t see the benefits. They can’t tangibly point to why those alliances made their lives demonstrably better at home. Sure, it makes sense to those who have studied the post-war era and all of its elements. It is unquestioned by the vast majority of those who consider themselves foreign policy professionals. But one of the things Biden’s national security team has keyed in on is that in the wake of President Trump’s rise, that’s just not enough anymore. It is an animating feature of Biden’s diplomatic approach – this idea of making U.S. foreign policy work for the middle class. It sounds a little strange on its face, certainly amorphous, and to some degree it is still being fleshed out in terms of the policy approach. But a good roadmap of sorts comes from a Carnegie Endowment for International Peace report released in 2020 titled “Making Foreign Policy Work Better for the Middle Class.” A co-author of that report is the current national security advisor, Jake Sullivan.

The alliances that serve as the backbone of the West need to also show they can deliver for their populations.

From a more 30,000 foot level, I’d point to an off-the-cuff remark Biden made during one of his press conferences, which I’ve notated below, that really struck me and gets to the core of this question. He’s so upfront about his framing of this moment as one of “Democracy versus Autocracy” – and it’s not a communications strategy, by all accounts of his senior aides he genuinely believes it (with China by far marking the primary autocracy he means, but it broadly applies to various countries across the globe.) But in order to “win” the construct he’s laid out, he knows the U.S. – and other Western allies – needs to demonstrate it can still operate as designed. It’s the basis for the global minimum tax push, and the B3W initiative [the G7’s “Build Back Better World”, a global infrastructure plan as an alternative to China’s Belt and Road Initiative], obviously the vaccine distribution effort etc.

Biden said: “You know and I know they’re wrong.  But it doesn’t mean we don’t have to work harder than ever to prove that democracy can still deliver for our people. For the many who think things are changing so rapidly, democracies cannot get together and form a consensus to respond like autocrats can, but you know better than anyone that democracy doesn’t happen by accident.  We have to defend it.  We have to strengthen it, renew it.” (From the Remarks of President Biden to U.S. Air Force Personnel and Families stationed at Royal Air Force Mildenhall, June 9, 2021)

In that he means he needs to show the government can work on the domestic front – prove to those disaffected or disenchanted that pursuing the line of the last four years isn’t the most productive path. But he also means the alliances that serve as the backbone of the West, need to also show they can deliver for their populations. It is a high-stakes bet – and he has a limited window to achieve a pretty dramatic goal given the current environment. But he is all in on the idea of it as he made very clear during his trip.