Democrats can no longer threaten to impeach 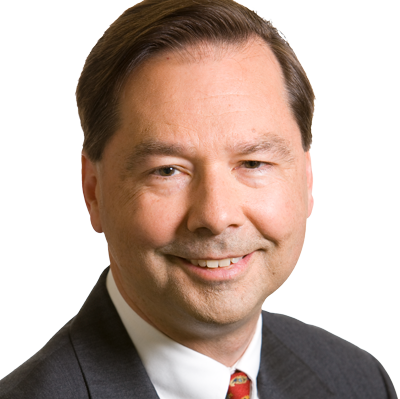 Special Counsel Robert Mueller’s full report has not yet been released, but according to a letter submitted to Congress by U.S. Attorney General William Barr, the special counsel uncovered no evidence that the Trump campaign or anyone associated with it coordinated or colluded with any Russian officials to influence the 2016 presidential election.

The failure to turn up proof of coordination or collusion should surprise no one. The Intelligence Committees of both the U.S. House of Representatives and the Senate conducted their own, separate investigations, and came to similar conclusions in reports issued in 2018 and 2019, respectively.

Democrats can no longer use the Russian collusion hoax as an excuse for losing the 2016 election.

From a political standpoint, this means that Democrats can no longer threaten to impeach the president over alleged misbehavior – that never occurred – during the 2016 election, and they can no longer use the Russian collusion hoax as an excuse for losing that election. If they continue to push this unfounded narrative, the public may well see them as engaging in an unfair, overtly-partisan persecution – so a perception that may well hurt them in the next election.

The second half of Mueller’s report addressed possible obstruction of justice by Trump.  Because of the difficult legal and constitutional issues involved, Mueller did not present his own conclusion, leaving that up to his boss, the attorney general. Instead, Mueller presented the facts he uncovered without either exonerating the president or accusing him of violating the law.

After reviewing those facts and consulting with Deputy Attorney General Rod Rosenstein (who appointed the special counsel) and other senior Justice Department officials, Barr told Congress that the evidence “is not sufficient to establish that the President committed an obstruction-of-justice offense.” This conclusion was bolstered by the fact that it is difficult to charge someone with the requisite “corrupt intent” to obstruct an investigation when there is no underlying crime.

In other words, it is almost always (but not invariably) the case that someone will try to obstruct an investigation only when he knows that the investigation is likely to conclude that he did, in fact, commit a crime. That is a concept the public – as well as lawyers – can easily understand.

One of the matters that Mueller and his team likely reviewed in this regard was the President’s decision to fire former FBI Director James Comey. Comey was dismissed, based on the recommendation of Rosenstein, because of his mishandling of the Hillary Clinton email scandal.  Comey had called a press conference to announce there was not sufficient evidence to prosecute Clinton for mishandling classified material in her emails and home computer, but then made derogatory remarks about Clinton.

As Rosenstein stated in a May 9, 2017, memorandum to then-Attorney General Jeff Sessions, Comey’s misbehavior violated long-standing Justice Department protocols about releasing “derogatory information about the subject of a declined criminal investigation.”  It was, according to Rosenstein, “a textbook example of what federal prosecutors and agents are taught not to do.”

Trump’s political opponents who continue trying to make something out of the obstruction-of-justice claim may be making a political mistake, if members of the public see it as unfair and unjust.

The Mueller Report has three implications for the 2020 presidential campaign. First, the president’s political opponents will not be able to credibly use any collusion/obstruction claims to criticize him. Second, if they do so, they are likely to suffer political harm from a public that believes they are attacking the president unfairly, even as they avoid addressing the myriad of legitimate, pressing problems that we face. Those issues range from a growing immigration crisis to an expanding budget deficit that endangers our economic health.

Third, however, and most importantly, Mueller found that the Russian government did try to interfere in the 2016 presidential election. They did so through a disinformation campaign using social media platforms intended to “sow social discord” and by hacking into the computer networks of both the Democratic National Committee and the Hillary Clinton presidential campaign. They then used WikiLeaks and other “intermediaries” to distribute the internal communications they stole.

Again, we should not be surprised by this. The Soviets ran these types of disinformation campaigns against America and Western Europe throughout the entire Cold War. The only change is their use of new technology: social media and the Internet. It is something that the U.S., Germany and other democracies need to guard against in future elections.

Hans A. von Spakovsky is a Senior Legal Fellow at The Heritage Foundation and a former Justice Department attorney.  He is the coauthor of “Who’s Counting? How Fraudsters and Bureaucrats Put Your Vote at Risk”and “Obama’s Enforcer: Eric Holder’s Justice Department.”