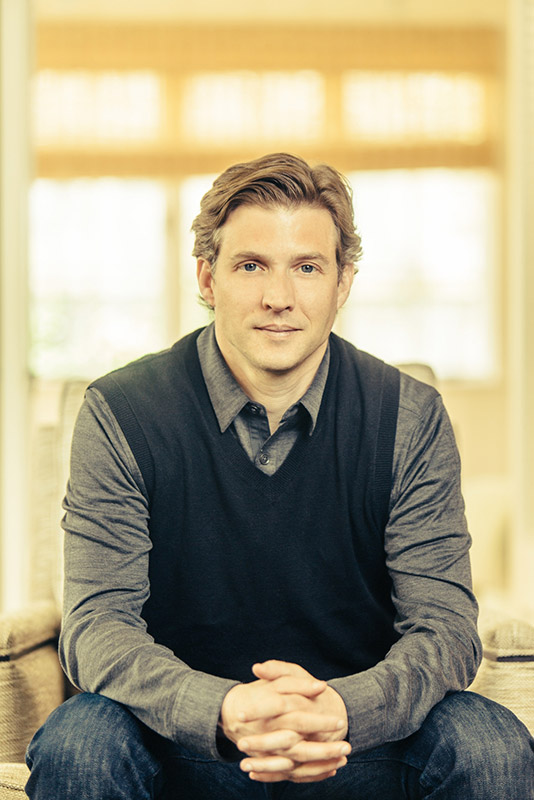 Alec, can you tell us the two top strategies to stop alt-right narratives as well as Russian propaganda distributed through social media?

The platforms have substantial responsibility themselves. People from government and from civil society need to insist that platforms like Twitter and Facebook monitor very carefully who is using these networks and whether they are doing so for the purpose of manipulating the information environment in a malignant way that violates the terms of service of the platform. All of us should push these platforms to be much more responsible. In addition, we have to name and shame the purveyors of this activity. This is very difficult sometimes. Particularly Twitter allows for anonymity. However, people who are orchestrating these campaigns have to be identified. They have to be named and shamed so that there is consequence to their actions.

How much sense does it make to name and shame the purveyors if they are actually not individuals and not located in the United States?

If the point of origin of attack is from Macedonia but it is receiving instructions from Russia, which is frequently the case, you have to engage diplomatically. Honestly, the United States is unlikely to do so, because we have a president who is sympathetic to the extremists. For other countries that still believe in the Universal Declaration of Human Rights, the key is to put real pressure with consequences on the actors behind it. It has been established beyond reasonable doubt that the Russians are seeking to destabilize the Western democracies. It is time for us to begin to hold Russia to account for molesting our democracies.

Given that there is also some anxiety in Germany with the upcoming general election, how can you make yourself less vulnerable against such attacks?

There is nothing you can do as an individual candidate. Beyond the technical things – every candidate and every political party should do what they can from a technical perspective – the responsibility is really on the nation state to make clear that there are consequences if there is foreign interference in the election. For example, with your election on September 24, the best way to keep the Russians from molesting that election is to let them know through public channels and through private channels that if there is evidence for their doing this,  there will be severe sanctions. Germany often has mixed emotions about sanctions but if you are not willing to say “No, we won’t buy your oil. No, we will not engage in commerce with you,” then you make yourself vulnerable.

Recently, Samir Saran, the Vice President of the Observer Research Foundation in New Delhi, demanded a compulsory social media participation from citizens in elections. Do you think that citizens should be held more responsible for their own online participation?

I am not sympathetic to the German law in this respect. The most effective response to offensive speech is more speech. As long as what is being published does not violate Facebook’s terms of service, people should be free to publish it. The idea that 196 sovereign nation states could have 196 different sets of laws to govern a single private sector platform does not make sense and is inconsistent with the Universal Declaration of Human Rights that allows for the freedom of expression. Freedom of expression allows for the freedom of offensive expression as well. It may irritate me. But a platform should not be regulated in terms of the kind of content that is there – as long as it does not incite to violence.

So the naming and shaming that you mentioned is holding accountable in a moral sense.

And holding accountable in an economic sense. For example, the most effective means for shutting the marchers in Charlottesville down in many respects has been putting their faces on the internet, making clear that they were marchers. What happens? Their employers fire them. They go home and suddenly everyone around them hates them for being white supremacists. The naming and shaming is both moral and economic. It isolates people societally.

Especially in Europe, populists from the far-right and the far-left use technology such as social media more effectively than other big parties. For example, the populist right wing party AfD here in Germany has almost as many Facebook followers as other parties in Germany combined. What can mainstream parties do to improve their use of social networking sites?

They have to be willing to take a bit more risk. A lot of these far-left and far-right parties are not afraid to engage in a rather over-forward way with citizens where the more formal, long-standing parties do so in a way that connects with people less effectively. Their tweets or the Facebook posts read like press releases as opposed to a conversation. If you want to connect mainstream political parties with the governed more effectively using digital tools, you have to connect directly and in a way that is a bit less formal.

How can that be achieved?

Using things like Facebook live for live video chats or speaking in a way that sounds more like people speaking on the street than behind a lectern. These stylistic differences matter greatly when connecting with younger voters. Mainstream political parties also have got to confront the nationalist parties parties when they are putting out fake news, when they are saying things that are actually inaccurate or when they are doing things which are rooted in racial or ethnic bigotry. We cannot be polite in responding to them. Part of how you confront people is most effectively done through social networks.

How do you confront the U.S. President best on social media?

Donald Trump has proven to be almost immune to being confronted on social media. Where He doesn’t pay any attention to what people say to him online – maybe just because he cannot even work his phone except send a tweet. But you can see him in an absolute rage some days because of what he watched on the morning talk shows or what he read in the newspaper. The way to confront Donald Trump is actually not through social networks. It is through television and the newspaper.

What did you take away from the 2016 election campaign for your own campaign right now?

It is a recognition that people are angry. You have to understand and value the perspectives of people who have been stagnating economically. I hold the believe that in the United States Democrats have failed recently, because our leaders are segregated from the working class. We have to reconnect ourselves to the working class in a way that we have not done for many years.

In your book “The Industries of the Future” you outline the thesis that digital competencies like programming languages are the key when it comes to reintegrating vulnerable populations into the work force. Could you give us three priorities that a future German government must tackle to ensure that particularly vulnerable populations are not left behind?

The first priority is an issue of access. You have to ensure universal access to high speed low cost broadband. The second priority is skills training in all schools, not just the elite schools in wealthy communities. Computer code is the alphabet that much of the future will be written in. It is not about everybody becoming a computer scientist but making sure that people are fluent in the alphabet of the future is very important. And the third priority is a focus on gender. Too often women are underrepresented in technical fields including computer science. It is worth it making an extra effort to ensure that the interest of women is sustained particularly after young girls enter adulthood when their engagement on technology tends to wane.

You are currently running for Governor of Maryland. Can you give us an example from your own constituency how you are trying to bring these three priorities together?

It is hard work. But for somebody who is running for office the most important thing is to remember: You only have one mouth but you have two ears. So instead of just going into the room and talking ceaselessly, you should really seek to understand the perspective of people. What I found is that you can disagree with somebody but if you understand why they think what they do, you can find common ground. Becoming a good listener will make you a better talker. When I use social media and Facebook in particular, I ask people why they think something instead of arguing with them. And instead of responding and telling people they are wrong I would put a series of facts in front of them – in a way that is not meant to humiliate them but in a way which is trying to bring them to the truth of a matter.