“Digital Skills: How to Get Ready for the Future of Labor?” 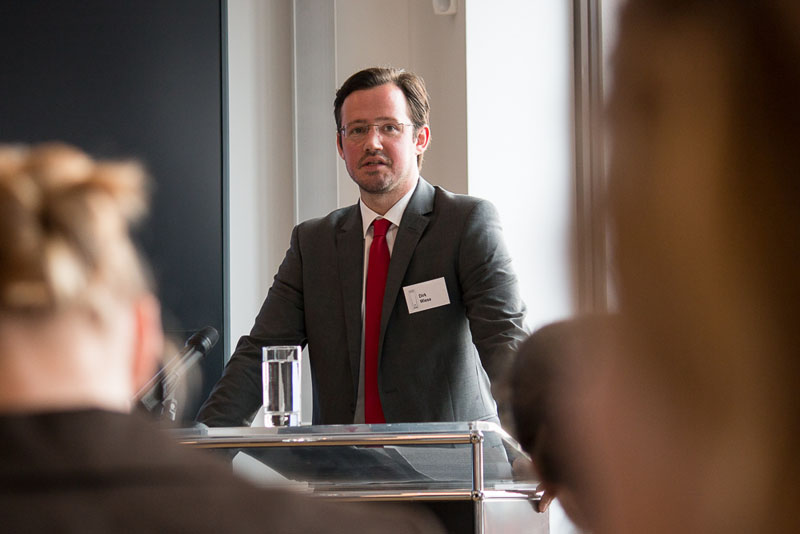 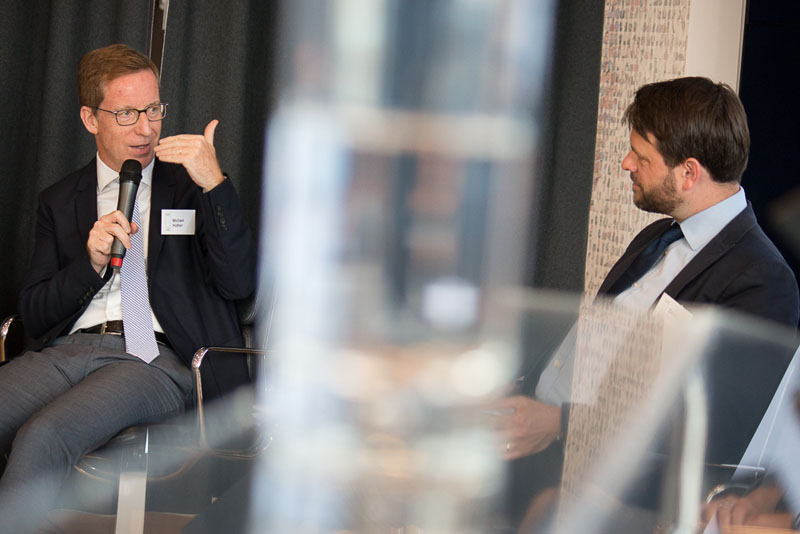 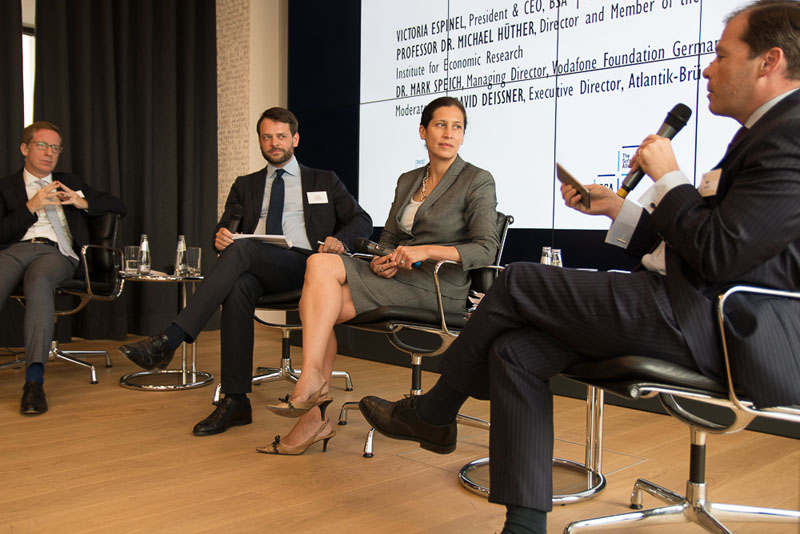 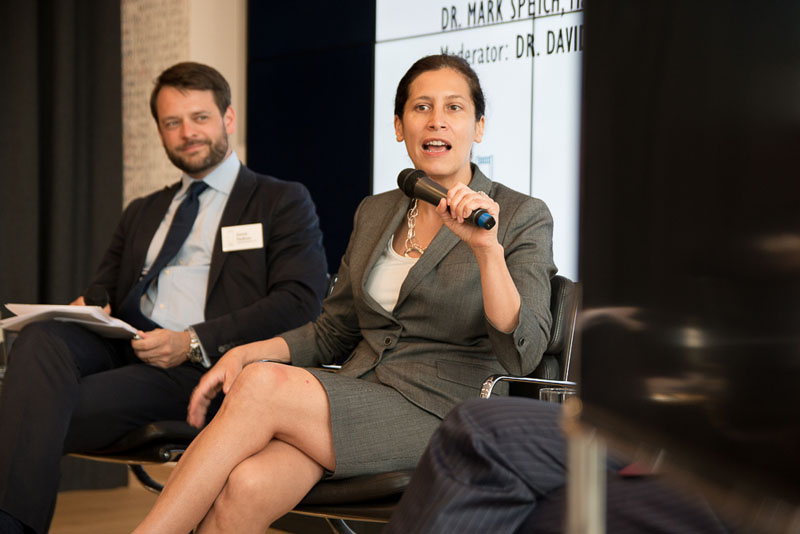 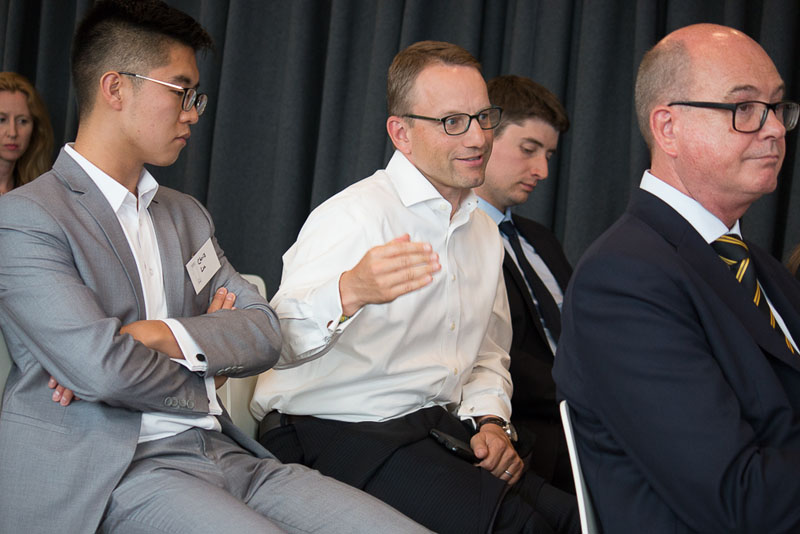 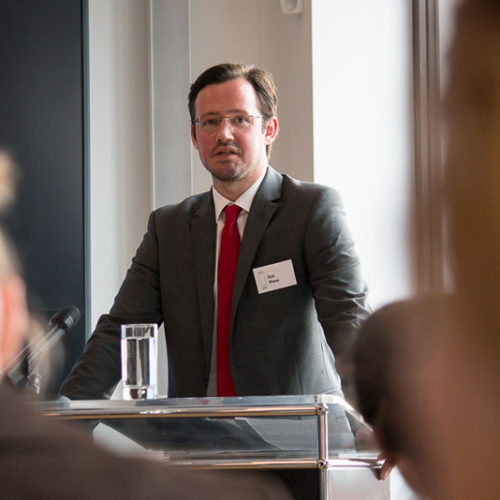 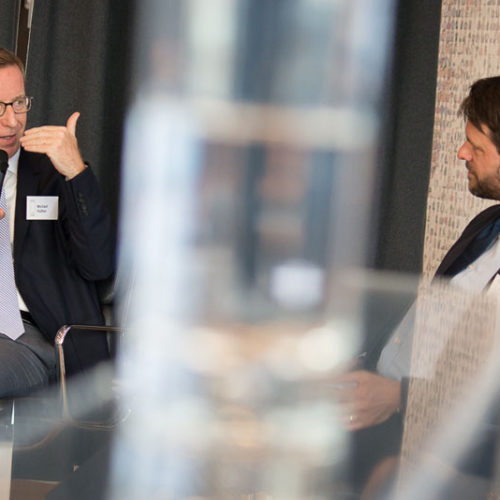 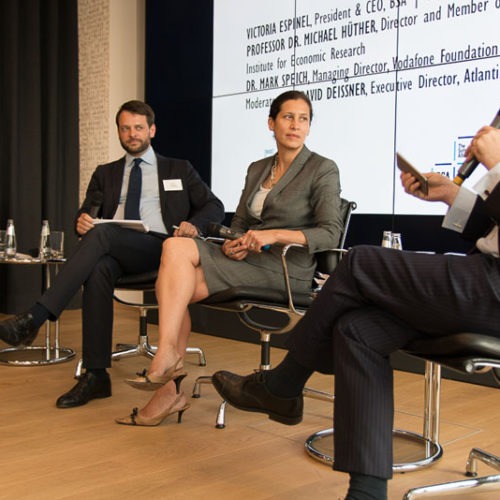 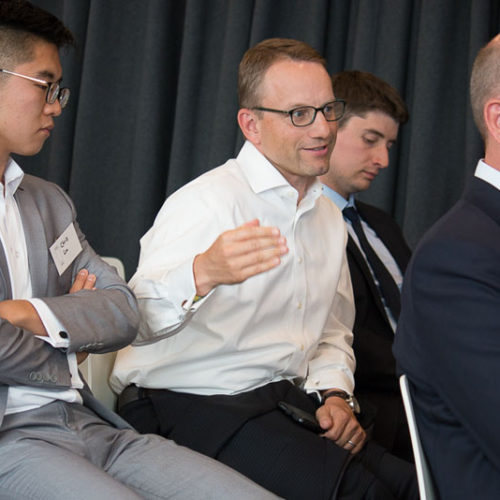 There is an increasing gap between the projected number of computer related jobs and graduates who will be able to fill these jobs, both in the United States and in Germany. What can companies and the government do to close this gap?

We have a real skills gap in the United States and in Germany. We are an unusual industry in that we have more jobs to offer than we have people to take them. The good news is that the jobs are good jobs, they are stable, well-paying jobs, but we do have a real problem in terms of creating a good labor pipeline. I’m glad you asked what governments and companies can do, because I think both have a role to play.

It would be very beneficial for governments to put more funding towards computer science education at as young an age as possible. In the United States we have been asking Congress to authorize more federal funding to go to computer science education. There are some governments in the world that are very focused on that, South Korea for example. They are putting coding and computer science classes in curriculums at a very early age. In the United States, that has not happened in as consistent a way, but we are encouraging for more and more of that to happen. And I think here in Germany, it would also be very helpful.

We believe that companies also have an important role to play, and our companies do that in a variety of ways. Part of that is funding non-profits that are teaching young children to code, and part of that is setting up classrooms where the companies themselves are teaching young people. There is a lot that is already happening, and there is a lot more that could happen. We sponsor the launch of a non-profit in Washington, DC, called Girls Who Code, which is dedicated to teaching coding skills to girls in high school. What I especially like is that it finds young girls from a very diverse set of backgrounds. Most of the girls have had no coding skills at all before they came into the program, and over the course of a summer, they learn to design an app, they program robots to dance, they learn how to build websites. It’s amazing to see how quickly they pick up the coding skills, but it’s also great to see the confidence that comes with this new skill. We absolutely need to have more coders, and we need to have more female coders. We don’t want a world where everyone is a computer science engineer, but it is good for everyone to learn a new way of making decisions. So, whether or not someone is going to be a software developer, I think it is very useful for them to learn coding at an early age.

Women who do pursue a career in tech often face adversity. In April, The Atlantic published a story entitled “Why is Silicon Valley so awful to women?”, and recently, Uber has been criticized for its corporate culture. Is there anything that can be done to make the tech world more welcoming to women?

Yes, and that absolutely needs to happen. In the United States, we have seen the percentage of women who are computer scientists decline over the last 25 years. In the mid-1980s, about 36 percent of computer science graduates were women, that was comparable at the time to law and medicine. Since the 1980s, we’ve seen those numbers go up for law and medicine, and now they are about 50/50. In computer science, the numbers have gone backwards. Now, in the United States, 18 percent of computer science graduates are women. This is something that we as an organization and the companies that I represent are trying to change, partly by sponsoring programs like Girls Who Code. I think there are a variety of reasons why we’ve seen the numbers decline, but part of is the lack of role models. I think there is a negative, self-reinforcing cycle. If fewer women go into computer science, fewer girls see it as a career that seems relevant to them. I believe we can work towards a positive reinforcing cycle by breaking those numbers – if we can get more women to go into computer science, more girls will start to see it as a career opportunity. I think there are some cultural issues as well. The cultural dynamics of women going into computer science can be difficult in many different countries, because it has become viewed as a man’s career, and that means that parents are sometimes less encouraging. There is a shift in mindsets that needs to happen as well. But again, as more girls go into computer science, I think families and friends will start to see it as something more natural and become more encouraging.

Let me follow up on another point that you made. You said that in the future, not everyone needs to be a computer scientist. A lot of people are afraid that technological innovation will eventually put them out of a job. Do you think this is a problem our societies will face?

I don’t think it makes sense to speculate too much. We are living through a lot of change, so there is certainly a chance that there are going to be some major shifts in the labor force, and we should try to prepare for those. I don’t think anyone knows exactly what is going to happen, but that doesn’t mean we shouldn’t try to start preparing to be ready to support people. Again, I think there is a role for the government and there is a role for industry.

The big role for government would be to ensure that there is a social safety network. There is a lot the government can do in terms of training and re-skilling, but there are many things the industry could do as well. Our companies are engaged in a lot of those efforts. I talked about educating young people, but there is also a lot of energy and resources being put into re-training and re-skilling people who are out of the educational system. Another thing that is important is to rethink the sometimes very strict qualifications we have for hiring. At some companies, for instance, an employee must have a college degree, even if they can acquire the skills they need through a different program. This should be reconsidered.

With an increasing part of our nations’ economies and infrastructures hinging on software, there are also new security concerns. How can we make sure that private employers meet adequate security standards when hiring employees responsible for crucial software?

Our companies think about this every day. Both because they are building software products and because they are trying to make them as secure as possible. Many of our members are also in the cyber security business. I think that security by design is something that absolutely makes sense, and I think the governments have a role in trying to encourage that. For our companies, that is a concept that is  immersed in the software development process, but there are a lot of companies now that are building software that are not necessarily software companies. This is a good thing, but it is important that the steps that our companies go through to make sure that their products are as secure as possible are being applied everywhere.