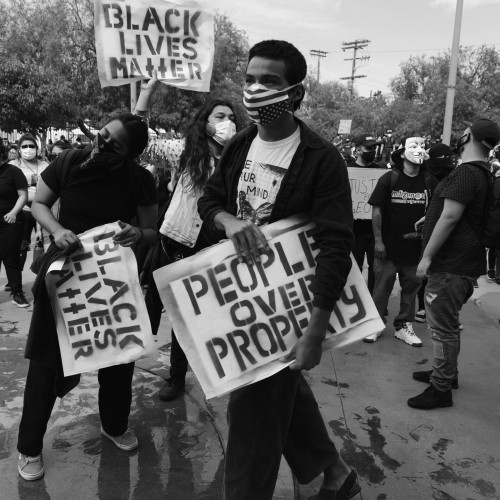 “Conversation on Racism and Police Brutality in the U.S.”

The death of George Floyd, a 46-year-old African-American, who died while being pinned to the ground by a white Minneapolis police officer, has sparked outrage in the United States. Over the last two weeks, protests have occured nationwide in at least 140 cities demanding an end to systemic racism and police brutality. While some protestors crossed the line into violence, many peaceful protesters, bystanders and journalists experienced police brutality and felt that their right to free speech has been infringed upon.

It has been argued that George Floyd’s death, as well as the nationwide protests it has caused, amplify fundamental flaws of law enforcement in America: militarization, the lack of real accountability and transparency, and misplaced incentives. We cordially invite you to discuss these topics together with our speakers and encourage you to pose your questions during the call.