“Healthy skepticism is a good thing” 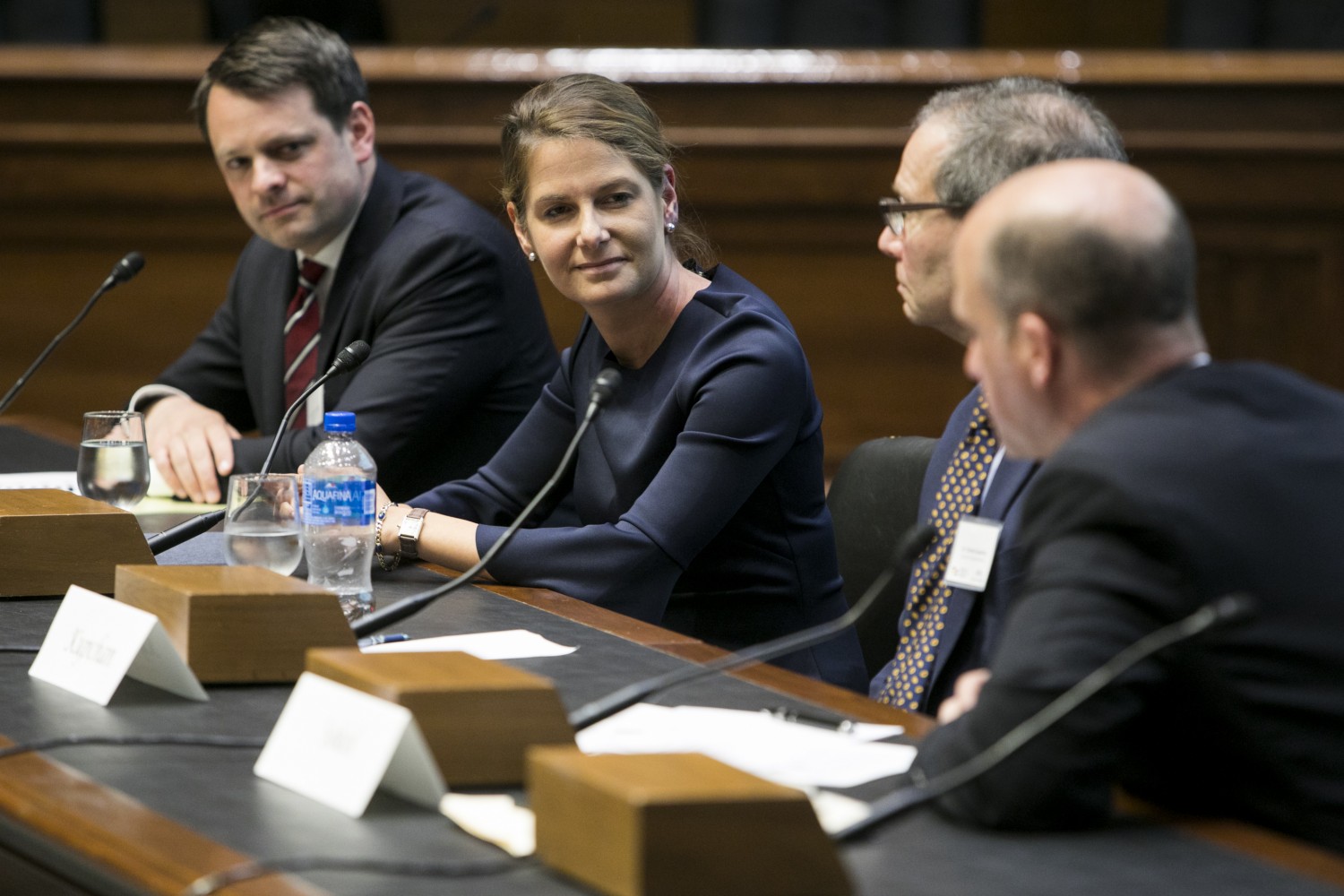 Atlantik-Brücke and the American Council on Germany recently conducted a survey on transatlantic relations. One of the questions concerned “fake news” and the survey found that 10 percent of Germans and 23 percent of Americans consider “fake news” a very serious threat to democracy. Do you think Germans and Americans mean the same thing when they talk about “fake news”?

I’m not sure if Americans themselvers are talking about the same thing when they talk about “fake news.” Depending on your political affiliation you may have a very different view on what “fake news” actually is. People are generally concerned that they do not know what and whom to believe. Personally, I think this presents a great opportunity for journalists to dig in and make very clear what is fact, what is opinion, what may be fiction, and maybe to even do a better job than we’ve done so far.

What measures do you think could be useful in making people more aware of trustworthy news sources?

People pretty much decide for themselves whom they trust. If you look at Breitbart for instance, people who consume Breitbart news trust it. So, trust in itself is a difficult metric to use for the shape of media, politics or democratic institutions. As a media outlet, you need to build a relationship with your readership, with your audience, and make sure that you’re addressing what is most important to them. It doesn’t mean that you have to tell them what they want to hear. But you should make sure that you’re not focusing on topics that are utterly unimportant to them. Take food, for example: there is stuff we want to eat and then there is stuff we should eat. I personally like to eat hamburgers. But I know I should eat more broccoli. With news, there is information you want to know and then there is information you should know, and media should find that balance without being patronizing. Especially digital media that try do increase traffic by any means runs the risk that this balance will shift towards what people want to know – and neglect what should be known.

Would you say, though, that digital media outlets caused this change? Wouldn’t people in the past also pick up only the type of newspapers and magazines they wanted to read?

Whenever I hear that people don’t trust the media, I think they are right, they shouldn’t. I wouldn’t know how to trust “the media”. A healthy skepticism towards anybody who tells you “Believe me!” is a good thing. There used to be a “blame-the-media game” and now it’s turned to “blame social media.” Both blame games are missing the point: What is most important is that the concerns people discuss at the dinner table, the things that worry them in their daily lives like education of their children, social welfare, crime rates and migration issues should be taken seriously.

Do you think that some of the general dissatisfaction with institutions, as shown in our survey, has to do with the way elites act and portray themselves? Do you think it is time for those elites to be self-critical?

Yes, and many are. Ever since Brexit, ever since the election of President Trump and the rise of the AfD, there has been a lot of “Jesus! How could this happen?” and self-assertion about the importance of Western values. But look at what happened during the financial crisis: my idea of Western values does not include greed, decadence and a total lack of accountability. And yet all of those occured before our very eyes and the so-called establishment didn’t do anything to stop it. No wonder people have lost confidence in the elites. Business, academia, the financial sector, politics and the media have to live up to their responsibilities. It would help if they moved out of their self-made filter bubbles in Berlin-Mitte or Washington, DC  to talk – and listen! – to people outside. To the non-urban middle-class, which at least in Germany is the backbone of our society.

Do you think “fake news” is a new phenomenon?

There are wonderful examples of “fake news” in the past. In the GDR in the 1950s, newspapers published eyewitness reports by farmers who said that shortly after hearing planes they found potato beetles on their fields. News reports would then claim that the US was breeding the imperialist Colorado potato beetle in military labs to attack the “flourishing” socialist economy. This was, of course, nonsense and propaganda. But there are even older examples, one I was recently told by Michael Butter from Tübingen University. In the presidential race between John Adams and Thomas Jefferson, team Adams claimed that Jefferson wanted to reinstate monarchy in the United States and marry off his children to British royals. Team Jefferson, however, toured the country saying “No need to vote for Adams. He has died.” So, the phenomenon isn’t new at all.

What is new is the reach and velocity with which “fake news” travel. This is a technical and a regulatory challenge. Mark Zuckerberg currently has one of the hardest jobs in the world. He has given himself another two years to tackle the problem. Facebook and other companies like Google, YouTube, etc. are taking this issue much more seriously than they used to. But given that social media is only about five minutes old in historical terms, there is a lot we don’t know yet. I’m always skeptical about the ease with which people say: “Oh, this factor has led to this outcome.” Donald Trump wasn’t elected because of a bot-campaign. And as much as the Russians interfered, I think Trump’s victory had much less to do with Putin going to Facebook than with Hillary not going to Wisconsin. Yes, people can be manipulated but it doesn’t follow that they make electoral decision based on disinformation. People have this rather annoying tendency to think what they want to think – and not what politicians or journalists want them to think. For journalists, the challenge today is not just to report the facts and hold government responsible. It’s also to know what people perceive as the truth and what they feel. If you don’t know people’s emotions or if you sneer at them for having the wrong feelings, there’s no way you can gain their trust again.

Tanit Koch ist a journalist and former Editor-in-Chief, BILD. She is a member of the Transatlantic Commission on Election Integrity (TCEI).