“Trump is volatile, but Wilbur is very steady“ 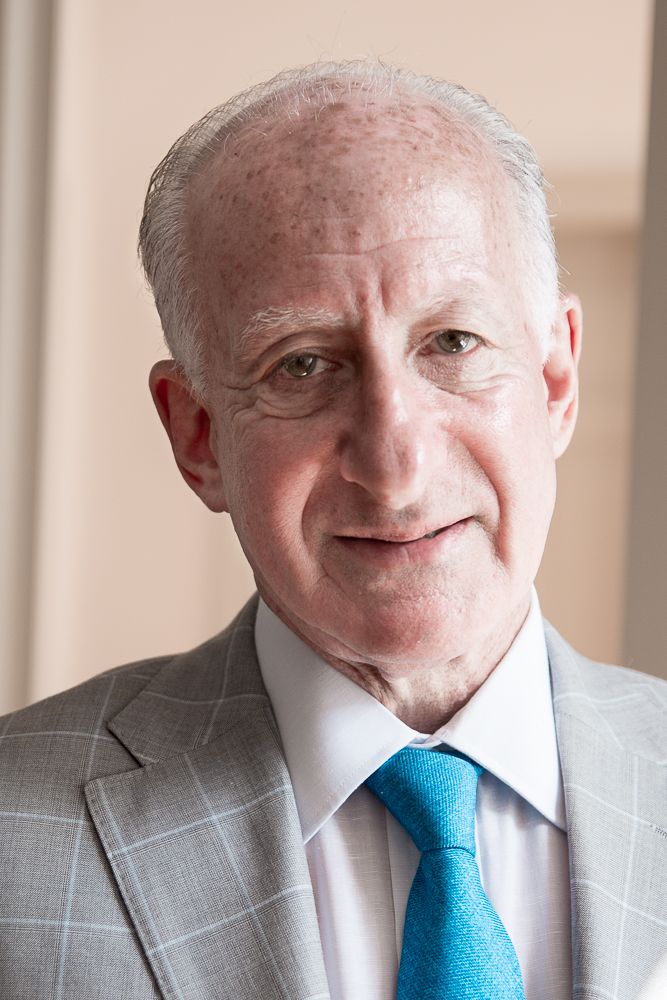 Since you first started out as a labor organizer, how have things changed for American workers?

We have seen the demise of thousands of manufacturing jobs, in giant factories and whole industries – furniture, textile, as well as many of the auto jobs. And we have seen a real decrease in steel production. So there is the decline of industrial jobs, which leads to the decline of whole parts of the country where the factories were the economic mainstays of communities. When I joined the union movement as an organizer after I graduated college in 1972, the union movement represented almost 30 percent of the American workforce. Today it’s 12 or 13 percent. And after the Supreme Court Decision in Janus v. AFSCME , it’s less. And this is not because unions are less popular. It’s because the rules have been changed to make organizing labor harder and harder. Anti-union behavior by businesses used to be the exception – now it’s the rule. The whole business community has turned much more anti-union. And I think this is to the detriment of the country.

AFL-CIO President Richard Trumka left the American Manufacturing Council following President Trump’s reaction to the far-right protests in Charlottesville last year. Do you think this was the right thing to do? Or would it have been better to stay and work with the administration?

I understand why Trumka did it. What Trump said was abhorrent to Americans and unions. Leaving the Manufacturing Council may not have had a big impact, but it was symbolic and probably important for the world to see that the AFL-CIO was not going to condone that kind of behavior. It is very difficult for unions to relate to this administration. I do think you have to relate to the administration in some way. And I think Trumka is finding his way to do that. It’s a problem all unions have: it’s an anti-union administration, but there are things to work on with them and when people can, they try to do so.

„This is an anti-union administration, but there are things to work on with them.“

You mentioned that unions have a hard time dealing with the administration. At the same time a lot of Trump’s rhetoric is addressed to working people. Do you think the people Trump won over with his message of “America First” and winning jobs back for Americans are disappointed with his policies or are they still supporting him?

There is some of both. There is certainly some disappointment – Trump was going to make all these deals, he was going to bring jobs back – and he hasn’t done a lot of that. There are people who feel fooled by Trump and who find his personal behavior obnoxious. On the other hand, there are people who give him a lot of credit for trying – whether it’s had an effect or not. He is fighting about trade, he is willing to yell at Ford Motor Company, he is willing to criticize Harley Davidson. So people give him credit, even though the results are not there. Will that last? I don’t know.

The other thing is that the American economy is pretty strong. We have low unemployment. Wages are low, too, though. And I don’t think people necessarily blame Trump for that. They don’t expect him to raise their wages. I don’t know why that is.

That’s a very interesting point. During his campaign, Trump stressed that he wanted to bring back a certain way of life for American workers, a better way of life. Do people not expect him to live up to his promises? Or are they expecting things to get better in due course?

I think people want that vision. I don’t think they expect it. And I don’t think they hold Trump accountable for doing it all. I think they give him credit for trying. And remember – we have not had an American president in my lifetime who stood up for American workers on trade. And I was born in 1950. American presidents have been free traders. And he is the first one who has stood up for them. I think eventually people will see that it doesn’t work. But right now, they give him credit for trying. And they don’t expect him to get their employer to raise their wages.

As a former union organizer, do you think the future of American jobs is in manufacturing?

No. The truth is, you could automate – depending on the economics of it – half our existing manufacturing jobs right now with robots. America’s future is in tech and service industry jobs. For instance: the fastest growing job in our economy is home health aides as the population ages. It’s not written in the Bible that those should be low-paying jobs. If society values those jobs, they should pay workers well. There is a dramatic increase in the number of warehouse jobs because of the internet and the decline of the retail sector. There is a huge shortage of truck drivers. Truck driver jobs are not good jobs, so that is why they don’t get young people to train to drive trucks. Thirty years ago, if you drove a large truck, you were a middle-class person. Now you are struggling. That’s the problem in our economy. But manufacturing is not coming back. Manufacturing will always be there, because we produce a lot of stuff. But it will decline further in terms of the percentage of the population that is employed in it.

„America’s future is in tech and service industry jobs.“

Should unions rethink their anti-trade stance?

Yes. I also think unions have to look at the technology industry and think about how unions can organize workers in the new economy. For instance, the auto workers union in the US won two big campaigns in the last few months. Harvard graduate students and Columbia graduate teaching assistants – between the two, it was 7000 workers who need a union. And they are going to get a union. At the same time, the union lost an election at the Nissan plant in Mississippi with 4000 to 5000 workers. My point is: unions have to go where the economy is. And they can do that. Look at the size of these companies – the market capitalization of large manufacturing companies is a shadow of the market capitalization of Apple, Google, and companies like that. Unions should make alliances with these new giants.

We have seen an upsurge in union organization in internet media jobs. Many young people are employed in that sector – they’re progressive, they also see themselves as vulnerable. When the media cut their budget, they cut out investigative reporting. Their employees want to push back against that. And they see unions as a vehicle to do it. So, we’ve seen an upsurge in media union organizing. I think union organizers have to adjust. I remember when I was a young organizer in Cannon Mills in North Carolina, 20.000 workers would pour in and out of the gates. Those days are over. But there are a lot of new jobs and unions have to find a way to represent those people.

Do you think that it’s possible to organize people like Uber drivers who are self-employed and may work several part-time jobs?

Uber drivers are a good example. Whether they are being called employees or self-employed is a legal debate, but no practical debate. If you’re driving for Uber, they tell you where to go, they tell you who to pick up, they tell you how much they will give you, and they tell you what the rules are. So, you’re an employee. Unions need to represent Uber workers. And they need to use their political power to make sure Uber accepts that.

„When the President of the United States yells at a company for its decisions, that’s what people want to see.“

Without unions you will not have a democracy and you will not be able to deal with the massive income inequality that we have. American style capitalism is winning in much of the world. And American style capitalism leads to massive income inequality. The only value that matters is the shareholder – not the worker, not the community. And that is a problem. That is being pushed back against, in a strange way, by Trump. When he, as president of the United States, yells at a company for its decisions: “I don’t care if that decision is good for your company, its bad for America – don’t do it!” In a way, that’s what people want to see: pushing back at that model of capitalism. And there is a future for it. The unions have to be smart and bold. Part of it is really working together, globally. Because you’re dealing with global corporations.

You mentioned that you are close friends with Wilbur Ross. It seems like an unlikely friendship at first glance. Could you tell us a little more about your friendship?

Wilbur is a Republican – I have always been a Democrat. I have always respected him and I found him to be an ethical guy and a good business man. He helped save the jobs of my members. I have always appreciated that. He was doing some restructuring, but he tried to be fair and to protect workers as well as he could. He built good businesses and good businesses are good for workers. He made profit – and when there are profits, there is money to give workers raises. I didn’t agree with him about everything, but I found him to listen and not to be locked into rigidity or seeing himself as the smartest guy in every room. He was a fair and decent guy.

„Where Wilbur Ross has influence – and I think he has a lot – he tries to do the right thing.“

Does he bring those qualities into his role as Secretary of Commerce?

Yes. But Wilbur is not going to say, “no, I’m not doing that” to Donald Trump. But what is true about Wilbur is: he is a rich man. So, Wilbur is not doing it for the money, but because he thinks it’s for the good of the country. Where he has influence – and I think he has a lot – he tries to do the right thing. And Wilbur is very pragmatic. That’s probably why he gets along with Trump. Trump is volatile, but Wilbur is very steady. He is a calm, thoughtful person. He is also very honest. So, he will say if he disagrees with you – but he will do it in a nice, calm way and tell you why. And he will listen. Having him there is better than a lot of other people.