“The government should not declare what is hate speech” 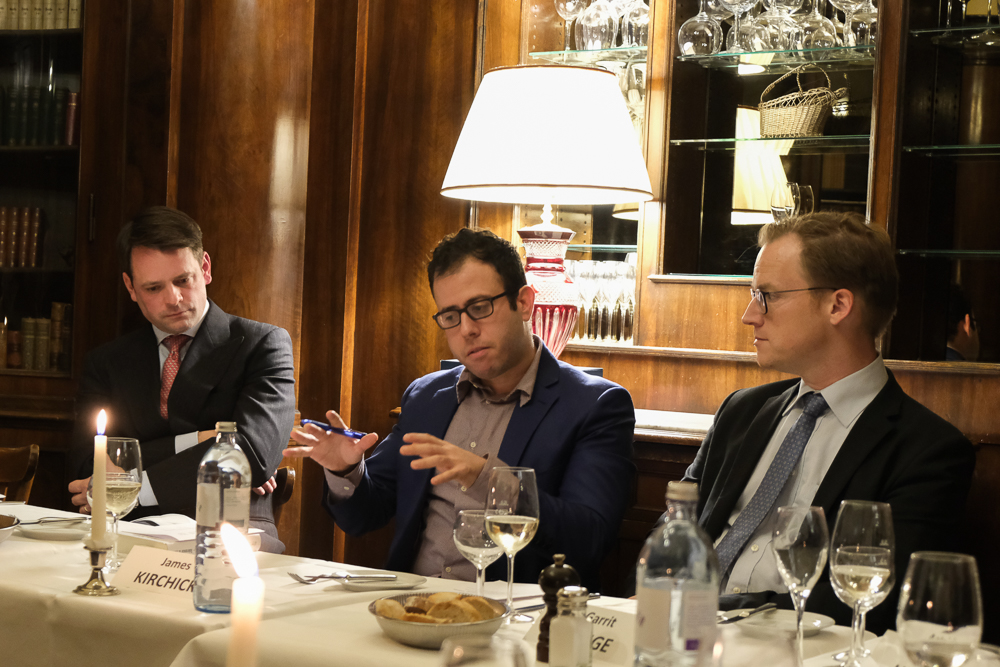 Jamie, do you think that the shift of public discourse into cyberspace and the rise of tech platforms and social media requires a new legal framework?

A legal framework needs to deal with the potentially monopolistic effects of these platforms. There are strong arguments to be made that Facebook and Google are monopolies. In that sense they should be regulated. But as far as regulating what they can and cannot publish, declaring certain content to be hate speech, that is something I would oppose.

Looking at the new German law that we have, the “Netzwerkdurchsetzungsgesetz” or Network Enforcement Act, do you think that the institutions which are responsible for determining what is hate speech or not are the problem?

Donald Trump is insulted by millions of people a day on the internet – including comedians. How would we ever police that in a free society? Why would you want the government telling people that they cannot insult others? I do not see how you can legally distinguish the notion of insult from satire, humor, and political critique. These are all forms of speech. Harassment could be something different. If you are a private citizen and someone is standing outside your door shouting at you, I am not sure that falls into the realm of free speech.

But an insult could potentially also be the beginning of actual violence. There are German politicians, who have fiercely criticized the AfD party and have then been insulted in cyberspace in a way that it was threatening.

In the United States we have the most permissive free speech laws. By the way, we are founded on the idea of freedom and are really the only country that was founded on an idea. We are not a nation based on a particular race, a particular language. Direct threats of violence are not protected by our law. We need to be very specific. If you are clearly calling for violence against an individual, that should be punished. But that happens very rarely.

If we look at German history, the Weimar Republic had very stringent hate speech laws. “Der Stürmer” was one of the most luridly antisemitic newspapers at the time. It was prohibited from publishing or actually had its copies confiscated by the government about three dozen times in the years between 1922 and 1932, the ten years leading up to the Nazi seizure of power. This did not do anything to stop the Nazis. There were much larger forces at play. To attribute political violence or the breakdown of democracy to speech is not historically accurate. We cannot protect democracy by limiting the rights of individuals.

We cannot protect democracy by limiting the rights of individuals.

One of the main arguments of people who advocate for hate speech laws is that this legislation leads to a more civic public discourse which has to be protected.

But Germany has had these sorts of regulations for many years. And now you have an AfD party which you hadn’t had in decades. Maybe that has something to do with a culture where the lines of what was considered a permissible debate were drawn too narrowly.

The usage of Nazi symbols and the denial of the holocaust is prohibited in Germany for good reasons. This is a formative aspect of what we think is in accordance with the constitution and our idea of democracy. Where would you draw the line?

I can only explain the American perspective on this. Has banning holocaust denial resulted in less people believing in it? We can see that antisemitic beliefs are quite high in Germany and they have probably been rising over the past couple of years. I understand that there is no political will, no political benefit to be gained in calling for repealing these laws. Obviously, the circumstances of this country are unique. You had a new constitution written after the devastating war. It was also heavily influenced by the United States. You were basically starting over. Today, and I say this as a Jew, banning holocaust denial is not going to stop people from believing in it. Banning speech or certain ideas does not do anything to limit their appeal, unfortunately. If it did, I would not change my mind because I believe in the principle.

Banning speech or certain ideas does not do anything to limit their appeal, unfortunately.

In one of your recent articles in the Washington Post you wrote that it is a hopeless task to define fake news, differentiate it from different pieces of news and then ban it. However, there are tools to identify fake news that have been artificially generated by a social bot. We know that fake news can seriously harm the processes and formation of the political will before a democratic election. Shouldn’t we do something about it?

The effects of fake news on society have been vastly exaggerated. Studies have shown that most voters had made up their minds. Understandably, people were looking for explanations why Donald Trump became President of the United States. No one could grapple with the real reasons for his victory. Fake news was something that people settled on as an easy explanation.

Do you really think so?

What if Donald Trump says climate change is a Chinese hoax? Do we ban the reporting of those statements? The mere fact that we are having this conversation shows how difficult this is. Aside from outright defamation or slander, which are things that are legally defined and described.

But it is possible to identify the origin of fake news, people who artificially generate these pieces of misinformation.

The platforms have moved into the direction of trying to limit the effects of foreign government sponsored disinformation websites or, at least, to identify them as such.

Which is a good thing.

Right. It is something that the platforms are doing mostly voluntarily. They should be encouraged to do that. But at the end of the day that is like sticking your finger in a flood and trying to stop it. Ultimately, you need an educated citizenry that knows how to distinguish legitimate news sources from those that are not.

Ultimately, you need an educated citizenry that knows how to distinguish legitimate news sources from those that are not.

Consequently, freedom of speech can only be limited in case of expressions that clearly trigger violence.

Yes, in case of direct threats of imminent violence.

What do you find most irritating about the “Netzwerkdurchsetzungsgesetz”?

I am worried that authoritarian countries are learning from this and will use the same tools that are provided by this law in a democratic country and use the same justifications to go after their own citizens in dictatorships. We already see evidence of that. And it frankly makes it harder for us in the West, in the free world to criticize those sorts of policies and actions by dictatorial governments when we adopt similar policies.