A Fairer Tax Approach for the Digital Age? 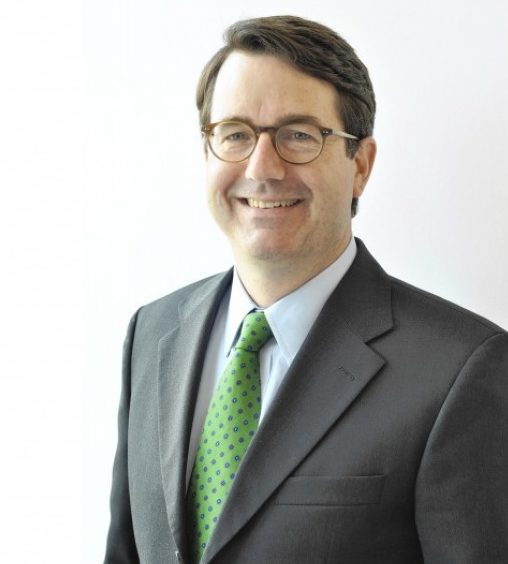 The Juncker Commission’s proposal to tax digital activities could close some loopholes and appears to be gaining favor with Angela Merkel. How to fairly tax constantly evolving business models?

In March of this year, the Juncker Commission released a package of proposed legislation (with rationale) to tax the digital activities of companies doing business in the EU. The digital tax package includes thoughtful, detailed rules to address growing public concern that the usual international tax principles for taxing cross-border activities are no longer sufficient to deal with the dynamic business models of the international digital sector. The concern that is shared by many governments internationally is that these digital businesses enjoy a tax planning advantage over traditional business models that allows them to pay on average a significantly lower amount of corporate taxes. Businesses that are within the scope of the proposed rules may be inspired to think about, among other things, what policy and planning options are available to anticipate one or both proposals being enacted in some form over the next five years.

Which companies will be taxed?

If the company is found to have a substantial digital presence in that Member State, it will be taxed on the profits from activities related to the collection of user data, user-generated content, the sale of online advertising and digital services that are provided largely on an automated basis. The company must use a profit split method within the corporate group to allocate profits to the significant digital presence unless it can demonstrate that another internationally accepted standard is more appropriate.

The Commission’s SDP concept deserves high marks for its detail. It has captured the attention of the international business community and the OECD, which the G-20 tasked last year with producing by or before 2020 a detailed report on the digital tax gap and proposals to address it in a multilateral way.

As thoughtful as the SDP concept may be, the Commission acknowledges that it could take years to develop and enact it in any form on a broad, multilateral basis. It has therefore included in its March package a digital services tax that EU Tax Commissioner Moscovici would like to see agreed in the European Council before the end of 2018 and, at any rate, before the Juncker Commission’s term comes to an end in October 2019. (At the time of this writing, Austria, next in line for the 6-month rotating EU Presidency starting July 1, 2018, had not yet indicated whether a Digital Services Tax (DST) is a priority of its Presidency). It is important to note that the DST would only be an interim taxing solution until consensus is reached in the EU or at the OECD, or both, on a multilateral corporate tax solution.

The DST is focused on digital activities that the Commission considers are not now subject to tax but should be. The DST is a 3% tax on certain revenues (gross basis) generated by companies that are caught by the DST regime. The revenue-generating activities include:

The scope of DST is further limited by the defined category of companies to which the regime will apply, namely, those with total annual worldwide revenues of at least Euro 750 million and total annual EU revenues of at least Euro 50 million. The Commission estimates that the DST would generate annual tax revenue of Euro 5 billion, a relatively modest amount considering the size of the digital economy.

The Commission intentionally crafted the DST as neither a corporate (net income) tax nor a consumption tax (VAT). In doing so, the Commission wanted to avoid tax technical “deal breakers” to launching the DST that could arise under multilateral international agreements and bilateral double taxation treaties. In contrast, the EU VAT regime on electronically supplied services (digital downloads) has been an unqualified success in raising revenue in the EU and, less celebrated, accelerating significant direct US investment into the EU since its original enactment in 2003. Interestingly, EU government officials do not include these VAT revenues in the digital tax revenue analysis on which the digital tax package is based. Yet adjustments to the EU VAT regime could still be a meaningful part of a multi-layered digital tax solution as the policy debates evolve this year and beyond.

Consequences for the US-German Trade Relationship

Since the digital tax package was released in March, the DST has been a lightning rod for criticism from the business community, the US government, and even a handfull of EU Member States. That may be enough to ensure that the DST in any form will never be enacted but the SDP in some form seems to have the greater potential at this moment. Then on May 28, Chancellor Merkel stated publicly that implementing a tax related to the collection of personal data was an issue of fairness and an absolute priority.  Chancellor Merkel referred to both a corporate tax approach and a gross revenue tax as options. The German Finance Ministry, once considered to be one of the key proponents of the concepts in the digital tax package, had taken a more neutral position under new Finance Minister Olaf Scholz. The German government is no longer neutral in light of Chancellor Merkel’s comments.

The German government has rightly been focusing these days on the threat of US tariffs on the German automotive industry. But it should not be expected that the Commission’s digital tax package will be a bargaining chip on US-German (and even US-EU) trade issues. This is highly unlikely from the US side, as the US Treasury Department has exclusive jurisdiction for international tax policy and will likely advance through the OECD digital task force any reservations it has on the concepts under the EU package. The US may need to worry more about the positive impact any aggressive tariff policy against Germany and the EU would have for advancing the EU digital tax package. At any rate, Germany is likely to adhere to the multilateral path to new tax concepts for the digital economy, whether in the EU package or through the OECD project, or both.