Domestic instability and uncertainty with the U.S. may propel Canada closer to Europe 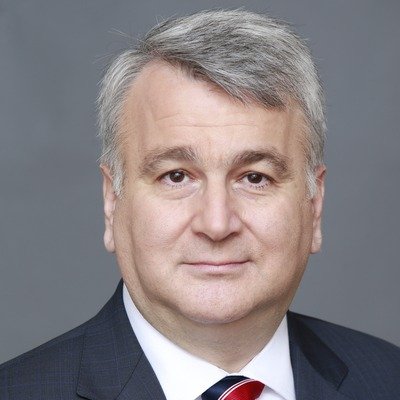 In a world marked by political volatility and uncertainty, many wondered whether Canada was an outlier. In 2015, Liberal Leader Justin Trudeau swept to power on his proverbial “sunny ways” campaign, advancing a moderate, progressive, inclusive vision for Canada firmly fixed on helping Canada’s middle class. In the period between the 2015 and the 2019 federal elections, Canadians were unsettled by U.S. President Donald Trump’s drive to scrap the North American Free Trade Agreement and to remake the North American relationship. Indeed, for Trump, it was not just about remaking America’s role in the world, it was about shaking up the world order ranking from NAFTA, to NATO to America’s relationship with China.

This brief will examine the political context in Canada ranging from the domestic political situation as manifested in the 2019 General Election through to the perceptions of Canada’s major allies. Together they paint a picture of domestic uncertainty coupled with a reaching out to economic and security partners that have a potential to provide stable positive relations.

Leading up to the 2019 General Election, the Liberals enjoyed a comfortable 10 to 15 point advantage over the Conservative Party. This consistent and prolonged honeymoon in the first three years of the mandate was more of a political Potemkin Village than a continuation of the warm embrace of Trudeau’s sunny ways. The two major opposition parties, the right wing Conservatives and the New Democrats which are a left-wing social democratic alternative to the Liberals were both leaderless for a significant portion of the mandate of the Liberals. In the absence of a clear counterpoint or alternative, the Liberals, on paper, looked strong. Fast forward to 2019, and the resignation of two senior women cabinet ministers over perceived interference in the SNC Lavalin legal proceedings which deal with corruption charges and the ‘sunny ways’ of the Trudeau Liberals turned into dark days. Indeed on the very first day the election writs were issued and the campaign began the Liberals were on the defensive responding to new revelations in the SNC Lavalin Affair.

With the Bloc surge in Quebec and blockbuster revelations about Trudeau wearing a brown-face 19 years ago, the Liberals scrambled to hold on to government.

The structural game changer for the Liberals was the rise of the separatist Bloc Quebecois in the French-speaking province of Quebec. Ahead of the campaign, the popular wisdom was that the Liberals would lose seats in many of Canada’s regions but gain in the province of Quebec at the expense of the sagging New Democratic Party. However, Bill 21, Quebec Provincial Legislation banning the wearing of religious symbols for public employees like civil servants, teachers and police officers, reignited Quebec nationalist sentiment which rallied around the Bloc Quebecois. With the Bloc surge in Quebec and blockbuster revelations about Trudeau wearing a brown-face 19 years ago, the Liberals scrambled to hold on to government.

Over the course of 37 campaign days of nightly tracking done by Nanos Research for The Globe and Mail and CTV News, the Conservatives led on 22 evenings and the Liberals led on 15 nights. The seesaw battle continued – with Trudeau being on the defensive and the Conservative Leader Andrew Scheer, also, on the defensive over his personal position on abortion, same sex marriage, holding dual citizenship and fuzziness about his professional accreditation as an insurance broker.

The Conservatives won the popular vote but the Liberals won the greatest number of seats and held on to power largely on the inefficient distribution of Conservative support which was highly concentrated in the energy rich Prairie provinces in the West. With that the Liberal majority was lost and the Liberals now have to work with other parties to stay in power.

The other major shift over the course of the last four years has been in the views of Canadians of their major allies. For the first time in memory.

Setting aside the election and the Liberal set back from majority to minority, the other major shift over the course of the last four years has been in the views of Canadians of their major allies. For the first time in memory. Among the key shifts is a lack of confidence in the ability of Canada to have a positive relationship with the United States. Views of Mexico are currently more positive than views of the United States with is in contrast to the historical public opinion trend. Canadians are more likely to self declare a greater affinity for Europe as a place of shared values, commitment to the rule of law and outright stability. The views that Canadians have of Germany, over the course of the past 15 years are steadily becoming more positive when it comes to perceptions related to shared business values and shared values on human rights.

The message for the Trudeau minority government is that with an uncertain domestic political situation and an unsettled relationship with the United States, greater and closer engagement with Europe represents a potential anti-dote to the anxiety that Canadians have about the future, who our partners will be and where Canada should look. Driven by geography and history, the relationship with the US will continue to be the foundational bilateral focus of Canada. However, given the current situation, Canada is at a moment in time where an increasing number of Canadians would welcome a diversification of Canada’s outward view of it’s economic and security partners. On that front, Europe now more than ever is positively on the radar of Canadians.