“Germany has to be tougher” 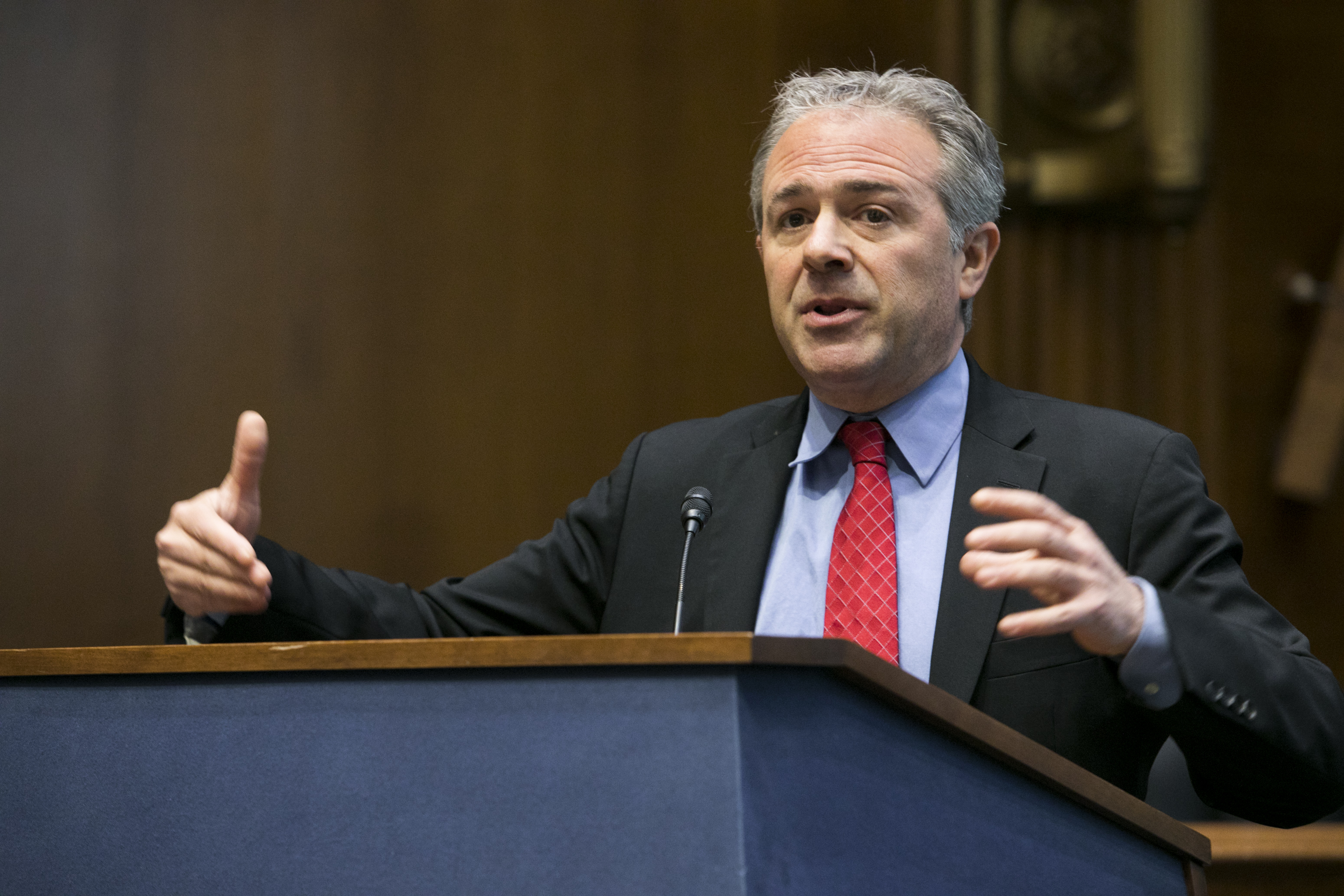 A survey conducted by Atlantik-Brücke and the American Council on Germany has shown that trust in democratic institutions is waning on both sides of the Atlantic, and you also talked about the phenomenon in your speech here at the German-American Conference. How do you think trust in democracy and institutions can be reestablished?

That´s a good question. There is a sort of chicken and an egg element to this because the decline of trust accompanies the declining economic security of the middle of the economy, the middle skills portion of the labor force. So one obvious thing would be to have public policy that addresses those insecurities, that updates welfare systems for the gig economy, that makes them more portable, more adaptable to the 21st century. That, I´m sure, would make people feel more invested in society and in their own as well as their children´s future and help restore some lost trust.

The problem is the decline of trust has disabled the political system to take actions like this. So, it´s quite hard to say practical things that are likely to happen other than to hope and pray that we get some especially talented politicians who are able to thread this needle. Praying for great leaders is not really political science. It is just wishful thinking. But when there is a demand for statesmanship, there must be talented Macron-type figures out there, who understand this is a historical opportunity, who can get these systems to deliver those policies. That would restore a lot of the trust that has gone missing.

In the era of Trump with all his very anti-international rhetoric, do you think that there can be a constructive cooperation between the EU and the US? And if so, what would that look like from the EU-side especially?

If there is a positive impact of Trump on transatlantic relations, it is to force us on the European side to take more responsibility for our fate into our own hands and not to rely on America to do it all for us. That’s not really transatlantic cooperation, that is Europe becoming more coherent as a unit in terms of foreign and defense policy, in terms of its external interaction with the world, particularly in the face of threats from the East from Vladimir Putin and indeed within the European Union itself in the Visegrád countries. That, of course, is a challenge that makes it all the more urgent that we stand up to. I can’t overstate how important it is that Germany showed more leadership on this question.

Not just higher defense spending as a matter of numbers but as a matter of strategic thinking on one hand. Second, much tougher on the illiberal democrats within the European club, whether it’s Hungarians, the Polish. But in matters of upholding the values that bind the European Union together, Germany has to be tougher. I understand why it is a difficult thing to do and there are always consequences and prices to pay. But that’s what leadership is. It is paying prices. It costs to be a leader.

So, would you say that vis-à-vis the US, Europe would be well advised to shore up Western values on its own for now?

Yes! Trump doesn’t believe in these values. There has been a lot of focus recently on how far you get if you flatter Trump. Merkel, to her great credit, doesn’t flatter Trump. She just can´t do it and I don’t blame her. Macron has been trying to flatter Trump. They have the same results, whether you flatter Trump or you don´t. On the other hand, strongmen, authoritarian leaders, don’t really flatter Trump. Trump flatters them. He wants to be like the authoritarians. That’s who he really envies. So, he doesn’t believe in these values. But of course, America does – Trump isn’t all of America and Trump isn´t forever. But while he’s president, the initiative has to be taken elsewhere. Canada is doing ok. Actually, they have a good government. The Australians in a different way, the Japanese in a different way. But really the core of the Western alliance is between the United States and Europe. And if the United States is AWOL, it has to come from Europe. And without Germany we do not get European leadership. It must be boring for Germans to hear that but it is just true.

One last question: You mentioned that you might or might not write another book in a few years on the return of Western liberalism. If you think of the future, are you optimistic or pessimistic?

I’m actually agnostic. If you had asked two or three years ago, I would have said pessimistic. I wrote another book about six years ago about the relative decline of America and I think on that I was a little bit ahead of the curve. Retreat of Western liberalism is right on time as everyone else begins to write about it. In both cases I felt sure of the direction we were going. But if you asked which is more likely: the return of resilience of democracy in the West or a gradual democratic depression I honestly don’t know. It is up to us. It’s up to our actions in the face of these challenges.

Edward Luce is the chief US commentator and columnist for the Financial Times. He writes a weekly column on US politics, economy, and foreign policy. Previously, he served as the FT’s Washington bureau chief. He has also worked as the FT’s South Asia bureau chief in New Delhi, capital markets editor in London, and as the Philippines correspondent. Luce was previously the speechwriter for Lawrence H. Summers. His most recent book is The Retreat of Western Liberalism, and he is also the author of In Spite of the Gods: The Strange Rise of Modern India, and Time to Start Thinking: America in the Age of Descent.

A Graduate of Oxford University in Politics, Philosophy and Economics, he received his post-graduate in journalism from City University, London. He is a frequent guest on Fareed Zakaria GPS, PBS NewsHour, NPR, and C-SPAN.