Nordenman: “Doubts about America’s commitment to Article 5 are removed” 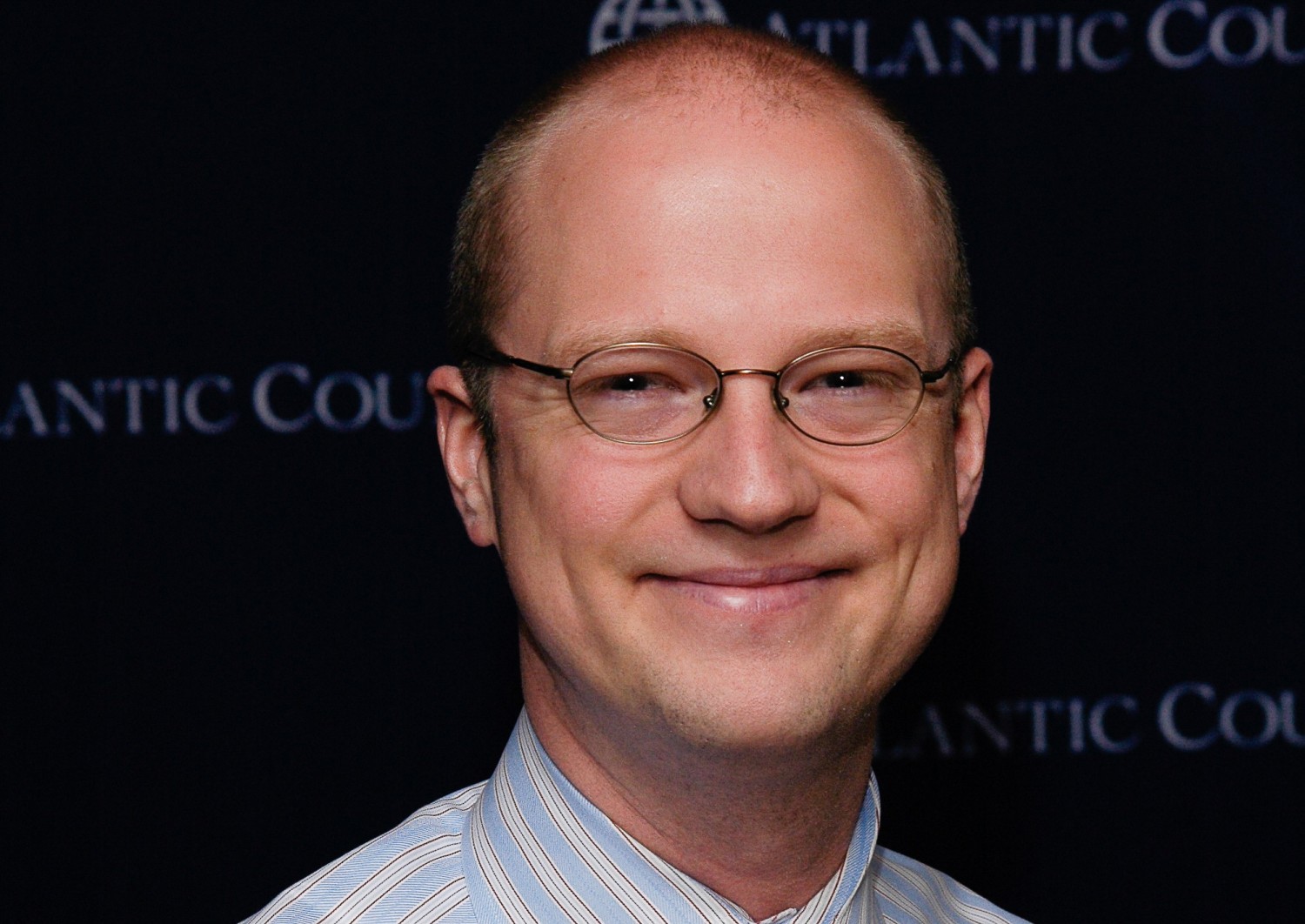 Mr. Nordenman, how steadfast is the U.S. government’s commitment to Article 5 under President Trump?

We’re in a better place than we were at the beginning of this administration. As a presidential candidate, Trump called NATO and America’s commitment into question. And the first summit in Brussels with President Trump was not a good day for NATO. But since then a lot has happened. The vice president has relayed America’s commitments, as have Secretary Mattis, Secretary Tillerson and the president himself. In that sense, the worst is over. We’ve removed most of the doubts about America’s commitment to Article 5 and European security. That’s not to say there won’t be turbulent times ahead. But at least, on that basic level, we are in a better place than we were in early January of 2017.

The first summit in Brussels with President Trump was not a good day for NATO.Magnus Nordenman

Russia is trying to extend its spheres of influence. The Baltics and Poland, in particular, feel threatened by Russia’s aggressive behavior. How reliable is NATO’s security guarantee in this European region?

Uneinigkeit bei fairer transatlantischer Lastenteilung
Russian challenges tire out our population
Gottemoeller: “A demonstration that we stand together”

It’s getting better. The implementation of the Warsaw Summit decisions with an enhanced forward presence in the Baltic States and Poland is a first step. But now we need to do more in the maritime domain, in the air domain, and in reinforcement. NATO is on the right track, and it actually got there surprisingly quickly. One important point that isn’t discussed much in Europe is the fact that European nations are stepping up their efforts – with Germany having the lead in Lithuania, the UK in Estonia and Canada in Latvia. It’s crucial to understand that America is not alone in its commitment to security in the Baltic region.

Correct. It’s not enough, and more needs to be done. But the political point is important: this is not a scenario in which America has to shoulder the entire burden.

North Korea has threatened to attack the island of Guam, which is a territory of the United States. Would such an event invoke NATO’s Article 5 on collective defense?

It might. That’s an unknown factor that wasn’t considered when NATO was first established because the focus back then was obviously on Europe. But Guam is an alliance territory and the only time Article 5 has been invoked was actually in response to the attack on the U.S. Guam is obviously open to legal discussion. A more interesting case is probably Hawaii, which is actually a state in the Union. Hawaii is also within missile range, and North Korea has commenced nuclear missile drills again for the first time since the Cold War. In this new, globally interconnected security environment, both Canada and the U.S. – as Pacific countries and allies – have to be prepared for Pacific events that might also impact NATO.

In this new, globally interconnected security environment, both Canada and the U.S. – as Pacific countries and allies – have to be prepared for Pacific events that might also impact NATO.Magnus Nordenman

Would you recommend NATO to think through these legal issues surrounding Guam?

It makes a lot of sense for NATO to focus primarily on the East and South. That’s where we have intense security challenges. But it’s always good to give your mental muscles a work out and at least think things through to conclusion. It ensures that the decision makers are better equipped to cope with unexpected events. It’s also worthwhile thinking about worst case scenarios. This has been a longstanding challenge for the alliance. If you told someone that NATO would be engaged in central Asia in early 2000, people would have thought you were joking. But then 9/11 happened, and all of a sudden NATO was undertaking its largest expeditionary operation for almost 15 years. So it’s healthy for any alliance to regularly consider the impossible.

Which strategy for NATO does the United States under the Trump administration seek to develop?

This administration, at least at the senior level in the White House, really has two priorities: a better balance of burden sharing and a NATO role in counter-terrorism. A couple of rungs down things get a bit more detailed and granular. One example is the Department of Defense under Secretary Mattis, who has a very good understanding of  the Russian challenge and the importance of defense and deterrence. There’s a lot of good, practical work going on there.

This administration, at least at the senior level in the White House, really has two priorities: a better balance of burden sharing and a NATO role in counter-terrorism.Magnus Nordenman

How far developed is this strategy already?

There’s a growing sense in Washington that the burden sharing discussion is going in the right direction. Then we can move on to the reasons. Is this being driven by Putin or Trump? Europeans tend to argue that it is actually being driven by Putin rather than Trump. Trump supporters tend to argue that it is all being driven by Trump. I like to think the truth is somewhere in between. But whoever is driving it, and however long it takes to get there, this discussion is moving in the right direction.

President Trump’s ‘America First’ strategy seems to put American protectionism in a broad range of policy fields. To what extent does this impact NATO’s strength and the United States’ longstanding aspiration to shape the liberal world order?

You are seeing two separate directions in American foreign policy. I’m less worried about the defense and national security situation. As I said, we’re already past the worst in terms of America’s commitment to NATO. The burden sharing issue is also going in the right direction, and the U.S. is maintaining strong defense relationships with partners such as Australia, Japan and South Korea.

More damage is probably being done on the trade agenda, with President Trump’s proposal to withdraw from the Korea-U.S. free trade agreement and his pulling out of the TPP negotiations. TTIP also seems to have been abandoned for the moment. In that sense, multilateral trade agreements are more at risk than America’s military and security alliances. On a day to day basis these are unrelated. But they do say something about America’s commitment to multilateral solutions and rules-based institutions. At a philosophical level they certainly reinforce each other. So there is a danger of a divide opening up, and of American engagement in the world resting on the single pillar of defense, whereas before it rested on two – the other being multilateral trade.

Multilateral trade agreements are more at risk than America’s military and security alliances. On a day to day basis these are unrelated. But they do say something about America’s commitment to multilateral solutions and rules-based institutions. At a philosophical level they certainly reinforce each other.Magnus Nordenman

The Ukraine crisis remains unresolved. Would the revitalization of the NATO Russia Council help to improve both the situation in Ukraine and the American-Russian relationship?

Broadly speaking, the U.S.-Russia relationship is at its worst since the Cold War in spite of the hopes of the White House to try and restore it. We’ve arrived at this point for a number of different reasons – first and foremost as a result of Russian interference in the U.S. election and its continued aggression in Ukraine. The relationship has taken a turn for the worse since President Trump took up office. There is some consistency here, because the administration is saying the relationship cannot improve until we have a political solution for Ukraine, which puts this administration in line with the Obama administration’s position. The Ukraine remains a huge issue and the topic of supplying arms to Ukraine is back on the table. It was ultimately rejected by the Obama administration but is now being seriously discussed again in Washington.

What is your key takeaway from the NATO Russia Council?

We aren’t going to see any major breakthroughs. Talks are taking place for the eminently good reason that talking to each other is better than not talking to each other. On the one hand we are moving to deter Russia, and on the other we are attempting to engage in constructive cooperation. This isn’t just the European view. Secretary Mattis is also on the record talking about the importance of strong deterrence and dialogue.

NATO’s new command structure and additional headquarters will enhance its troop deployment capabilities. Do you think these changes go far enough to be an effective deterrent against Russia?

This is another very important building block of our deterrence construct, which relies on reinforcements. We’re never going to have enough troops from day one in Poland, or in the Baltic States, or in Romania. It will always be a reinforcement build-up. By the way, it was also a reinforcement build-up during the Cold War. The U.S. certainly has fewer troops in Europe than it had during the Cold War, but even back then a key objective was to channel reinforcements into Europe. It is easy to forget. People like to talk about fighter jets, artillery, and tanks. But these structures, logistics, supplies and reinforcements all keep NATO going. I’m glad we’re finally getting to it because this has been underappreciated for a long time.

That’s a great question! NATO will continue to play a central role supporting America’s national security. The EU has an incredibly important set of European institutions. In that respect we will always be an outsider, but this doesn’t mean there won’t be close cooperation or a close U.S.-EU partnership. We were a founding member of NATO and we’re also one of the leading members of the alliance. NATO will always be important. I remain optimistic about NATO and the transatlantic relationship. We’ve been through bad times and crises in our relationship before. It’s particularly striking how many aspects of the situation today remind me of 2002, 2003 and 2004, another period in which many Europeans believed that America was a rogue country that wasn’t respecting its allies and international institutions.

NATO will always be important. I remain optimistic about NATO and the transatlantic relationship.Magnus Nordenman

You’re talking about the war in Iraq.

Correct. There was talk in Berlin and Paris back then about it being time for Europe to go its own way and reduce its dependence on the United States. But we overcame that relationship crisis. I’m not saying that the situation then is comparable to the situation today. Very different factors are involved. But I’ve heard talk like this before. Domestically, in the U.S., I’m beginning to see a pretty healthy counter-reaction – especially if you look at congressional interest in NATO, congressional delegations traveling to Europe, members of the Senate and the House talking about the importance of NATO and American commitments to Europe, and more funding for the European Deterrence Initiative. The U.S. is definitely going through a turbulent and challenging time, and there is a lot of uncertainty. But I am beginning to see the outlines of a counter-reaction. People here in Washington are waking up and realizing that we can’t take the transatlantic relationship for granted. It is something that we have to nurture as well.